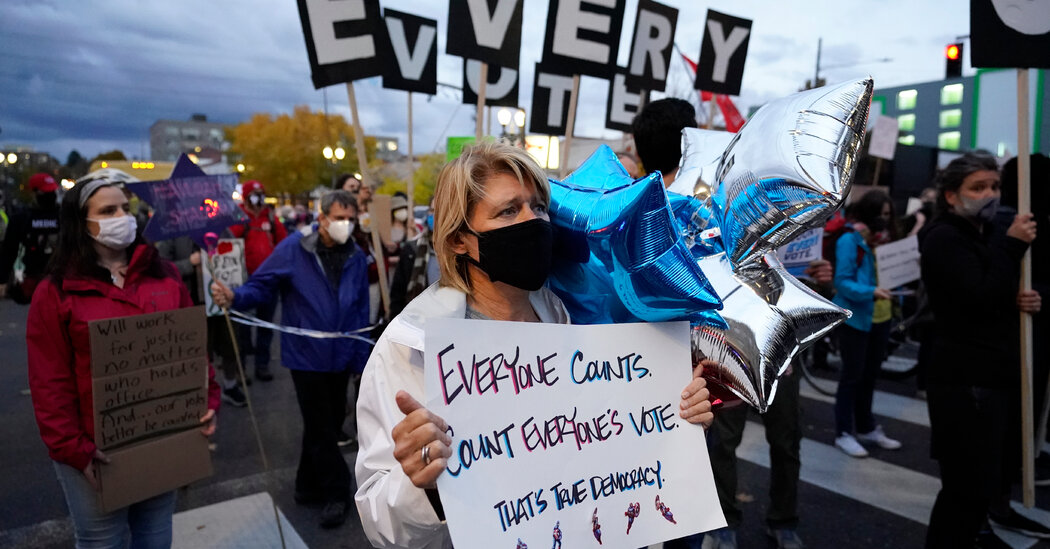 PORTLAND, Ore. — Protests arose around the country as the ballot tabulation in the final battleground states continued, with some demonstrators demanding that every vote be counted and others insisting that the counting be shut down.

In Portland, where a “Count Every Vote” demonstration merged with another one focused on racial justice and police brutality, some people broke away from the group and smashed storefront windows in the downtown area. The police labeled the incidents a riot and swarmed in.

In Minneapolis, hundreds of protesters blocked Interstate 94 and the police made arrests, with demonstrators taking to social media to say that the officers had “kettled,” or trapped them there, to prevent them from dispersing.

Protests also cropped up in Chicago, New York, Philadelphia and other cities. Some protesters called for all votes to be counted, but in other places their agenda was not entirely clear. Sometimes people on the same side of the election pursued opposing goals.

In Detroit, a pro-Trump demonstration called for a halt to vote counting — echoing the president’s unfounded claim that illegally cast ballots were being tallied to flip the race to his opponent, Joseph R. Biden Jr.

But in Maricopa County, Ariz., where Mr. Trump trails Mr. Biden, the president’s supporters took the opposite tack. They gathered outside the elections office and chanted, “Count those votes!”