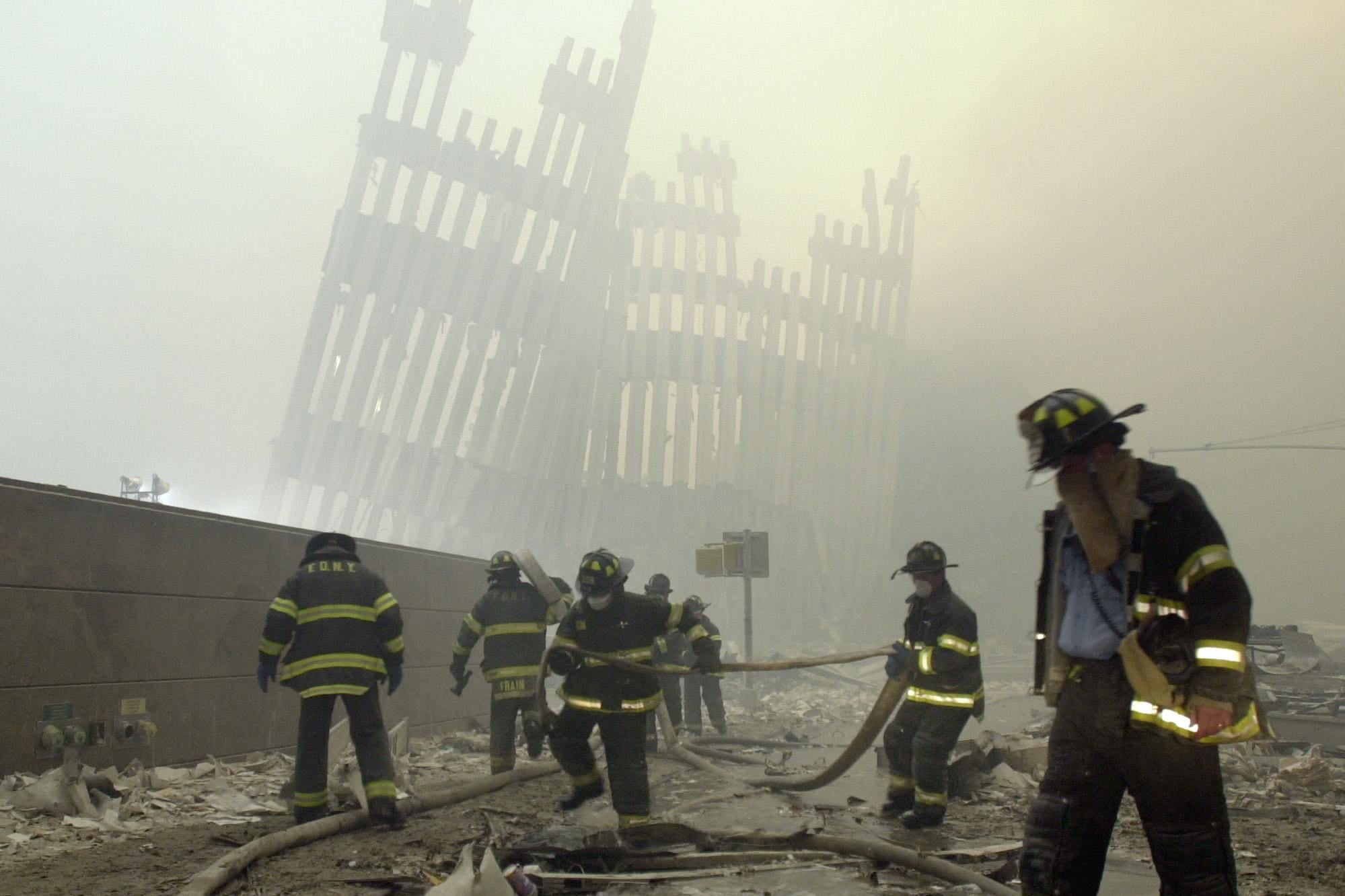 A New York Daily News scoop published Thursday revealed that the Trump administration has siphoned around $4 million from the New York City Fire Department’s fund for its September 11 first responders, drawing outrage on the 19th anniversary of the attacks, but the U.S. Treasury says the money was diverted because of “delinquent debt” owed by New York City to the federal government. 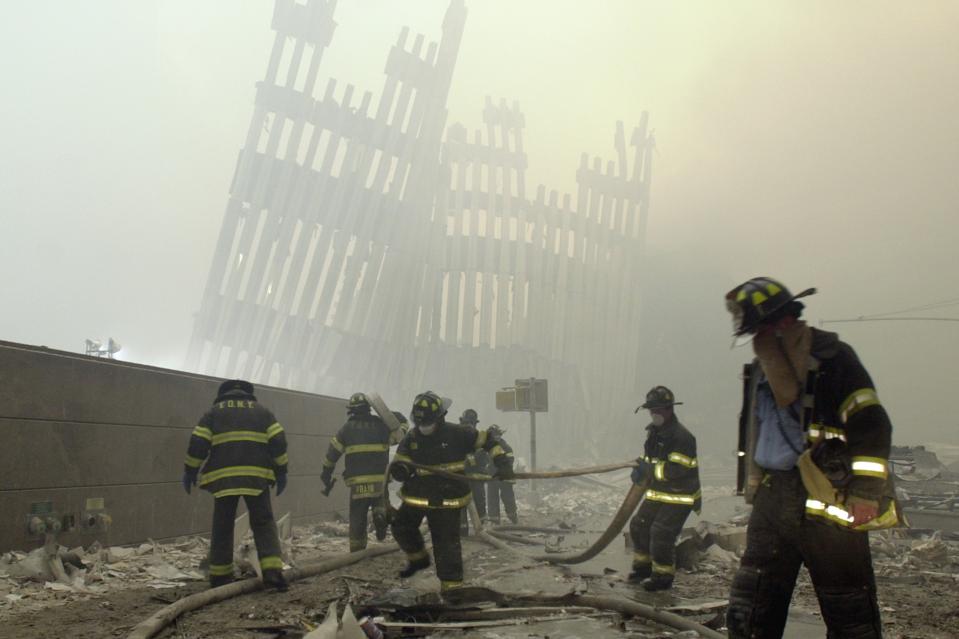 Firefighters work beneath the destroyed mullions, the vertical struts which once faced the soaring … [+] outer walls of the World Trade Center towers, after a terrorist attack on September 11, 2001.

The funds are part of the FDNY World Trade Center Health Program, which was established by the James Zadroga 9/11 Health and Compensation Act of 2010, a bill passed by Congress that provides healthcare to first responders who have suffered a range of illnesses from exposure to dust and smoke at Ground Zero.

Fred Guttenberg, father of Parkland school shooting victim Jamie Guttenberg, said he was “F—KING P⁠—-ED” about the report, because his brother died of cancer from 9/11.

Sen. Chuck Schumer demanded the funds be released immediately, while U.S. Rep. Max Rose, who represents Staten Island and parts of Brooklyn, tweeted, “There is not a single excuse that can justify defunding medical treatment for our heroes suffering from 9/11-related illnesses.”

“From the administration whose identity is built on claims of honoring first responders,” Julie Cohen, director of the RBG documentary, wrote on Twitter.

“This doesn’t surprise me at all,” Army veteran and advocate Paul Rieckoff wrote on Twitter. “Trump did NOTHING to push for the extension of #Zadroga last year.”

U.S. Treasury spokeswoman Rebecca Miller told Forbes that $1.9 million in payments was diverted from the FDNY because of a law that forces “delinquent debt” owed by New York City and other localities to be repaid, and could not explain why the Daily News was reporting $4 million, a 50% discrepancy.

“We are also working with Congressman King and others to examine any potential authorities to provide relief in this case to support our nation’s 9/11 heroes,” Miller told Forbes, but could not provide any examples of how they would do it, and did not have a timeline.

“Here we have sick World Trade Center-exposed firefighters and EMS workers, at a time when the city is having difficult financial circumstances due to COVID-19, and we’re not getting the money we need to be able to treat these heroes,” FDNY Chief Medical Officer David Prezant told the Daily News.

“Pure evil,” tweeted Dr. Dena Grayson, a medical expert who specializes in ebola and other viruses.

If comedian Jon Stewart will respond to the Daily News report. He famously advocated for 9/11 responders and veterans during his time as the host of The Daily Show. Stewart has also appeared before Congress to argue for extensions to the fund.

Friday marks 19 years since two hijacked planes collided with the World Trade Center towers, causing them to collapse in Manhattan’s Financial District. Around 2,900 people—including firefighters, police officers, office workers and others—died in the Twin Towers attacks. Another 40 people died when a third plane, United 93, crashed in a Pennsylvania field after passengers struggled with hijackers to regain control of the aircraft. The Pentagon in Arlington, Virginia, was hit by a fourth plane, killing 175. The Islamic terrorist group Al-Qaeda was behind the attacks, with leader Osama bin Laden orchestrating them. The events of September 11 remain the deadliest terror attacks in human history.