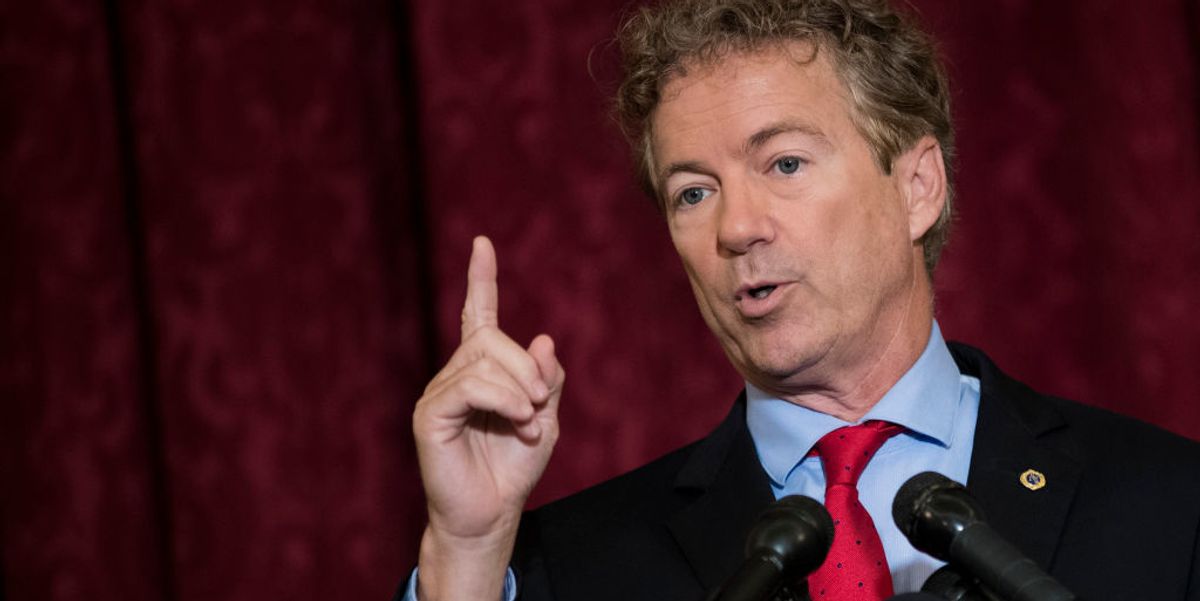 Sen. Rand Paul (R-Ky.) thinks Joe Biden and his son, Hunter Biden, are corrupt — and he wants the world to know it.

“If the president is being accused of withholding foreign aid, and his argument is, ‘Well, we were studying corruption, and we wanted to know about corruption in Ukraine,’ and I think the Biden’s are as corrupt as the day is long,” Paul said. “No young man who is the son of a politician gets $50,000 a month who has no experience, working for a Ukrainian oligarch. You know, for goodness sakes — it smells to high heaven. It smells like corruption.”

“Every day on the mainstream media, they say, ‘Oh, there’s no there there. This has been investigated. There is no corruption.’ I think the American people don’t buy it,” Paul continued.

The Kentucky Republican explained that alleged corruption involving the Biden’s is especially pertinent if both Republicans and Democrats call witnesses during Trump’s trial.

Paul went on to explain that if Trump’s impeachment trial looks like a “kangaroo court” then “all hell is going to break loose,” with Republican voters using their vote to “punish” Republican senators who allow Democratic witnesses, but block certain Republican witnesses, like Hunter Biden.

Paul vowed earlier in the week to force a vote calling on Hunter Biden to testify if Republicans allow Democrats to call their witnesses.