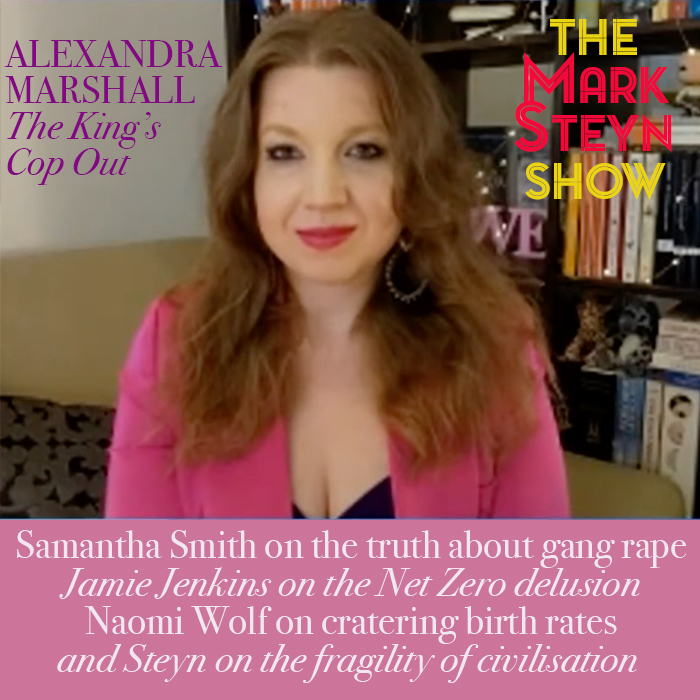 Thank you very much to those who dial up The Mark Steyn Show on GB News every evening. We had a terrific night on Tuesday, beating Sky and Piers Morgan Uncensored and even the Beeb – although, in fairness to the last, they were showing something called The BBC Green Sport Awards, so they were on something of a suicide mission.

Wednesday’s Mark Steyn Show started with Mark’s thoughts on the fragility of civilisation, after which Telford sexual-assault survivor Samantha Smith returned to the show to discuss the Home Secretary’s tough words on the woke police.

Next up were Alexandra Marshall and Jamie Jenkins on different aspects of Net Zero – first, HM The King, who’s all hot for it; next, you, who’s on the receiving end.

We closed out the hour with Dr Naomi Wolf and a follow-up to her more controversial remarks of yesterday.

All that plus your comments and questions in real time along the way. Click below to watch the full show:

Sniffing Hair Through the Window