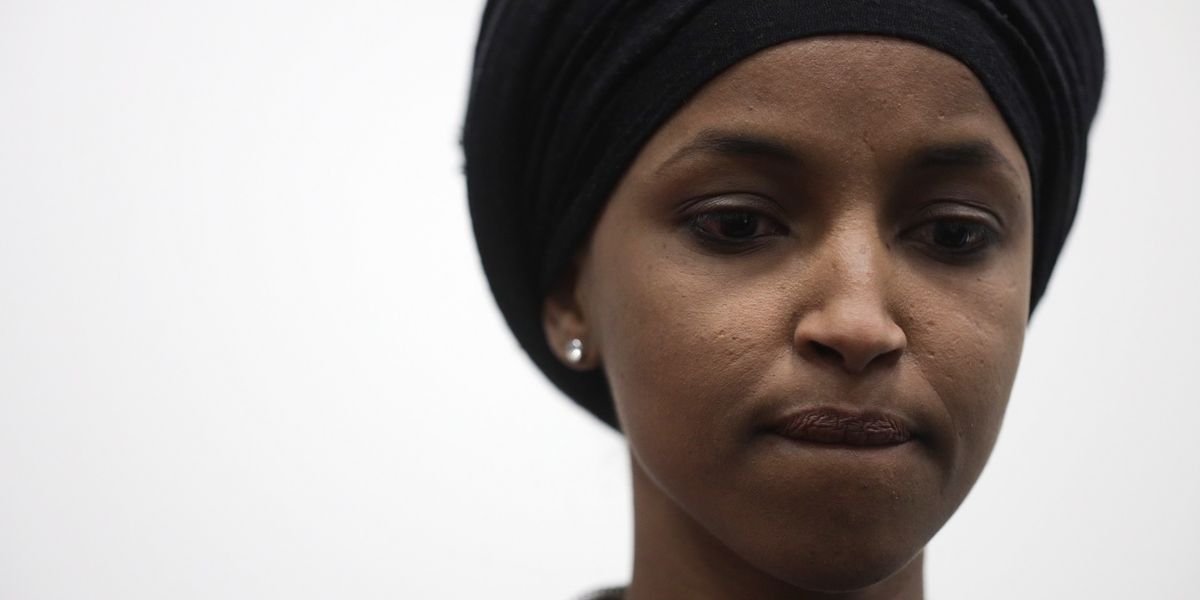 Rep. Ilhan Omar’s (D-Minn.) now ex-husband suspected she was having an affair long before the rumors were public, and made a surprise visit to her Washington, D.C., apartment last year to find the congresswoman and her lover in their pajamas according to a new report.

The Daily Mail published an exclusive story on Friday revealing that Omar’s ex-husband, Ahmed Hirsi, believed she was cheating on him with her head fundraiser, Tim Mynett. Despite the Minnesota Democrat’s insistence that she was faithful, Hirsi walked in on Omar and Mynett both wearing sleepwear when he made an unannounced visit to his wife’s D.C. residence.

“[Hirsi] suspected she was cheating but she kept telling him he was paranoid,” one source told the outlet. “He told her he wanted to move down to D.C. to be with her but she insisted he should stay in Minneapolis with the children. Eventually he surprised her down there and his worst fears were confirmed.”

The source clarified, “It wasn’t that he actually caught them in bed but they were clearly in a romantic situation.”

The Mail cited a second unnamed source who purportedly confirmed the incident, saying Hirsi was left “angry and humiliated” over the encounter that reportedly occurred in the spring.

Omar and Hirsi, who have three children together, divorced in November. Neither he nor Omar have spoken publicly about the reason for their split, and The Daily Mail further reported that Omar agreed to pay Hirsi as much as $250,000 over the course of six years to stay quiet about the matter.

Omar’s rumored infidelity became public when Mynett’s now ex-wife, Beth Mynett, filed for divorce in August citing her husband’s affair with Omar as the reason for the demise of their marriage. It was soon discovered that Omar’s campaign had paid Mynett’s consulting firm hundreds of thousands of dollars.

According to the New York Post, conservative groups have filed Federal Election Commission complaints against Omar over the payments to her lover’s company, which totaled more than $500,000 last year.