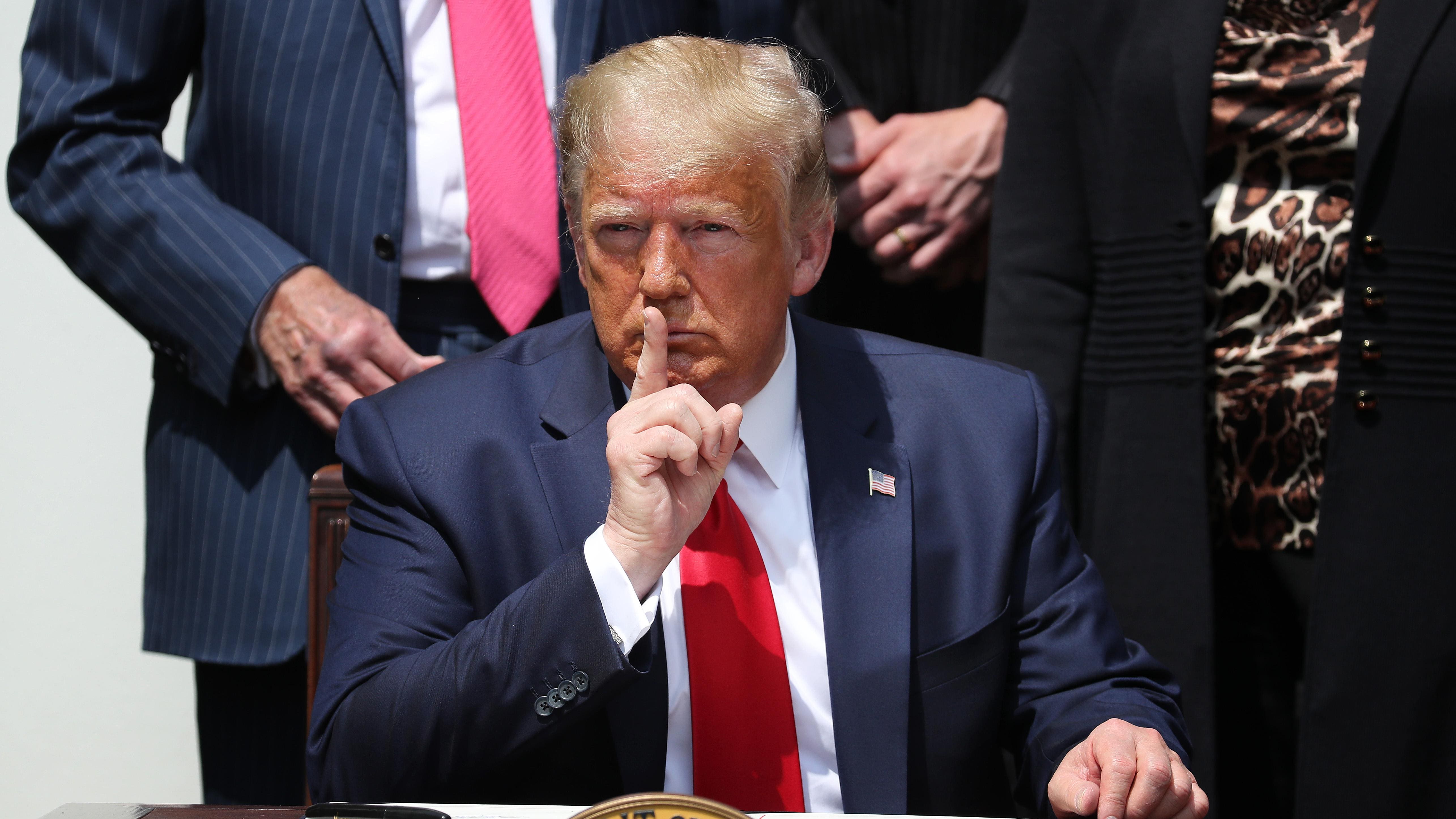 A jarring new report from The Atlantic claims that the Trump campaign is discussing potential strategies to circumvent the results of the 2020 election, should Joe Biden defeat Donald Trump, by first alleging the existence of rampant fraud and then appointing electors in battleground states where Republicans maintain a legislative majority, whom Trump would ask to bypass the state’s popular vote and instead to choose electors loyal to the GOP and the sitting president. 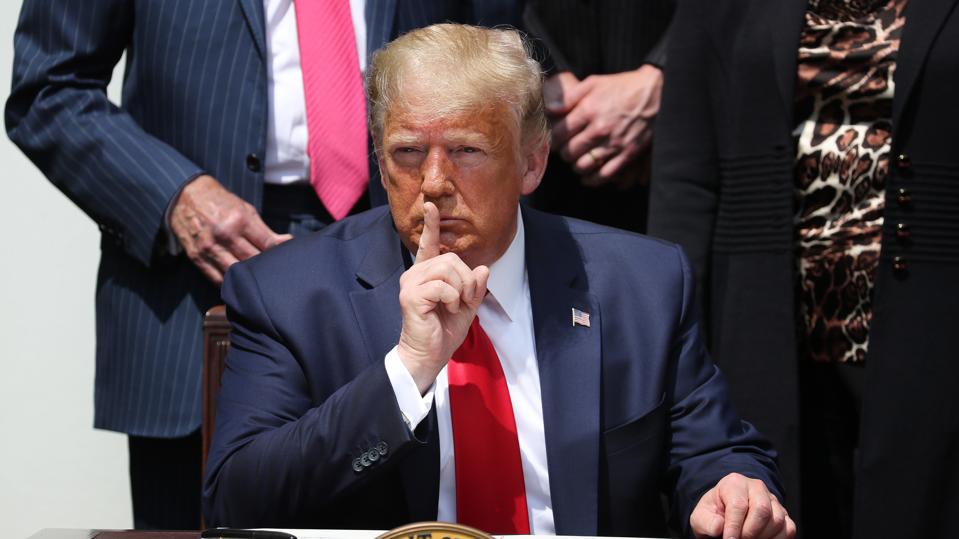 President Donald Trump shushes journalists before signing the Paycheck Protection Program … [+] Flexibility Act in the Rose Garden at the White House June 05, 2020 in Washington, DC. In the midst of nationwide protests against the death of George Floyd, the U.S. Labor Department announced the unemployment rate fell to 13.3 percent in May, a surprising improvement in the nation’s job market as hiring rebounded faster than economists expected in the wake of the novel coronavirus pandemic. (Photo by Chip Somodevilla/Getty Images)

Following the casting of ballots and counting individual votes in a presidential election, the United States Constitution prescribes that the 538 electors who constitute the Electoral College cast their electoral votes, determining the winner.

Customarily, electors are chosen by popular vote, but nothing in the Constitution mandates that tradition, with Article II, Section 1, Clause 2 merely asserting that each state shall appoint electors “in such Manner as the Legislature thereof may direct.”

Since the late 1800s, every state in every presidential election has ceded the decision to its voters, but the Supreme Court affirmed in Bush v. Gore that a state “can take back the power to appoint electors.”

The Atlantic report claims that sources in the Republican Party at the local and national levels confirm “the Trump campaign is discussing contingency plans to bypass election results and appoint loyal electors” in red battleground states.

“The push to appoint electors would be framed in terms of protecting the people’s will,” an unnamed Trump-campaign legal adviser tells The Atlantic, adding, “The state legislatures will say, ‘All right, we’ve been given this constitutional power. We don’t think the results of our own state are accurate, so here’s our slate of electors that we think properly reflect the results of our state.’”

The chairman of the Pennsylvania Republican Party says, on the record, that he has discussed appointing loyal electors with the Trump campaign: “It is one of the available legal options set forth in the Constitution.”

A critical factor in the Trump campaign’s approach is delegitimizing mail-in and provisional ballots and any other votes that are not counted by the end of Election Day, Nov. 3rd, as those other votes are expected to heavily favor Biden. Earlier this summer, Trump tweeted, “MAIL-IN VOTING WILL LEAD TO MASSIVE FRAUD AND ABUSE. IT WILL ALSO LEAD TO THE END OF OUR GREAT REPUBLICAN PARTY. WE CAN NEVER LET THIS TRAGEDY BEFALL OUR NATION.” Later, in a Twitter post in July, Trump wrote, “With Universal Mail-In Voting, 2020 will be the most INACCURATE & FRAUDULENT Election in history.” However, due to the coronavirus pandemic, 2020 will feature more voting by mail than any other election in history. Earlier this week, Senator Bernie Sanders (I-Vt.) said he plans to spend the next six weeks urging the country to prepare for a “nightmare scenario” in which Trump declares himself the winner of the election and refuses to leave the White House. Thus, Sanders recommends states tally mail-in ballots as quickly as possible, urging them to begin processing and counting ballots before Election Day. When The Atlantic asked the Trump campaign to comment on the quotes in the article, and about possible plans to take the unprecedented step of appointing loyal electors, the president’s deputy national press secretary, Thea McDonald, did not address the questions directly. “It’s outrageous that President Trump and his team are being villainized for upholding the rule of law and transparently fighting for a free and fair election,” McDonald said in an email. “The mainstream media are giving the Democrats a free pass for their attempts to completely uproot the system and throw our election into chaos.”

31: An investigation by Justin Levitt at Loyola Law School uncovered a total of 31 credible allegations of voter impersonation out of more than 1 billion votes cast in the United States from 2000 to 2014.

The Election That Could Break America (The Atlantic)