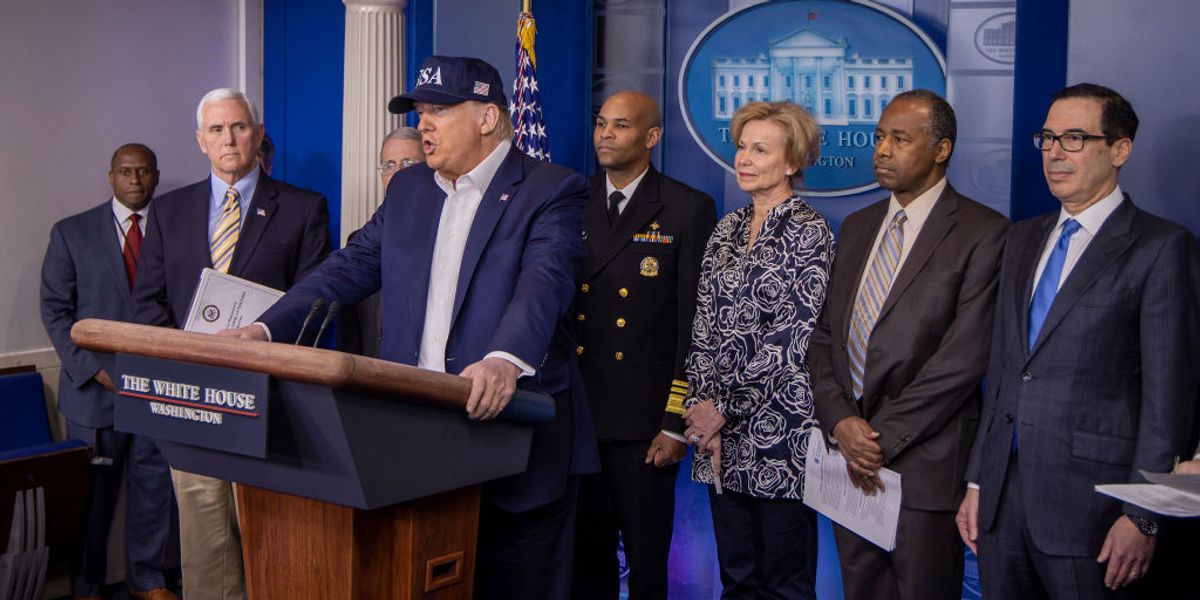 President Donald Trump addressed the nation once again on Saturday morning on the latest developments in the coronavirus outbreak. During a White House press briefing, the president noted additional measures the federal government is taking to keep Americans safe during the national emergency. He even noted that he had taken a COVID-19 test to see if he had contracted the deadly virus after being in proximity with at least one individual who tested positive for the illness.

In light of all the news, a White House reporter for the Los Angeles Times, Chris Megerian, decided to focus on what really matters: President Donald Trump wore a “USA” baseball cap at the press briefing. No, we are not joking Megerian actually raised this as an issue.

“Trump is at the White House addressing a national emergency over a global pandemic while wearing a baseball hat you can buy on his campaign website,” wrote the journalist in a tweet.

When confronted on the absurdity of his tweet, Megerian defended himself replying: “I’m not the one who put a campaign hat on the president’s head.”

‘Thanks for the ad, Chris!’

“Thanks for the ad, Chris!” wrote GOP media strategist Caleb Hull. “You can buy the hat here!” he added with a link to the president’s campaign website where one can purchase the navy cap with an embroidered American flag on its left side for $40.

Even the Trump campaign got in on the fun with Deputy Communications Director Matt Wolking writing: “This poor reporter was triggered by seeing the President wear a hat with “USA” proudly emblazoned on it.”

“I guess we should cut him some slack,” Wolking added. “His bio says he “Previously covered the Russia investigation,” so he’s probably pretty frustrated that he wasted a significant portion of his life on the collusion hoax and has to accept that Donald Trump is still president.”

By Saturday afternoon, Megerian’s tweet was “ratioed,” which is when the number of negative replies to a certain tweet (11,500 in this case) vastly outnumber its “likes” (3,200).

“I’m so sorry this is happening to you,” wrote user @DJNYified.