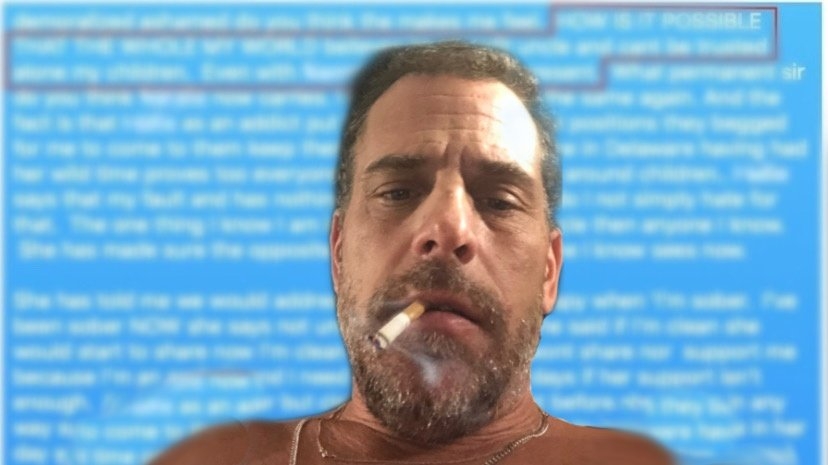 Friday’s Fox News Primetime began with some reflections by me on the difficulties of “keeping it”, as Benjamin Franklin said of republics – which led to Hunter Biden and the protection afforded him by the disgraceful and contemptible court eunuchs of the American media.

You can see my opening monologue in full here. Which is just as well, because Fox had a rather eccentric précis of it, starting with this:

No idea where that came from, but I apologize to the many Scots-Canadians among our viewers for trying to muscle in on your glorious heritage.

As I noted on Thursday’s show, we are witnessing the public-healthification of everything, from climate change to the Second Amendment. The Centers for Disease Control, which can’t control any disease, has now declared racism a public health crisis. Tammy Bruce was on hand to respond:

MARK STEYN (HOST): I see that Brigham and Women’s Hospital in Boston is planning to offer preferential health care based on race. Are you looking forward to this new regime?

TAMMY BRUCE (GUEST): Yes, and we see this flowing out kind of naturally like it was a plan. And the fact of the matter is that the CDC is not just now ruining its brand. It started in 1932 and probably before. But there’s a reason why certain Americans don’t trust the big government and the medical establishment…

John Boehner has a new book out. If you don’t know who John Boehner is, neither do I. But, in this alleged book, our friend Michele Bachmann is the victim of a drive-by slur from Boehner. The only clip I can find from that interview is this partial intro, but we’ll link to any further video should Fox post it:

Lindsay Shepherd was up next, followed by Marc Morano, author of the new book Green Fraud: Why the Green New Deal Is Even Worse Than You Think:

As I mentioned, I’ve written the intro for Green Fraud. It’s available (personally autographed by me) direct from the Steyn bookstore, and also as part of a denialist double-bill with my own book “A Disgrace to the Profession”: The World’s Scientists – in Their Own Words – on Michael E Mann, His Hockey Stick and Their Damage to Science, Volume I.

We rounded out the week with the one and only Lawrence Jones, who’ll be in the anchor chair all next week:

We’ll link to any other video as it’s posted. You can see more from the show here.

As I mentioned yesterday, the leftie rap on Fox News – that all its viewers are extremely ancient and will be dead soon – is complete bollocks. Fox is not only Number One in total audience, but even more dominant in the advertiser-friendly 25-54 demographic. On Thursday, for example, Fox had seven out of the eight top shows in the “demo”, with yours truly at big hit position Number Seven. So even an obscure “Canadian native of Scottish descent” can beat out the entire CNN schedule and all but Rachel Maddow on MSNBC.

We also won our time slot, eclipsing MSNBC’s Joy Reid and CNN’s Erin Burnett. And in total audience we made the Top Ten, and were the Number Eleven show in all cable, which isn’t too shabby for a newish programme at a very early hour in most of the country.

If you’re a member of The Mark Steyn Club, feel free to weigh in below.

For more info on the Steyn Club, please see here. And don’t forget, if you’re in need of the perfect present, there’s always our Gift Membership or – even better – a stateroom on the third Mark Steyn Cruise, whose special guests include the above-mentioned Michele Bachmann.

If you’re in the mood for a different kind of video entertainment, please check in with SteynOnline on Sunday. And, if you prefer me in non-visual formats, we also have some audio diversions for you through the weekend.