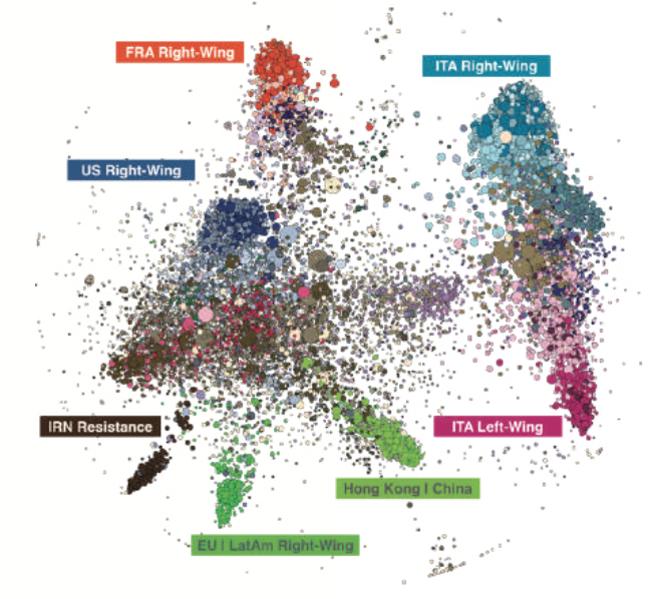 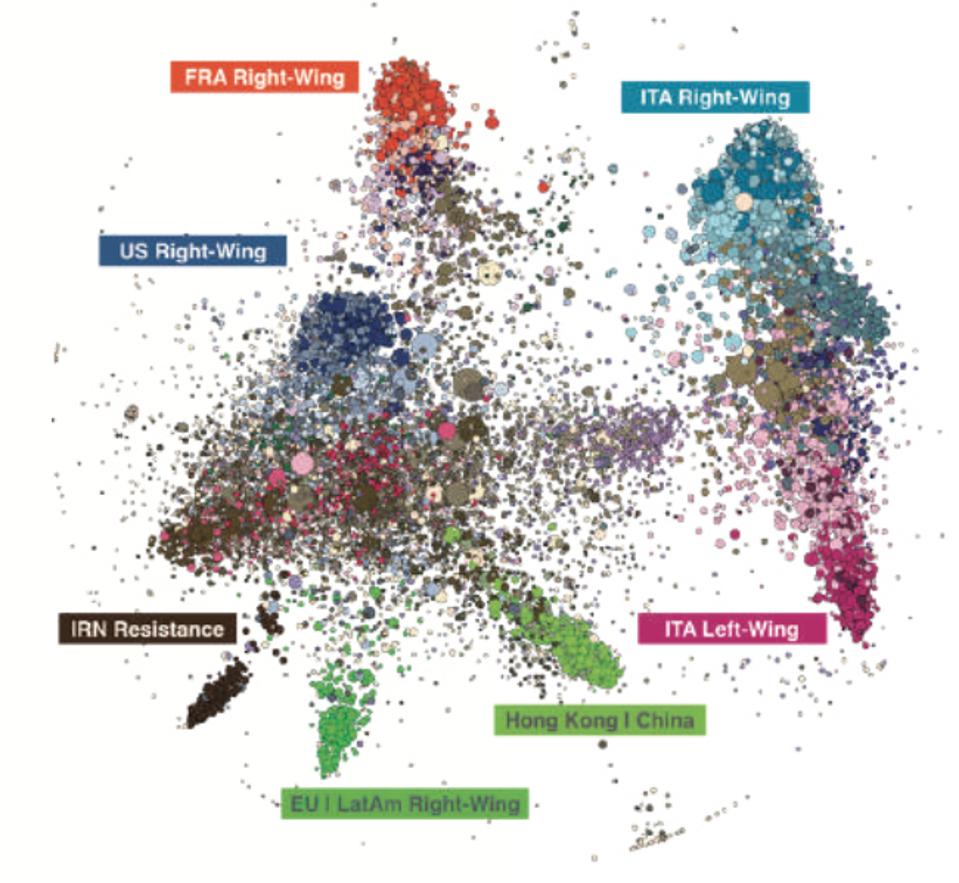 A network map from the Graphika “infodemic” report.

Conservative and right-wing voices play an outsized role in spreading mis- and disinformation online about the coronavirus pandemic worldwide. This is despite their diminishing share of the overall online discussion between January and March of this year. This is according to a new report released today by Graphika, a company that specializes in using artificial intelligence for digital marketing and the study of online disinformation.

Graphika’s findings show that the U.S. right-wing’s share of Twitter discourse about coronavirus peaked in February but declined in March as more mainstream voices began to take up the issue. Nonetheless, the U.S. right-wing has played a particularly important role in the rise and spread of various forms of coronavirus disinformation.

“Conservative groups have a larger total presence than liberal groups in the disinformation map, and the combined volume of activity from conservative groups is 27%, compared with 8% from left-leaning groups,” the report says. “This indicates not only that there are more right-wing accounts, but these accounts are also more prolifically producing content than their left-wing counterparts.” 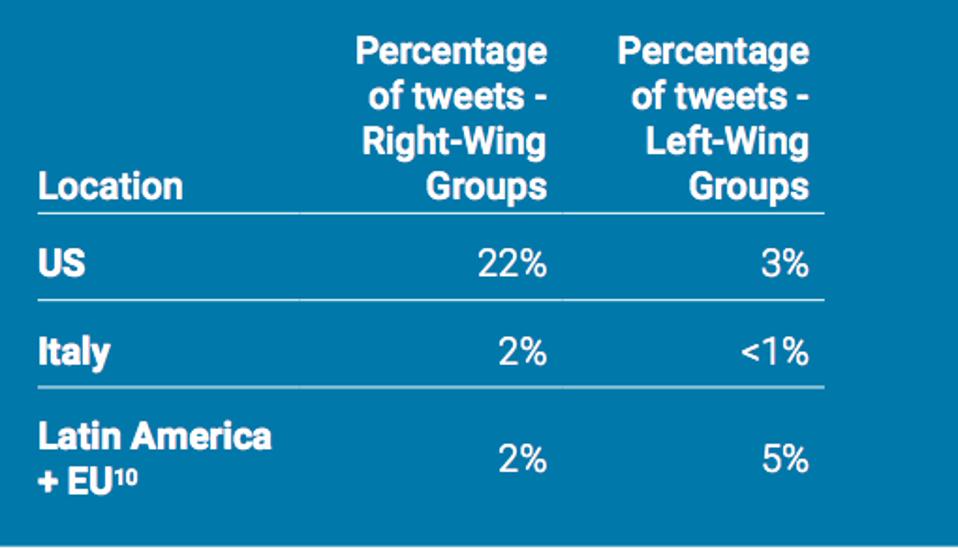 Network Analysis Of The Coronavirus “Infodemic”

Graphika’s report is based on an ongoing project to map and analyze what the World Health Organization has called an “infodemic,” an overabundance of online information, much of it false and misleading, about the coronavirus pandemic.

The company began tracking the online conversation in December primarily by collecting data from Twitter. The company has produced a series of network maps that reflect the state of the mainstream conversation about coronavirus on Twitter in January, February, and March. Nodes on the map represent accounts that have used a combination of coronavirus-related hashtags and are categorized and color-coded based on their geographic location and political leanings. The graphs provide a set of visual “snapshots,” the company says, of how the online discourse has changed during the first three months of 2020.

Graphika produced a forth map focused specifically on disinformation. This map was produced by collecting tweets that used a combination of disinformation-related hashtags and, like the other maps, categorizing and color-coding the resulting accounts.

Finally, Graphika notes the rise of coronavirus-related narratives meant to “stoke geopolitical tensions,” including “undermining trust in global institutions and drawing attention to the failures of other governments, predominantly the Chinese response.” Some of this activity, they said, appears “to be overtly state-sponsored efforts to ‘save face’ abroad, and others appear to be more covert networks of accounts spreading disinformation.”

The report does not contain all bad news, however. It does note that the campaign to push #FlattenTheCurve and related hashtags was successful for a time in mid-March. The campaign was spread mostly by mainstream media, health organizations, and those generally on the left and opposed to President Trump. “The spread of #FlattenTheCurve is a small case study,” the company says, “in the efficacy of science communication that attests to the positive, and likely life-saving, impact of credible information online.”

The Graphika report confirms much of what we have been seeing in more traditional reporting over the last several weeks. After some early success, and despite the overwhelming presence of more mainstream voices in the online coronavirus discourse, the right-wing has continued to have an important influence.

The news has been filled with reports of astroturfed, right-wing “protests” against stay-at-home orders around the United States, which have been stoked by the President and Republican politicians. Like right-wing groups worldwide, the President and his supporters continue to promote health misinformation related to coronavirus. They have, at times, gone beyond legitimate criticism of the Chinese government to stoke racism. They have worked to undermine international institutions like the World Health Organization. The President tweeted yesterday that he intends to ban all immigration to the United States, echoing the anti-immigrant sentiments that Graphika noted in their report.

As such, Graphika’s report lends support to growing concerns over how widespread right-wing coronavirus disinformation has become. It is not just a U.S. online phenomenon, but rather a worldwide scourge.