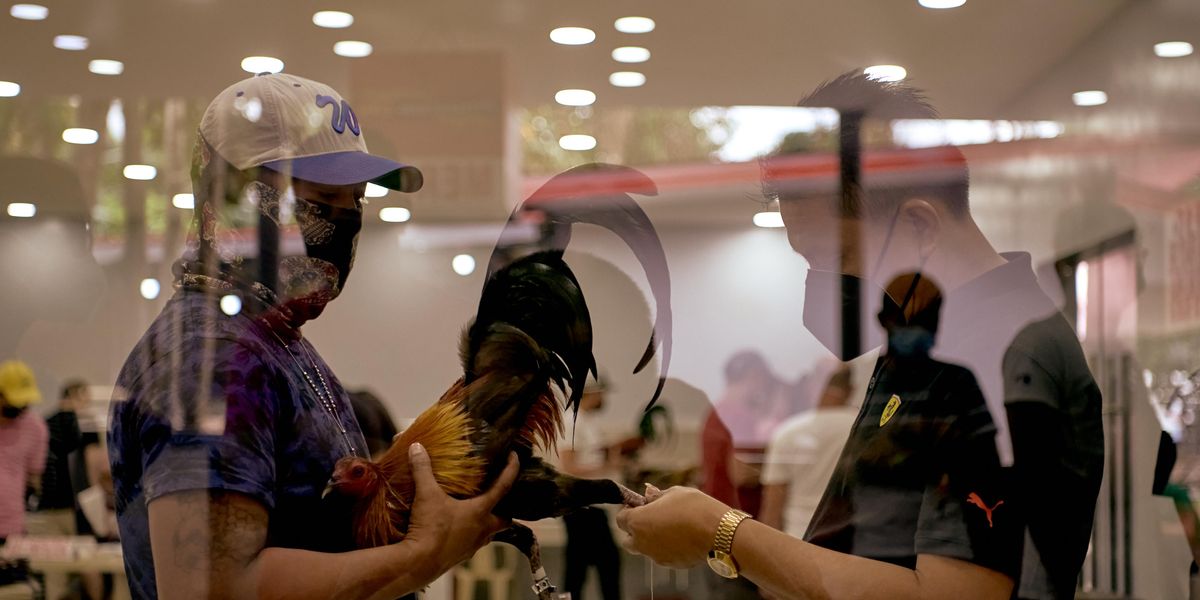 An Indian man is dead after his rooster — which was outfitted with a three-inch knife — stabbed him to death during training for an illegal cockfight, according to a report from the Associated Press.

The incident took place in India, where cockfighting is illegal and has been banned for decades.

According to the report, the man, 45-year-old Thangulla Satish, fitted his rooster with a three-inch knife, which was tied around its leg, while training in the village of Lothunur in Telegana.

During cockfighting training, the rooster was said to have stabbed Satish in the groin. Sustaining heavy blood loss, Satish died on the way to a local hospital.

Police inspector B. Jeevan said Sunday that Satish began “bleeding heavily” after the rooster stabbed Satish in the groin while trying to escape. Jeevan also said that the rooster was taken to the police station before being transported to a nearby poultry farm.

“We may need to produce it before the court,” he added.

Al-Jazeera also reported that authorities are now seeking the identities and whereabouts of the other 15 organizers, who could be charged with manslaughter in connection with Satish’s death. If convicted on manslaughter charges, each organizer could face up to two years in prison.

“Specially bred roosters have 7.5-centimetre (three-inch) knives or blades tied to their legs and punters bet on who will win the gruesome fight,” Al-Jazeera added. “Battles continue until one contestant is either dead or flees, declaring the other rooster the winner.”

The New York Post reports that despite India’s nationwide ban, cockfighting remains popular — and common — in southern India, “often under the watch of powerful, local politicians with big-money bets.”

The AP reported that cockfighting in the U.S. is considered a felony in at least 42 states.