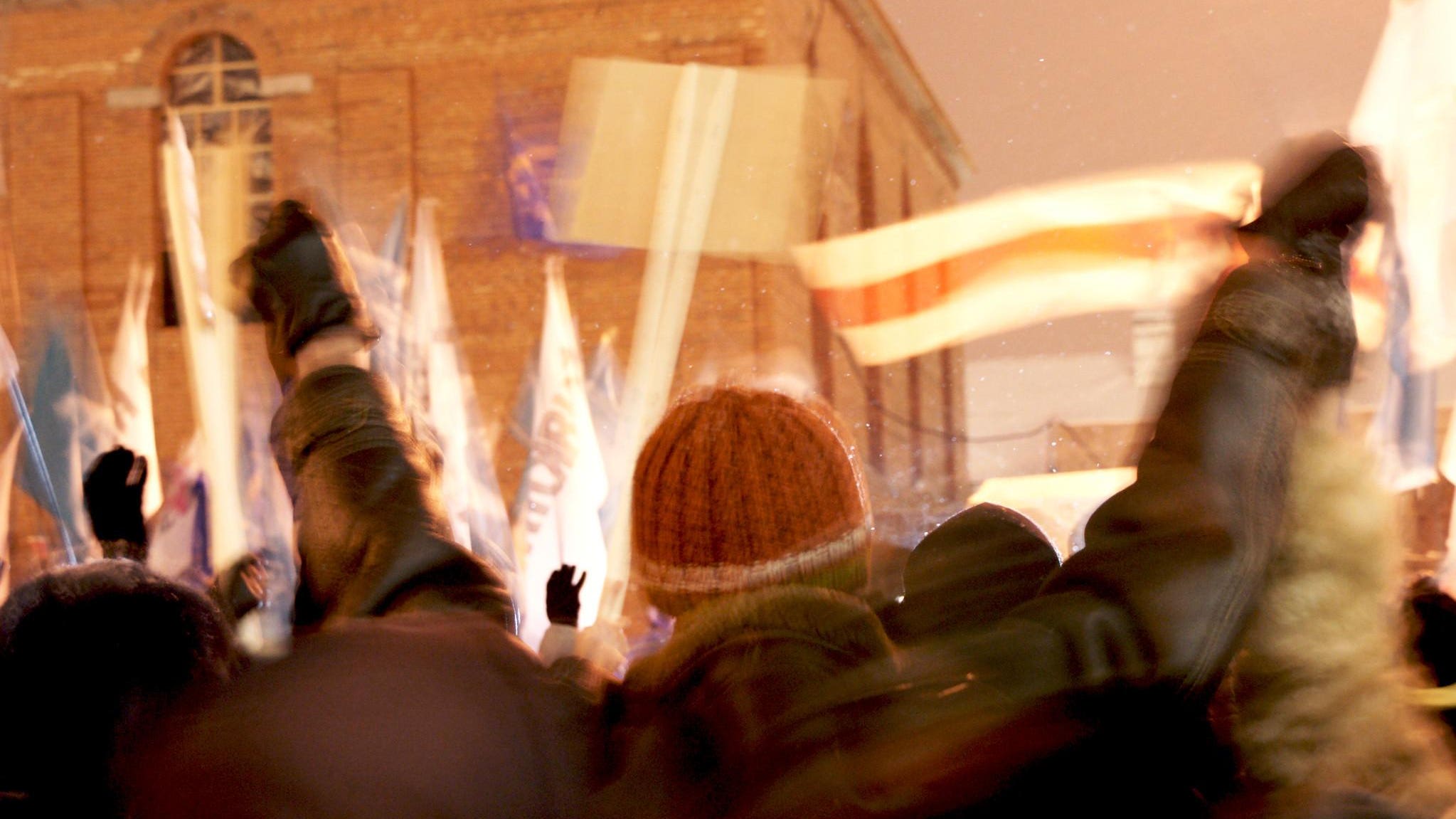 The regime of Russian President Vladimir Putin for many years hungrily has eyed Belarus, the landlocked former Soviet republic of nine million people that lies between Russia, Poland and Ukraine.

And now Putin may have a pretext to annex the country, thanks to Belarus’ embattled authoritarian president.

A week after winning an election that the opposition, observers and much of the Belarusian population decried as rigged, Alexander Lukashenko, Belarus’s leader since the collapse of the Soviet Union, invited Russia to intervene to preserve his regime.

But it’s unclear what Putin will do.

In the aftermath of the apparently fraudulent election, opposition candidate Svetlana Tikhanovskaya fled to Lithuania for her own safety and seemingly millions of Belarusians took to the streets to demand that Lukashenko to step down.

A brutal police response has done little to stem the public protests. Now Lukashenko wants Putin to save him. On Saturday, Lukashenko and the Kremlin reached an agreement for a potential Russian intervention. “We agreed that at the first request there will be comprehensive assistance provided to ensure the security of the Republic of Belarus,” Lukashenko stated.

According to the Washington, D.C.-based Institute for the Study of War, on Saturday night Belarusian state media edited its reporting on Lukashenko’s statement, asserting that Lukashenko would only invite Russian forces into Belarus “in the event of external military threats.”

That’s cold comfort. “Lukashenko will likely increasingly frame the protests as foreign-backed to legitimize calling for a Russian intervention and in a continuing effort to separate protest leaders from the mass of the Belarusian people,” ISW explained.

“Now Putin has a choice,” Julie Ioffe, a Russia expert, wrote at The Washington Post. “Does he repeat his 2014 maneuver [in Ukraine]—letting Lukashenko flee while gobbling up Belarus, risking a backlash from the West—or does he allow the situation to play out and modulate his interference? The fate of Belarus depends on what he decides.”

A potential Russian takeover of Belarus has been a long time coming, and would follow just six years on the heels of Moscow’s annexation of Ukraine’s strategic Crimean Peninsula, and 12 years after Russia invaded the tiny Republic of Georgia on the pretext of “peacekeeping.”

If Russia occupied Belarus, it could create a so-called “Union State” to extend Putin’s leadership over both countries, something the two countries laid the groundwork for in a treaty 20 years ago but which Lukashenko has resisted consummating.

“The Kremlin has a strategic interest in consolidating control over Belarus and ensuring the long-term alignment of its government and its people with Russia,” ISW explained in a May 2019 briefing.

The current protest of Lukashenko’s authoritarian rule is exactly the scenario the Kremlin feared. In Ukraine, pro-democracy protests followed by sweeping regime-change preceded Russia’s invasion of Crimea and its subsequent support of separatists in Ukraine’s eastern Donbass region.

The Russian regime “likely fears the development of a ‘color revolution’ or other political movement to integrate Belarus with the West” after Lukashenko leaves office, ISW anticipated in 2019. But Lukashenko refuses to leave office. The protesters aim to pry him loose.

Russia’s designs on Belarus aren’t only about Belarus. “The Kremlin also intends to expand its military basing in Belarus to expand its threat to the borders of Ukraine and NATO,”according to ISW. “Putin could even view leadership of the Union State as a viable means to remain in power after the end of his latest term as Russian president in 2024.”

But invading Belarus might alienate Belarusians, the way Russia’s designs on Ukraine have turned many Ukrainians into enemies of Russia. “Ukraine was always pulled in different directions by Europe and Russia, but the Russian invasion embittered Ukrainians to a degree that will be inordinately difficult to repair,” Ioffe noted. “Is Putin willing to lose Belarusians for a generation, too?”