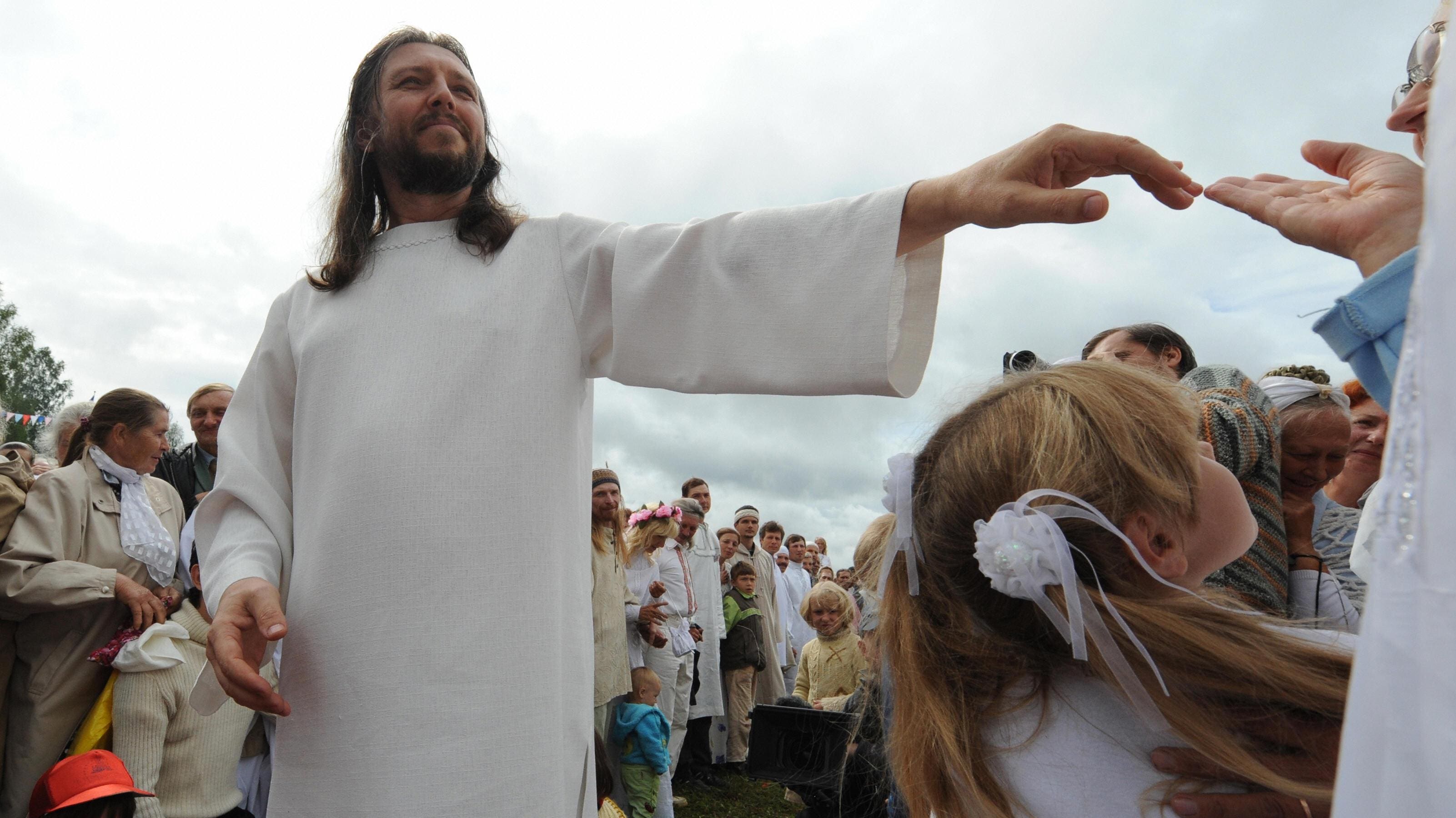 Russian authorities arrested cult leader Vissarion, who claims to be the reincarnation of Jesus Christ, and two of his aides, on accusations of “causing grievous bodily harm to two or more persons” and using “psychological violence” to inflict “serious harm,” Russia’s Investigative Committee said Tuesday. 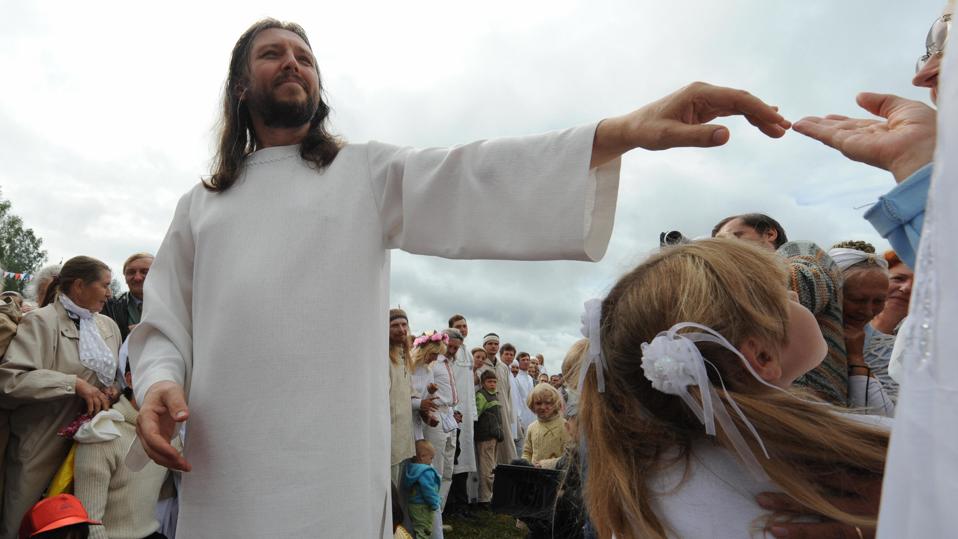 “Vissarion the Teacher”, or “Jesus of Siberia”, Russian ex-traffic cop Sergei Torop meets with his … [+] followers in the remote village of Petropavlovka on August 18, 2009. For thousands of followers, Vissarion is no less than the second coming of Jesus of Nazareth, reincarnated 2,000 years after his crucifixion, deep in the Siberian wilderness. (Photo credit should read ALEXANDER NEMENOV/AFP via Getty Images)

The Investigative Committee and Federal Security Service (FSB) agents detained Vissarion, a former policeman and Red Army conscript whose secular name is Sergei Torop, at his compound in a southern district of the Krasnoyarsk region.

Torop, 59, claims he experienced a mystical revelation in 1990, a year after losing his job as a traffic cop, in which he had been reborn as Vissarion, the returned Jesus Christ.

He reportedly claimed that “God had sent him to earth to teach mankind about the evils of war and the havoc we were wreaking on the environment.”

According to The Moscow Times, Vissarion and approximately 4,000 of his followers (called “Vissarionites”) live in 20 rural settlements in southern Siberia, with the most devoted group of around 300 living atop a remote hill they call the Abode of Dawn.

The Church of the Last Testament reported raids and interrogations in February that were related to a fraud investigation into a school attended by its members’ children, according to Interfax.

The Church of the Last Testament has claimed its secluded settlement in the Siberian forest is the world’s largest religious reservation. In addition to the 4,000 followers that live on the compound grounds, it has been reported that they have another 6,000 followers spread worldwide. In 2017, Vissarion told the BBC: “We have a school of noble maidens here. We’re preparing girls to become future wives, future brides for worthy men,” adding that women have “to understand not to rise above the man, not to be proud of her independence but to be shy, inconspicuous and weak.” Vissarion has six children with two wives, “having at one stage married a 19-year-old who had lived with him since the age of seven,” according to The Daily Mail.

Vissarion abolished Christmas and replaced it with the anniversary of the date of his own first sermon (August 18).

A Visit with the Vissarionites (The New Yorker)