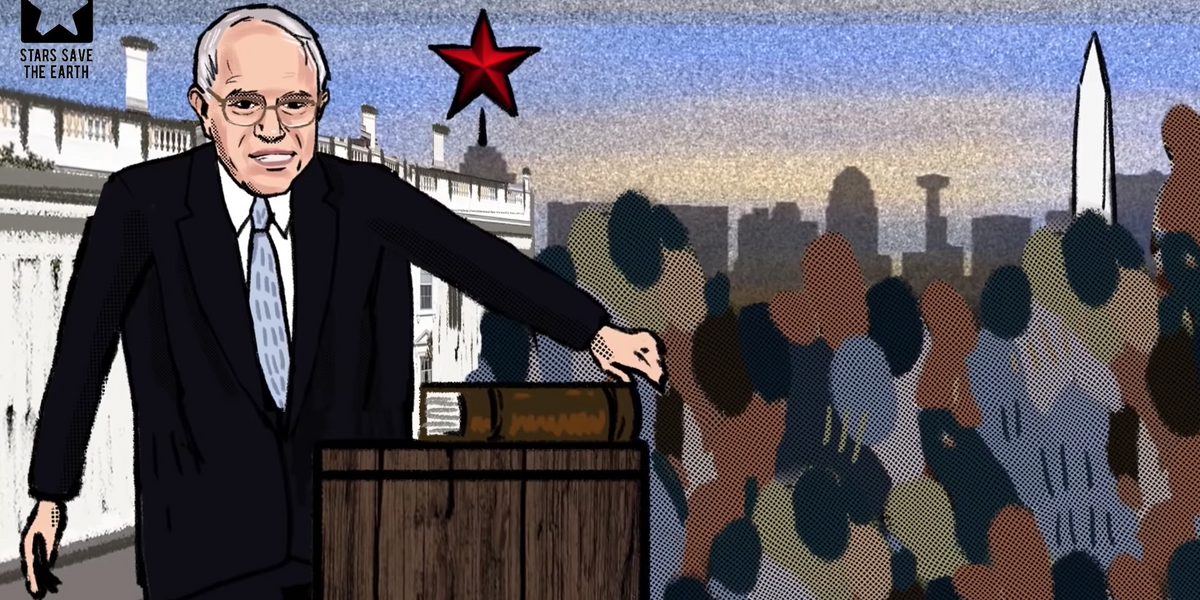 A pair of Russian comedians claim they have successfully pranked Sen. Bernie Sanders into believing he was speaking to climate activist Greta Thunberg and her father in an 11-minute phone call.

According to the New York Post, Vladimir Kuznetsov and Alexey Stolyarov, who have a history of targeting politicians and high-profile leaders, shared a recording of the phone call on YouTube on Thursday and confirmed the call to the Associated Press.

The call took place in early December, but Kuznetsov said they decided to release it now as a result of Sanders’ front-runner status in the Democratic presidential primary.

The conversation began with Stolyarov playing the role of Greta’s father, Svante, while a woman posed as the teenage girl discussing with Sanders the possibility of “Greta” endorsing his campaign, WJBL-TV reported.

“Let us continue to talk and when you come to the United States I will bring some people together and we can do some interesting things, and if you wanted to make a statement in support of my candidacy and the program we have outlined for climate change, I would be very very appreciative,” Sanders said.

“Greta” also proposes to record a rap song in support of the Vermont socialist along with “singer Billie Eilish and rapper Kanye West.”

Sanders’ trip to the Soviet Union

Sanders welcomed “Greta’s” support and said her endorsement would be “terrific.” He then attempted to end the conversation, but the pranksters said the teenager is about to visit Russia and asked Sanders for advice on proper protocol during the visit.

The presidential candidate warned “Greta” to be cautious and highlighted Russia’s poor record on environmental issues. “I think what you don’t want to do is simply walk in there and get used,” he said.

“Russia and Putin have been very bad, as far as I know, on climate change,” Sanders explained. “They have a lot of oil, oil is important for their economy, they make a lot of money on oil.”

“Greta” then turned her attention to Sanders’ 1988 honeymoon in the Soviet Union; that’s when the Vermont senator caught on to the prank.

“In the Soviet Union in 1988, after you were recruited you were programmed to work for Russia and your memory was erased so the CIA wouldn’t track you down,” she said.

“This is what you believe?” Sanders responded.

Sanders then hung up the phone.

The presidential candidate’s campaign has not confirmed the authenticity of the call.