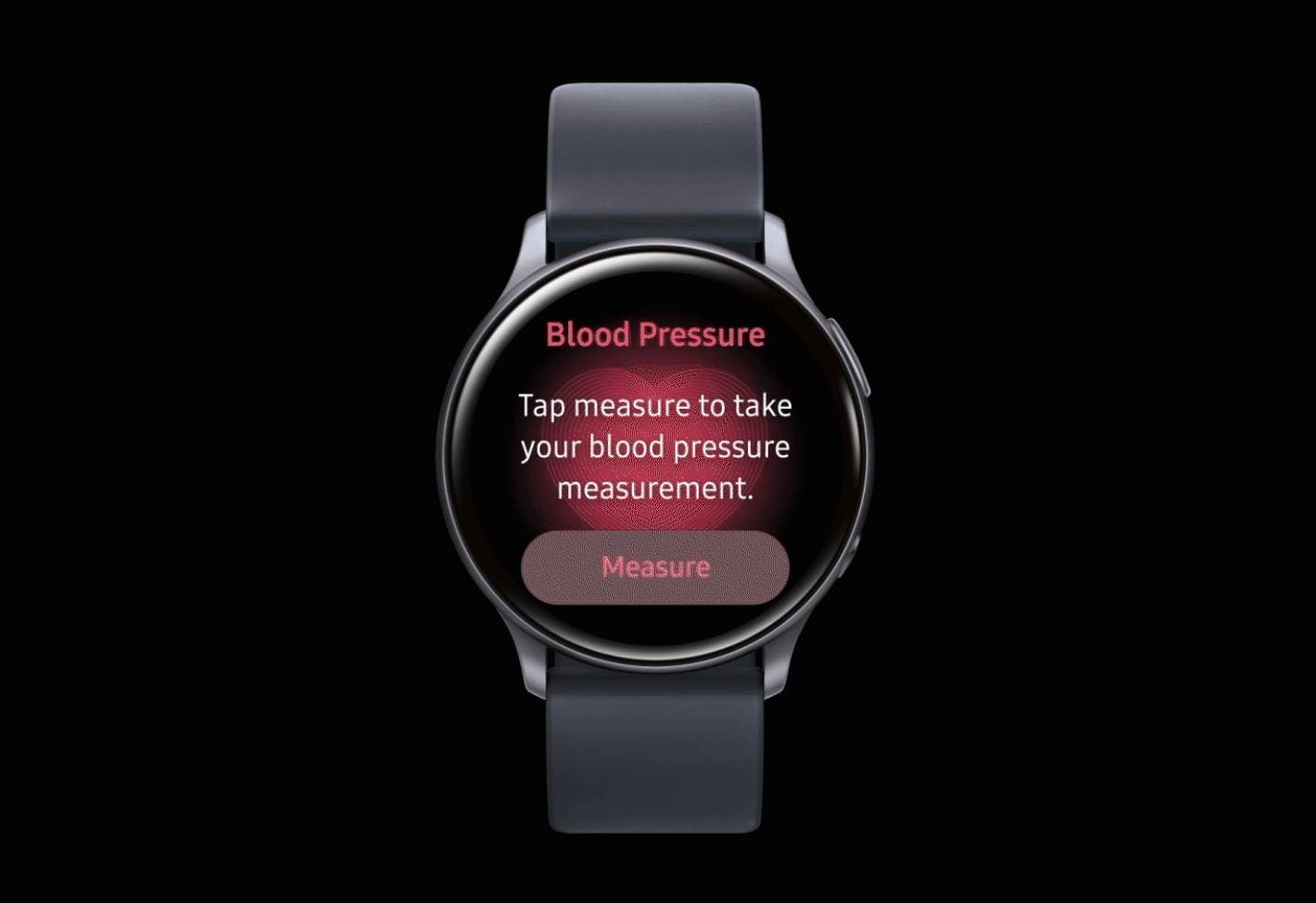 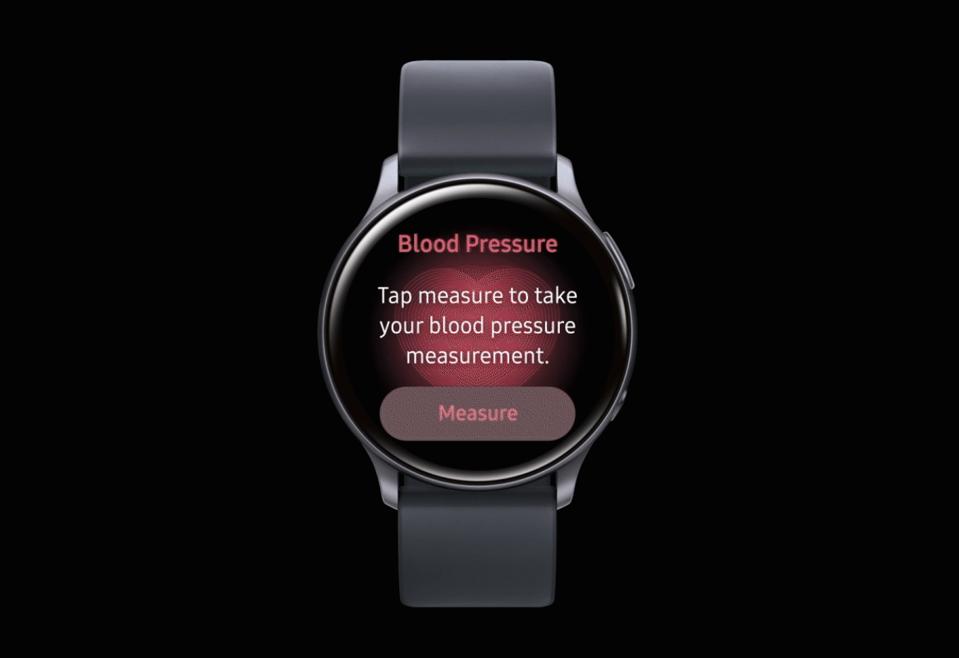 Samsung Galaxy Watch Active2 is the latest smartwatch from the Korean giant, and is newly released in a cool Under Armour special edition. But the coolest feature has just been confirmed as going live in the coming months. And it’s something that Apple Watch and other smartwatches can’t do. Not even the much-anticipated Withings Scanwatch, which is also superbly versatile can do it.

The new trick the watch can perform is blood pressure monitoring.

Now, if this seems a bit déjà vu, there’s a reason for that. Samsung announced blood pressure monitoring before, promising it for a previous Samsung Galaxy Watch model but it never materialized.

Now, however, Samsung has announced that the Galaxy Watch Active 2 will add blood pressure monitoring later this year, some time between July and October. And after that it will be added to future devices.

This is a big step forward for Samsung’s smartwatch range which, though consistently eye-catching and with blisteringly bright displays, have never caught the imagination like the Apple Watch.

Blood pressure monitoring is a great addition, taking the health capabilities up a level.

But there’s a catch. A couple, actually.

First, it’s only coming to South Korea, because that’s where the country’s Ministry of Food and Drug Safety has given it clearance. That’s how these things work: when Apple added the capability to take an ECG measurement, it was U.S.-only at first, rolling out to other countries when clearance was granted. 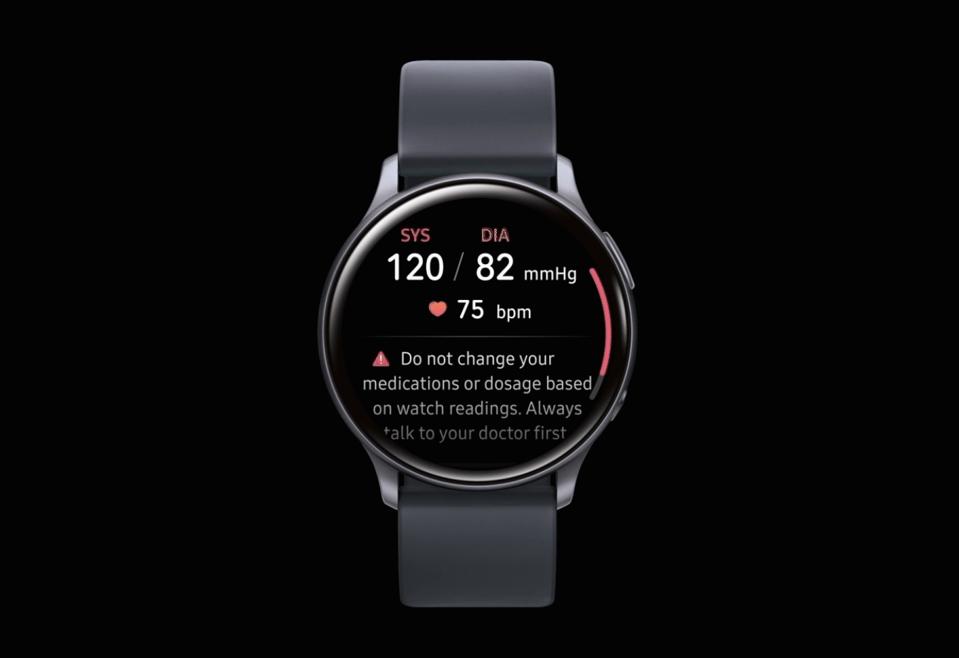 The second catch is exactly how it will work.

Before it can do things accurately, you need to calibrate the Watch sensor using a separate, standalone blood pressure monitor. After that, you simply tap Measure on the watch.

Once your Galaxy Watch Active2 device has been calibrated with a traditional cuff, you can simply tap to “Measure” your blood pressure anytime, anywhere. The device measures blood pressure through pulse wave analysis, which is tracked with the Heart Rate Monitoring sensors. The program then analyzes the relationship between the calibration value and the blood pressure change to determine the blood pressure.To ensure accuracy, users are required to calibrate their device at least every four weeks.

So, you might ask, why shouldn’t I just use the cuff, seeing as I need to check the result every month? Well, first of all, if this is a metric you are interested in, chances are you may have a standalone cuff already so a once-a-month check-up isn’t arduous.  And, second, for the rest of the month you have the convenience of doing it on your wrist in seconds.

When it will be available elsewhere isn’t clear, though Samsung has said there are no current plans to release it in the U.K., for instance.

It’s a cool addition, cleverly done, and I imagine it’s one of the areas Apple will surely be looking at, too.