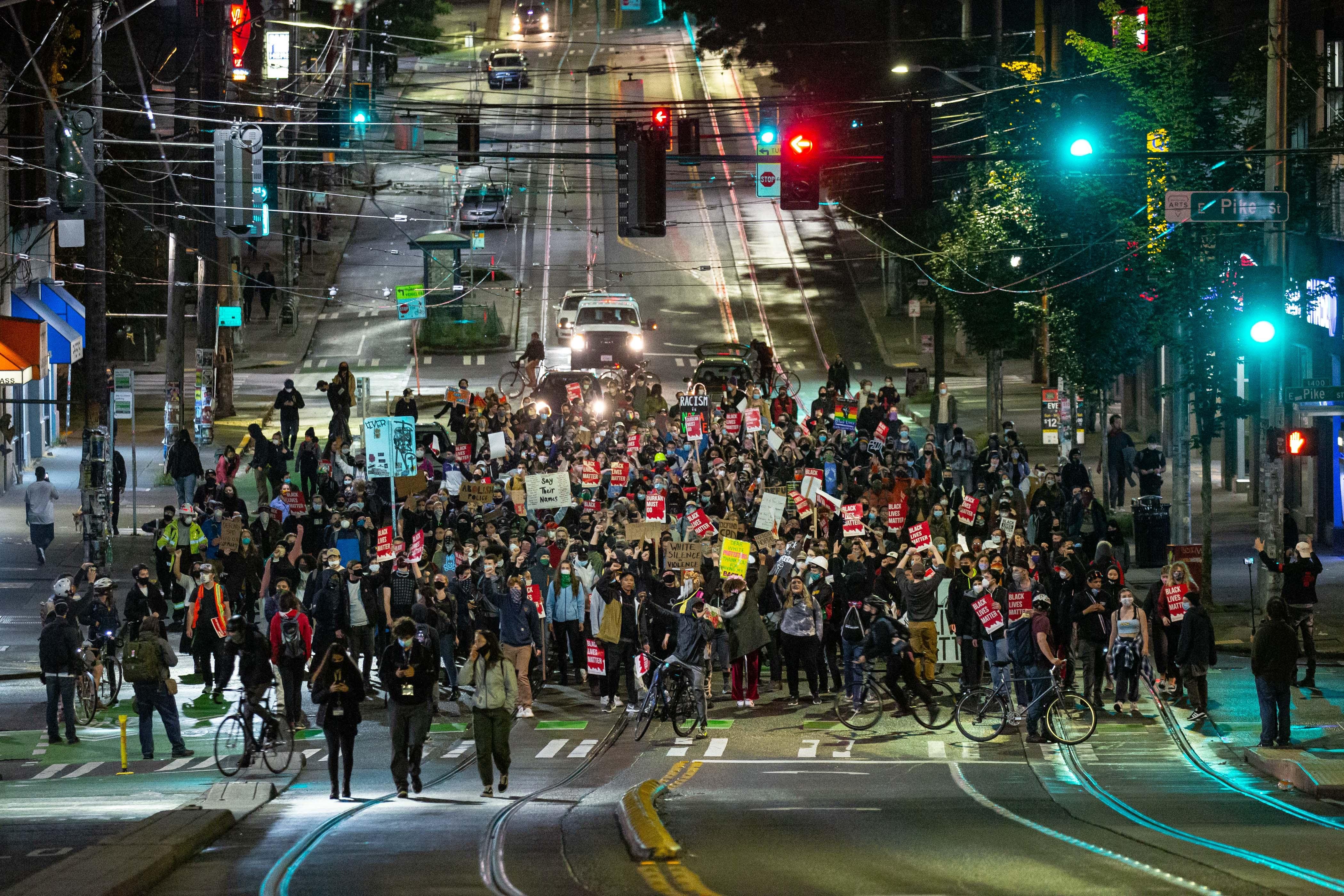 Protesters in Seattle took over City Hall for about an hour Tuesday night and demanded the resignation of the city’s mayor, Jenny Durkan, hours after a Black Lives Matter group sued the Seattle Police Department, alleging that the city has violated the constitutional rights of demonstrators by using harsh crowd control tactics, in just the latest uproar over the police tactics toward protesters in the two weeks of turmoil following George Floyd’s death. 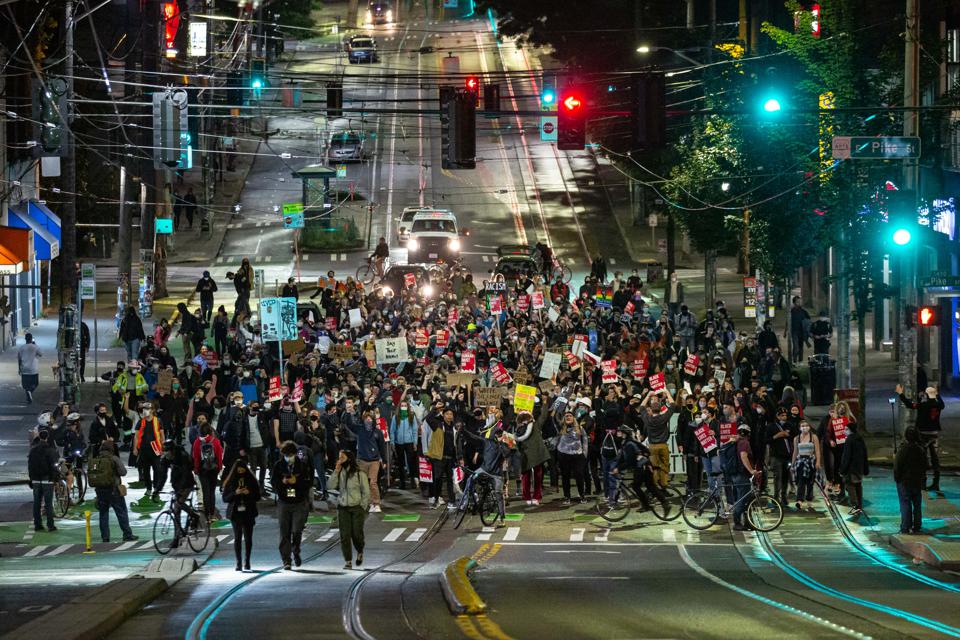 Demonstrators proceed to the Seattle Police Department’s East Precinct after marching into Seattle … [+] City Hall, led by Seattle City Council member Kshama Sawant, on June 9, 2020, in Seattle. Protests have continued in many parts of the city.

A large group of protesters, led by Seattle City Council member Kshama Sawant (who had keys to the building,) marched inside City Hall at around 9 p.m. and flooded the lobby, chanting, “Durkan must go!”

After occupying City Hall for about an hour, the protesters retreated to the self-declared “Capitol Hill Autonomous Zone”—an area outside the police department’s East Precinct where demonstrators have established a quasi-camp by night, arrayed with memorials for George Floyd, before mostly dispersing at around 2 a.m. local time.

Earlier Tuesday, a Black Lives Matter group filed a lawsuit against the city of Seattle, alleging “unnecessary violence” by the police department in controlling and suppressing protests; Seattle officers have used tear gas, pepper spray and other less hazardous weapons to break up crowds in the last couple of weeks.

Last week, Sawant—who had been critical of the mayor before the Floyd unrest—blamed the mayor for the harsh police tactics and called on Durkan to resign, accusing her of being responsible for “violence and brutality” in the city’s response to “overwhelmingly peaceful” protests; the Seattle Times reports that several other council members “have questioned” Durkan’s response to the protests, but no members other than Sawant have called on the mayor to resign.

Durkan, a Democrat, has condemned Floyd’s killing and been largely supportive of the protesters in the city, blaming a small group of violent people who destroyed property and attacked cops during the protests.

After facing backlash, Durkan and Seattle Police Chief Carmen Best tweaked crowd-control tactics, including ordering officers to display badge numbers and banning the use of tear gas for at least 30 days.

“If Mayor Durkan refuses to step aside, it will be the responsibility of the City Council to remove her, by introducing articles of impeachment,” Sawant added last week.

“The police have inflicted tear gas, mace, rubber bullets, flash-bang grenades, curfews, arrests and other repressive tactics on Seattle activists and residents—including children—in an attempt to bully and silence the protest movement,” she said.

When asked about the lack of social distancing in City Hall on Tuesday, Sawant recognized that the demonstrators were taking a risk. “It does (enhance the risk),” she said. “I don’t deny it. The rebellion is still happening. That shows you the complete failure of capitalism as a system.”