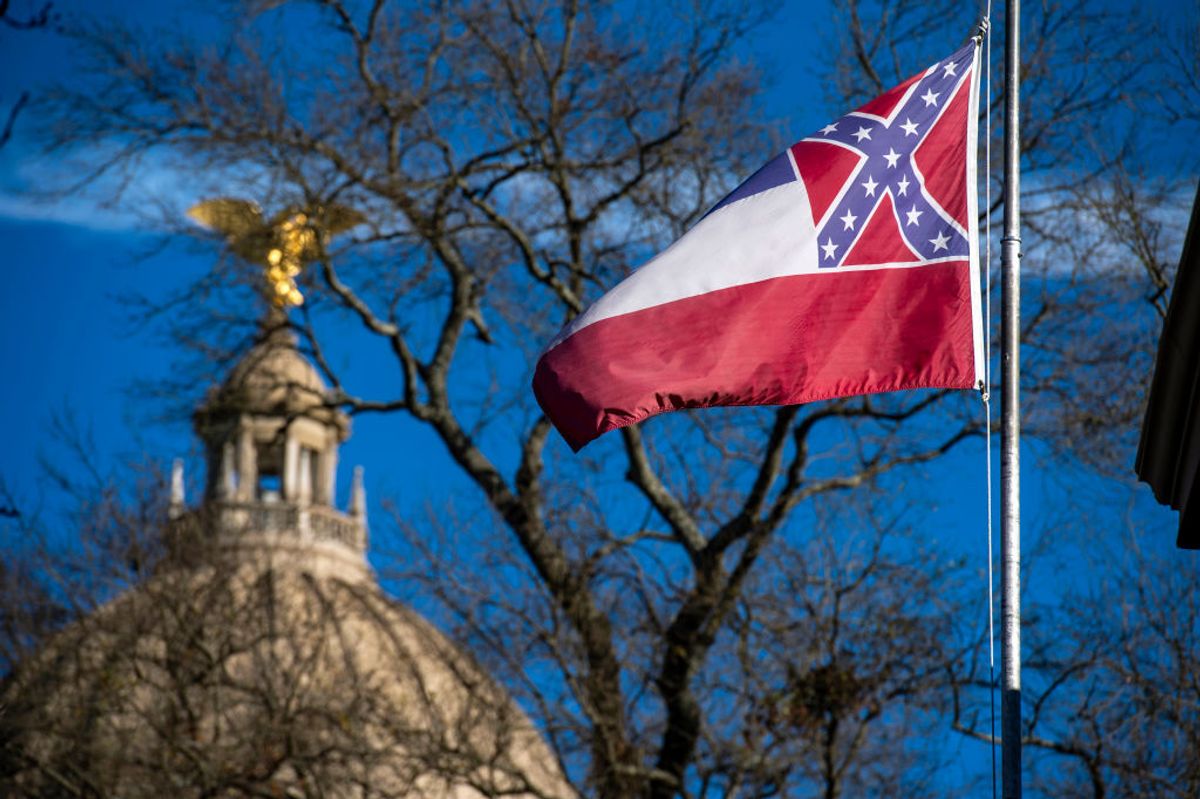 The NCAA’s Southeastern Conference told the state of Mississippi on Thursday that if it does not change its flag, the state could be precluded from hosting championship events.

Mississippi is the only state that still showcases the Confederate symbol of a blue cross with 13 stars on its flag.

“It is past time for change to be made to the flag of the State of Mississippi,” SEC Commissioner Greg Sankey said. “Our students deserve an opportunity to learn and compete in environments that are inclusive and welcoming to all.”

“In the event there is no change, there will be consideration of precluding Southeastern Conference championship events from being conducted in the State of Mississippi,” he added.

According to NBC News, the University of Mississippi, known as “Ole Miss,” and Mississippi State University supported the SEC’s decision. The two schools stopped flying the flag in 2016.

In a joint statement, Ole Miss Chancellor Glenn Boyce and athletic director Keith Carter said: “Mississippi needs a flag that represents the qualities about our state that unite us, not those that still divide us. We support the SEC’s position for changing the Mississippi State flag to an image that is more welcoming and inclusive for all people.”

“Clearly, the current national climate is such that this debate may produce unintended consequences for our student athletes here at Mississippi State University and those at the University of Mississippi,” Keenum said. “Since 2015, our Student Association, Robert Holland Faculty Senate and university administration have been firmly on record in support of changing the state flag,”

In 2001, state residents voted in a referendum to keep the current flag, but efforts to change the flag have ramped up again recently as protests and riots over alleged systemic racism erupted across the country following George Floyd’s death in Minneapolis.

Last week, a bill to change the flag was introduced in the state Congress, though it is not expected to pass.

ESPN reported that the last time an SEC championship event was held in Mississippi was in May 2016, when Mississippi State hosted the softball tournament in Starkville.