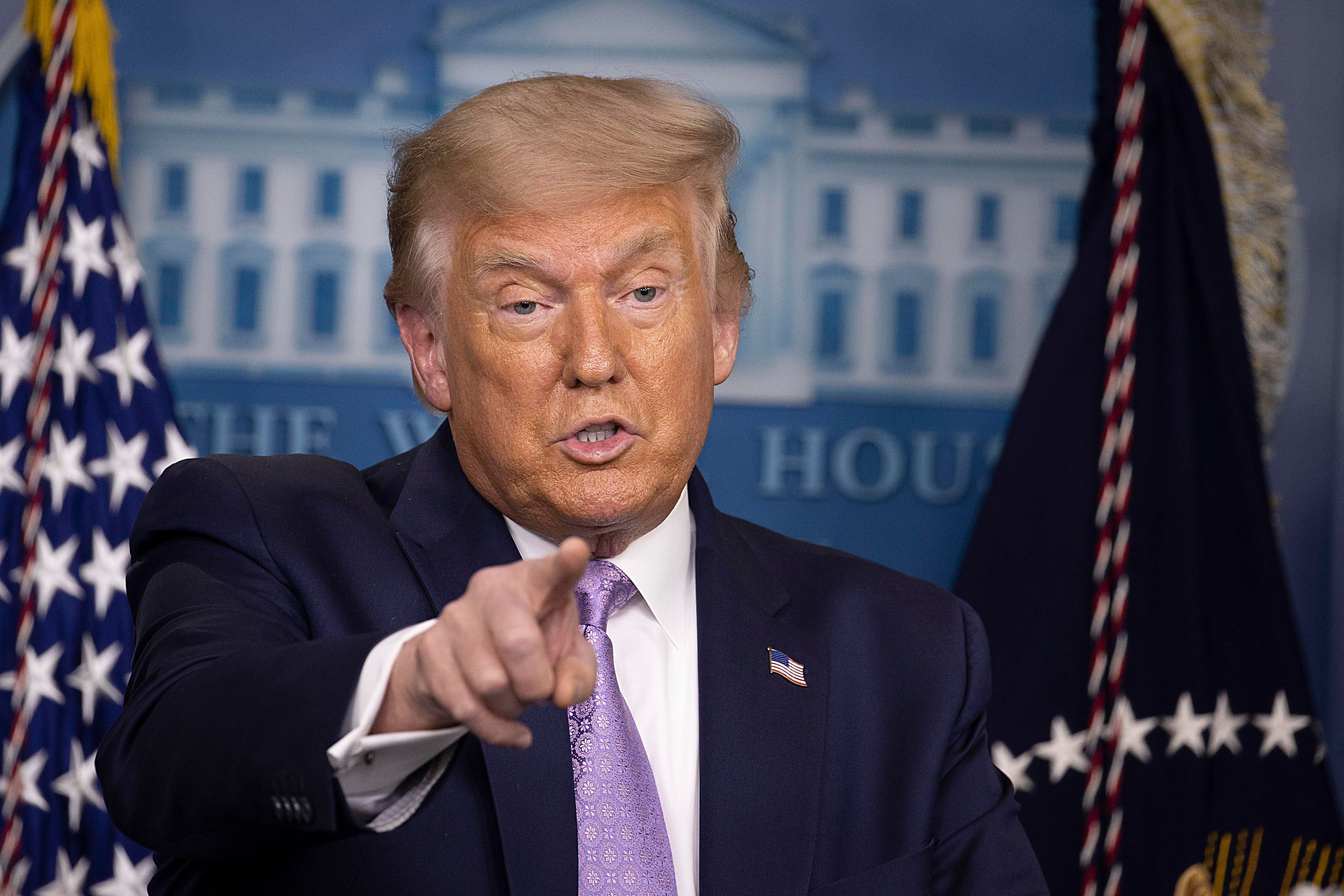 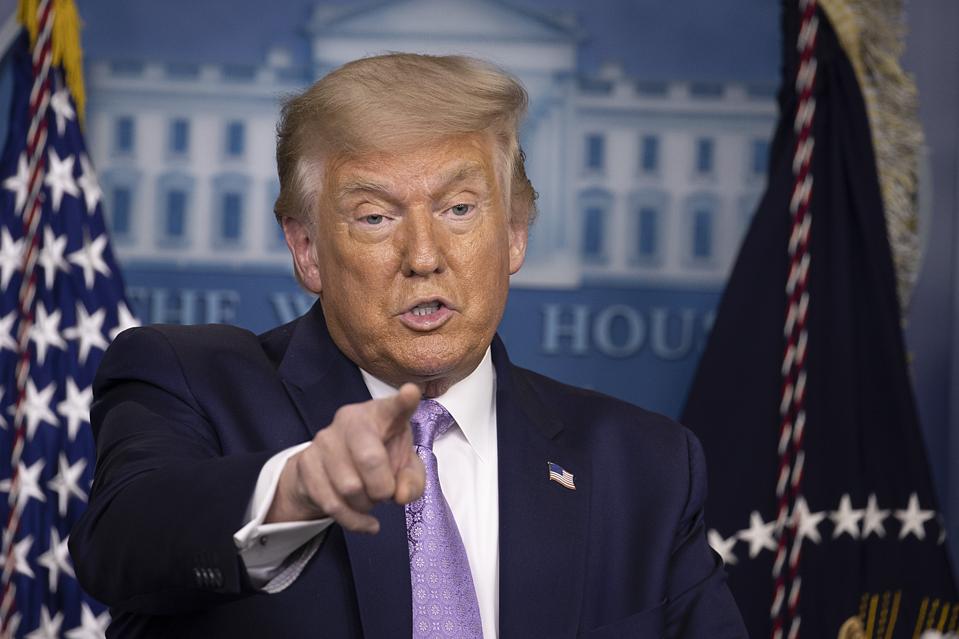 WASHINGTON, DC – AUGUST 13: U.S. President Donald Trump speaks during a briefing at the White House … [+] August 13, 2020 in Washington, DC. Trump spoke on a range of topics including his announcement earlier in the day of a new peace deal between Israel and the United Arab Emirates. (Photo by Tasos Katopodis/Getty Images)

There were high hopes for a quick resolution to the next stimulus bill when the Senate returned to session from their summer break. By all accounts, leadership in both the Republican-led Senate and Democrat-led House were ready to strike a deal to bring much-needed relief to Americans.

Both sides openly supported another round of stimulus checks, extended unemployment benefits, small business relief, and other measures to support the economy. However, they disagreed about the levels of support needed for each of these measures, and they disagreed on other topics, such as providing extensive financial aid to state and local governments.

President Trump took matters into his own hands last weekend and signed three presidential memorandums and an executive order that would provide a $400 unemployment insurance benefit, a payroll tax holiday, student loan relief, and an eviction moratorium. It is yet to be known exactly how these Presidential memorandums and the executive order will be implemented or how they will impact the negotiations on the next stimulus bill.

Now here where are, several weeks after negotiations resumed, with no deal and both houses of Congress breaking until after Labor Day.

What Went Wrong, and Where Will They Go from Here?

There are several points of contention between the Senate and House. The overall cost of the proposal is one of the biggest sticking points. But there are also disagreements on where the money should go and what should be included in the next bill.

Let’s look at each of these in turn.

The biggest hurdle between the two parties is the amount of money each is willing to spend on the next stimulus bill. The Democrat-led House proposed the $3 trillion HEROES Act in May, while the Republican-led Senate wants to keep the total cost of the bill to “around $1 trillion.”

The Senate waited until this latest session to make a proposal when they introduced the HEALS Act, a $1 trillion proposal that was introduced in multiple parts by several different committees within the Senate. The Democrats have insisted the next bill be proposed as a complete package and not be introduced “piecemeal”.

Since then, the two parties have been locked in a stalemate.

The Democrats have offered to decrease the total cost of their proposal by $1 trillion, meeting somewhere near the middle, but the Trump administration rejected this offer, with Treasury Secretary Mnuchin calling it a “non-starter.”

There was a discussion of a possible temporary extension of the federal unemployment benefit, but those talks did not last long. President Trump also addressed unemployment benefits in his executive order, however, it is at a much-reduced rate of $300 per week with an optional $100 state matching contribution. There is also an issue of where the funding would come from and how long it would last.

State and local funding is the other area in which the two parties strongly disagree. The HEROES Act included $1 trillion in state funding. The Democrats believe this is important to help states make up for lost tax revenue, pay for additional Covid-19 testing, and maintain operations. Without additional funding, many states will have to lay off or furlough thousands of employees.

The Republicans, on the other hand, see this as a bailout for state and local governments that were already mismanaging their money.

Any ground made up between these two issues will help smooth the passing of the next bill.

Here are the dates you need to know:

It’s possible the next bill could be passed prior to either of the two houses returning to session, however, it is very unlikely. Most lawmakers have returned to their home states or are otherwise engaged in other activities through the next few weeks. Setting a vote on another bill would require these lawmakers to be called back to Washington D.C. to vote.

When Are We Likely to See the Next Stimulus Bill?

At this point, the earliest likely time frame is sometime in mid- to late- September. Again, it is possible to see some progress before then, but it is unlikely to see both houses of the government agree on and pass the next bill when they aren’t in session.

It’s also very possible negotiations could continue to drag on toward October or later.

Will the Next Stimulus Bill Include Another Stimulus Check?

Most likely. Both parties have agreed to the general terms on another round of stimulus checks and the Trump administration is on also on board. The next stimulus check amounts and eligibility rules would roughly follow the same terms as the stimulus checks under the CARES Act. However, there were some provisions that would allow for a greater number of people to qualify for a check.

This article covers more regarding support for the next stimulus check.

When Could We See the Next Stimulus Check?

The government already has the infrastructure in place to send out the checks, so they should be able to move quickly once stimulus checks have been approved. Treasury Secretary Mnuchin said checks could come “very, very quickly.” In a recent press conference, Secretary Mnuchin said the government should be able to begin processing checks within a week.

iRobot adds an automatic mop to its flagship Roomba

Commentary Mark Steyn - September 27, 2022
0
Monday's edition of The Mark Steyn Show started with Mark's take on the media and their responsibility for the wreckage all around. His first guest was Anne-Élisabeth Moutet with her view of Italy's new prime minister - the second coming of Il Duce, ...
MORE STORIES