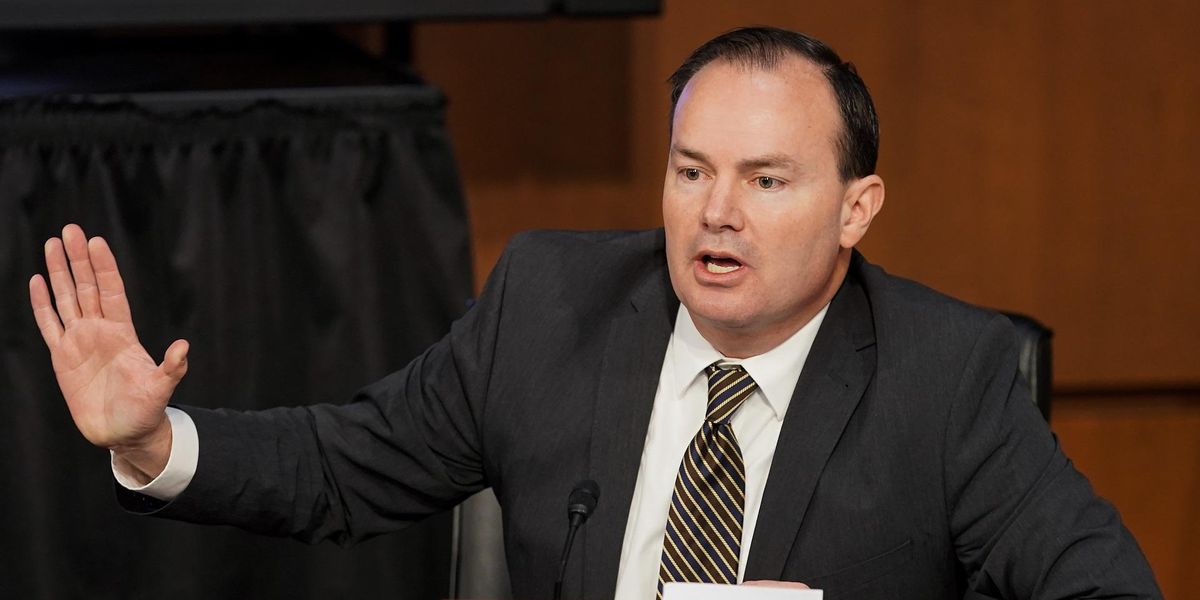 Utah Republican Sen. Mike Lee is not a fan of Democrats’ so-named For the People Act of 2021, saying Wednesday that the legislation known as H.R.1 is “as if written in hell by the devil himself.”

Lee was asked about the federal voting expansion effort on “Fox & Friends,” where co-host Steve Doocy reminded the audience that the measure:

“What’s your biggest problem with the way the Democrats want to redo how we vote in America?” Doocy asked Lee.

“I think I disagree with every single word in H.R. 1, including the words ‘but,’ ‘and,’ and ‘the,'” the senator replied. “Everything about this bill is rotten to the core. This is a bill as if written in hell by the devil himself.”

The Republican from Utah explained, “This takes all sorts of decisions that the federal government really has no business making. It takes them away from the states, makes them right here in Washington, D.C., by Congress — apparently in an effort to ensure and institutional, revolutionary Democratic Party of sorts. One that can remain in power for many decades to come.

“It does this by taking away these decisions,” Lee continued. “Elections in America have always been conducted at the state and local level. They are completely flipping that principle on its head so that these things can now be micromanaged from Washington. That’s wrong. That’s really wrong. It’s bad policy.”

He added, “As much as anything else, it’s wildly unconstitutional.”

You may watch Lee’s interview in its entirety below. The discussion on H.R. 1 begins at around the 2:20 mark:

H.R. 1 already passed the House in a 220-210 vote last week, and is set to be taken up by the Senate where Democrats are also in control.

Senate Majority Leader Chuck Schumer (D-N.Y.) tweeted at the beginning of the month, “Despicable, discriminatory, anti-democratic proposals are on the move in Republican state legislatures. Make no mistake: They must be opposed by every American who cherishes our democracy. This Senate is working to pass the #ForThePeople Act to renew democracy and our elections.”

Despicable, discriminatory, anti-democratic proposals are on the move in Republican state legislatures Make no mis… https://t.co/yYuzKF41di