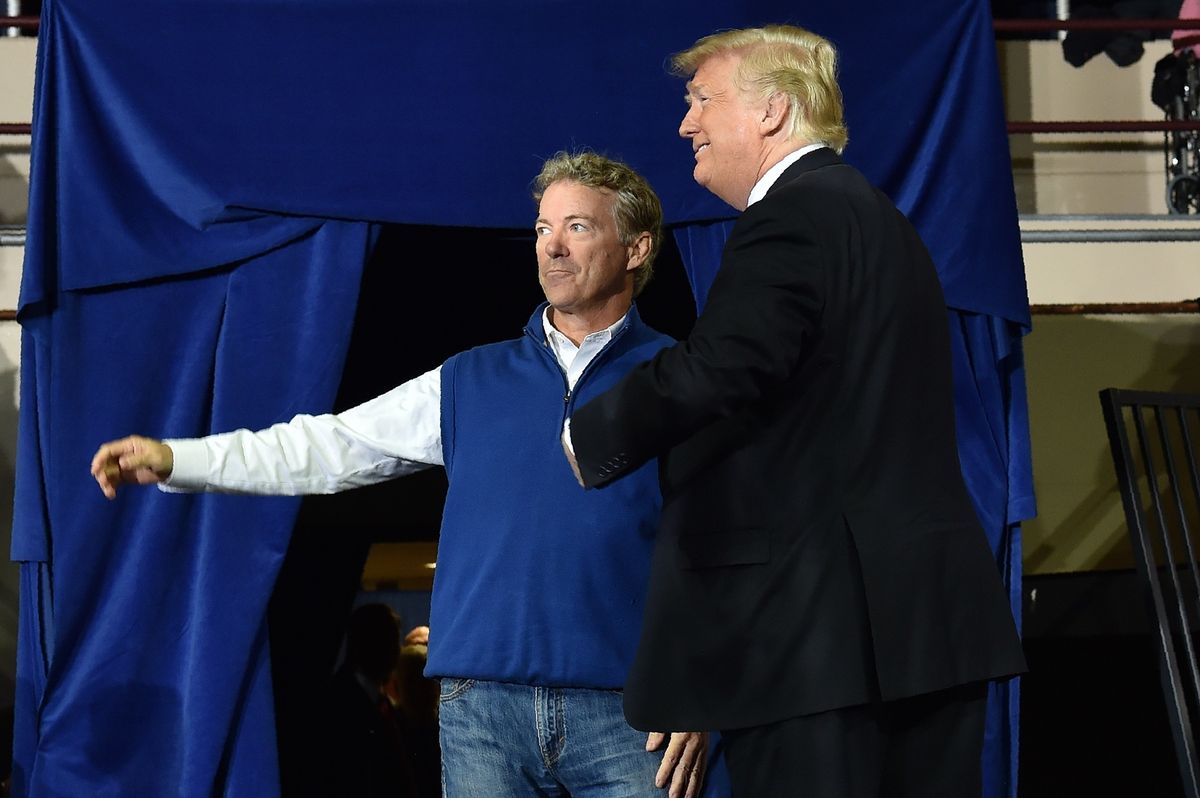 Sen. Rand Paul (R-Ky.) has offered President Donald Trump a ticket to attend House Democrats’ ongoing impeachment “charade” in the Senate, after the commander in chief told reporters he would “love to sit in the front row and stare in their corrupt faces.”

During a press conference at the World Economic Forum in Davos, Switzerland, on Wednesday, the president was asked whether he planned to attend the impeachment trial. He replied, “I’d love to go. Wouldn’t that be great? Wouldn’t that be beautiful?” The Hill reported.

President Trump continued, “I’d sort of love — sit right in the front row and stare at their corrupt faces. I’d love to do it,” referring to the House impeachment managers, who are all Democrats.

The president went on to add that his legal team “might have a problem” with him doing so.

Sen. Paul reacted to the president’s comments by tweeting out a picture of a pass to the Senate gallery, writing, “I heard @realDonaldTrump would like to attend the impeachment trial. Mr. President, would love to have you as my guest during this partisan charade.”

The New York Post reached out to the Kentucky Republican to ask about his invitation to the president. “He’s welcome any time. I’ve got a ticket for him,” Sen. Paul told the outlet, adding, “in fact, I’ll probably send a ticket over to the White House today for him.”

House impeachment managers began arguing their case against President Trump during the trial on Wednesday, and will have another two days to present their arguments before the Senate. After that, the president’s legal team will have three days to present his defense before the upper chamber.