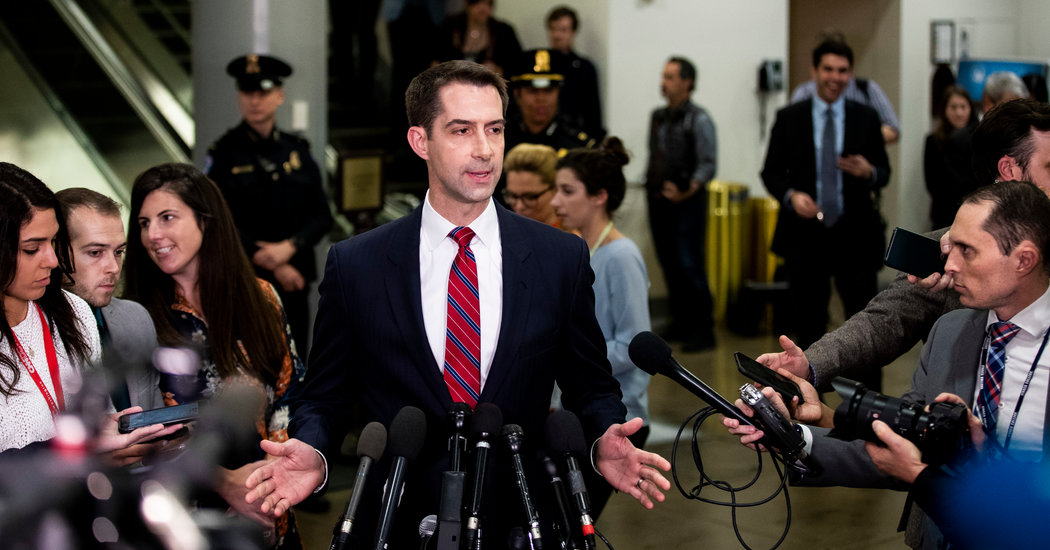 Senator Tom Cotton, Republican of Arkansas, has repeated an unsubstantiated conspiracy theory that has spread from small-town China to the right-wing news media in the United States: The new coronavirus originated in a high-security biochemical lab in Wuhan, the Chinese city at the outbreak’s center.

In a television interview on Fox News on Sunday, Mr. Cotton suggested that a dearth of information about the origins of the virus, which causes the disease COVID-19, raised more questions than answers.

“We don’t know where it originated, and we have to get to the bottom of that,” Mr. Cotton said on the program Sunday Morning Futures. He then raised the possibility that the virus originated in a “biosafety level-4 super laboratory.” Such laboratories are used for research into potentially deadly infectious diseases.

“Now, we don’t have evidence that this disease originated there but because of China’s duplicity and dishonesty from the beginning we need to at least ask the question to see what the evidence says, and China right now is not giving evidence on that question at all,” he added.

The Chinese authorities say the outbreak began in a market in Wuhan where wild animals were sold. The city is also home to a biochemical laboratory.

After receiving criticism for lending credence to what has been largely considered a fringe theory, the senator took to Twitter to say he did not necessarily think the virus was an “engineered bioweapon.”

That idea, he said, was just one of several hypotheses that included the possibility that the outbreak was a “deliberate release.”

He also said it was possible that the virus spread naturally, “but almost certainly not from the Wuhan food market.”