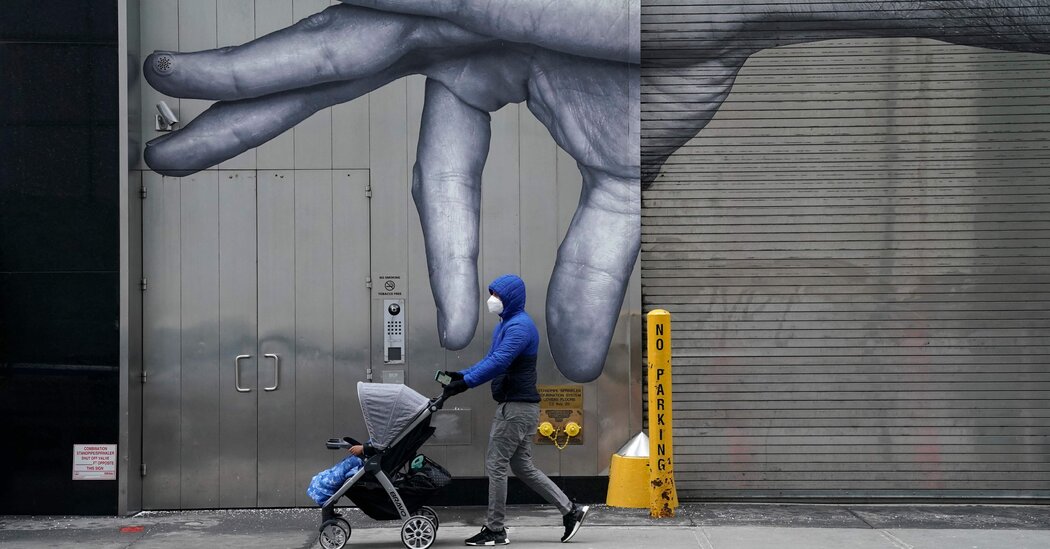 “These aren’t people who are uninsured because they don’t think it’s valuable, or don’t have health concerns,” said Stacey McMorrow, a principal research associate at the Urban Institute and author of the study. “They are people who have medical needs.”

Her research found that, between 2015 and 2018, 11.5 percent of new mothers lacked health insurance coverage. That rate is slightly higher than the general population’s. About half of those uninsured women were Hispanic, and two-thirds lived in the South. The uninsured rate for new mothers is especially high in states that do not participate in the Affordable Care Act’s Medicaid expansion, which provides public coverage to all citizens who earn less than 133 percent of the federal poverty line.

Recent studies have found that increased Medicaid access for the general population, which will cover some new mothers, is associated with lower maternal mortality and more use of medical care in the postpartum year.

Extending Medicaid coverage longer would also help women comply with new postpartum guidelines from the American College of Obstetricians and Gynecologists. In 2018, it began recommending that postpartum care be delivered as a series of visits from three to 12 weeks after delivery. Before that, the association recommended only one visit at six weeks after birth.

“This is an evidence-based, well-supported proposal,” said Katy Kozhimannil, a professor of health policy at the University of Minnesota. “It would be extremely helpful for women to have financial access to health insurance and health care after they deliver.”

The stimulus payments would be $1,400 for most recipients. Those who are eligible would also receive an identical payment for each of their children. To qualify for the full $1,400, a single person would need an adjusted gross income of $75,000 or below. For heads of household, adjusted gross income would need to be $112,500 or below, and for married couples filing jointly that number would need to be $150,000 or below. To be eligible for a payment, a person must have a Social Security number. Read more.

Buying insurance through the government program known as COBRA would temporarily become a lot cheaper. COBRA, for the Consolidated Omnibus Budget Reconciliation Act, generally lets someone who loses a job buy coverage via the former employer. But it’s expensive: Under normal circumstances, a person may have to pay at least 102 percent of the cost of the premium. Under the relief bill, the government would pay the entire COBRA premium from April 1 through Sept. 30. A person who qualified for new, employer-based health insurance someplace else before Sept. 30 would lose eligibility for the no-cost coverage. And someone who left a job voluntarily would not be eligible, either. Read more

This credit, which helps working families offset the cost of care for children under 13 and other dependents, would be significantly expanded for a single year. More people would be eligible, and many recipients would get a bigger break. The bill would also make the credit fully refundable, which means you could collect the money as a refund even if your tax bill was zero. “That will be helpful to people at the lower end” of the income scale, said Mark Luscombe, principal federal tax analyst at Wolters Kluwer Tax & Accounting. Read more.

There would be a big one for people who already have debt. You wouldn’t have to pay income taxes on forgiven debt if you qualify for loan forgiveness or cancellation — for example, if you’ve been in an income-driven repayment plan for the requisite number of years, if your school defrauded you or if Congress or the president wipes away $10,000 of debt for large numbers of people. This would be the case for debt forgiven between Jan. 1, 2021, and the end of 2025. Read more.

The bill would provide billions of dollars in rental and utility assistance to people who are struggling and in danger of being evicted from their homes. About $27 billion would go toward emergency rental assistance. The vast majority of it would replenish the so-called Coronavirus Relief Fund, created by the CARES Act and distributed through state, local and tribal governments, according to the National Low Income Housing Coalition. That’s on top of the $25 billion in assistance provided by the relief package passed in December. To receive financial assistance — which could be used for rent, utilities and other housing expenses — households would have to meet several conditions. Household income could not exceed 80 percent of the area median income, at least one household member must be at risk of homelessness or housing instability, and individuals would have to qualify for unemployment benefits or have experienced financial hardship (directly or indirectly) because of the pandemic. Assistance could be provided for up to 18 months, according to the National Low Income Housing Coalition. Lower-income families that have been unemployed for three months or more would be given priority for assistance. Read more.

She said the extension of postpartum Medicaid should be seen in the context of the larger set of benefits the stimulus will provide parents. There are the $1,400 checks for each family member, including children, that will go out to most Americans. The new child tax credit will also provide big financial boosts for many families with children.

Taken together, the changes in the stimulus should lessen the financial strain that comes with becoming a parent, both for medical bills and other expenses. Still, experts say major stressors and gaps in the safety net will remain. The United States does not guarantee paid leave for new parents. States will have to sign up to add this benefit to Medicaid, and pay a share of the costs. Even in states that do make that decision, new mothers could still find themselves uninsured after the year of coverage ends.