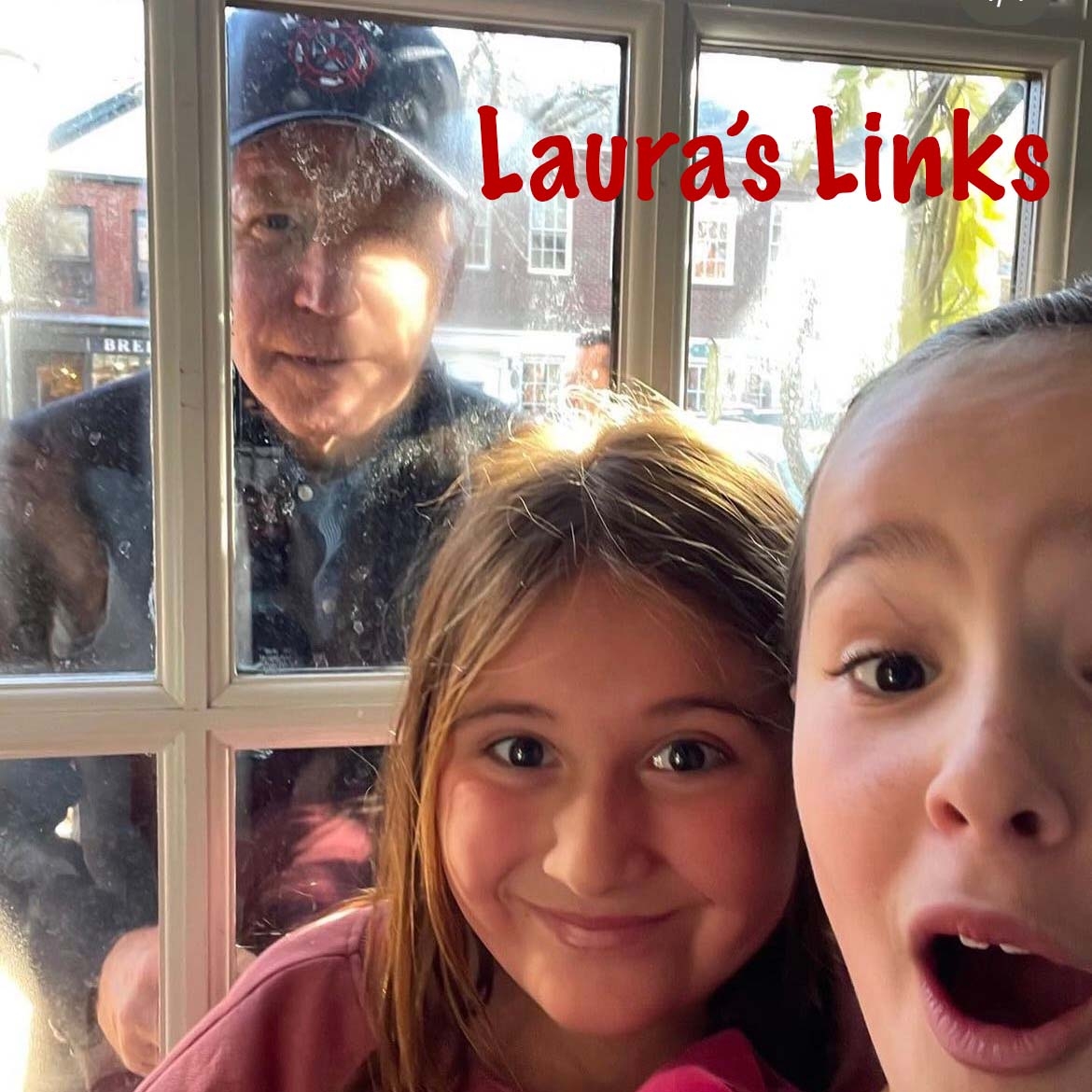 Greetings and welcome to another fresh edition of Laura’s Links.

It has been another busy week on our crazy planet.

Iranians are still bravely demonstrating against the Mullahtocracy, the Chinese are demonstrating against Communist Covid tyranny, Elon Musk is having a splendid time on Twitter (me too – it’s been way more fun since he took over) and is apparently about to release the back-end Twitter information that will allegedly show the extent to which Twitter influenced elections. Making popcorn!

In other news, Israeli Prime Minister Bibi Netanyahu is back in power (yay). And, there are still many groups of lean and athletic, but hyper dramatic, cry-baby-for-the-camera men of various heights, nationalities, orientations and complexions in their different coloured jerseys running around with their balls in Qatar!

I know that this men and balls thing is still happening because Mr. C has been yelling a lot at the TV. Also, for some reason he has also taken to watching an Arab station’s live stream of the games and even swearing in Arabic when the “wrong” guys get the goals, or the referees make the bad/dumb/corrupt/paid-for call. Mr. C knows a lot of Arabic curses. Now, please keep this just between us, but I know a bunch of them also. However, I generally refrain from using them ever EVAH EVAH because a) I sound completely ridiculous saying them with my “American” accent and b) they are not exactly ladylike. At all. Actually, they are particularly filthy and vile for the most part (picture things relating to one’s mother’s and sister’s anatomy).

Anyway, I digress. I believe, dear reader, that you come to this column for the links, for me to generally save you from having to wade through the swamp of the Internet in order to find the really good nuggets and for the uppity Jewish mother snark. So feast your eyes on this weeks’ batch, and I’ll be sure to pop in and out of the comments as much as the pace of real life will allow.

The great Dr. Naomi Wolf: “Thanksgiving in a Victim World”.

“No cure for loneliness.” Woe unto us.

The strange morality of the billionaire left.

This is how little school boards and school administrators care about disabled children in Toronto, Ontario.

Democide in Canada as a “solution” for sadness, human frailty and poverty.

“Here’s what it’s like when your kids get sick in Québec right now.“

I didn’t think this was real at first, but it’s legit. He probably thinks he can sniff their hair through the glass.

Thoughts on the (North) American shortage of amoxicillin and baby formula.

“David Mamet’s excommunication was a warning that something nasty was brewing in our discourse.“ (Read the whole thing.)

A history of the Jewish “charity can” (otherwise known in Yiddish as a “pushke”). Pretty much every Jewish home has a few, and every Jewish restaurant has several by the cashier. I think it’s a great idea for everyone-not just Jews. A little box right in the centre of your house reminds you every day to give charity.

What the hell, Israel?

Stealing from Holocaust survivors to give to BLM.

Letting Don Lemon have it (no, not that kind of letting him have it, don’t be gross you guys).

I think you spelled “man rapes teenaged girl” wrong, you disgusting, rape-enabling cretins of the BBC.

“It makes me feel I should be extinct.“ This is so heartbreaking.

The globalist, one-way multiculturalism destruction of Britain project is working out very nicely. As per Neil Oliver: why is this happening? It’s happening because they want it to happen.

Woe unto us and pity the children. They are after your children.

This is a corker from Brendan O’Neill: “Balenciaga and the Rise of Paedo Chic“. Read the whole thing.

The forgotten feminists of Egypt.

Japanese doctors are not impressed.

I’m putting this terrible story in the Human Grace as a reminder of what the evil, sinister humans in charge of our respective countries did to us. They chose this evil, they made it happen. Every life is sacred and matters. Try to read this and see if you can ever consider forgiveness or “amnesty”. And they will do it again and again if we let them. Don’t let them.