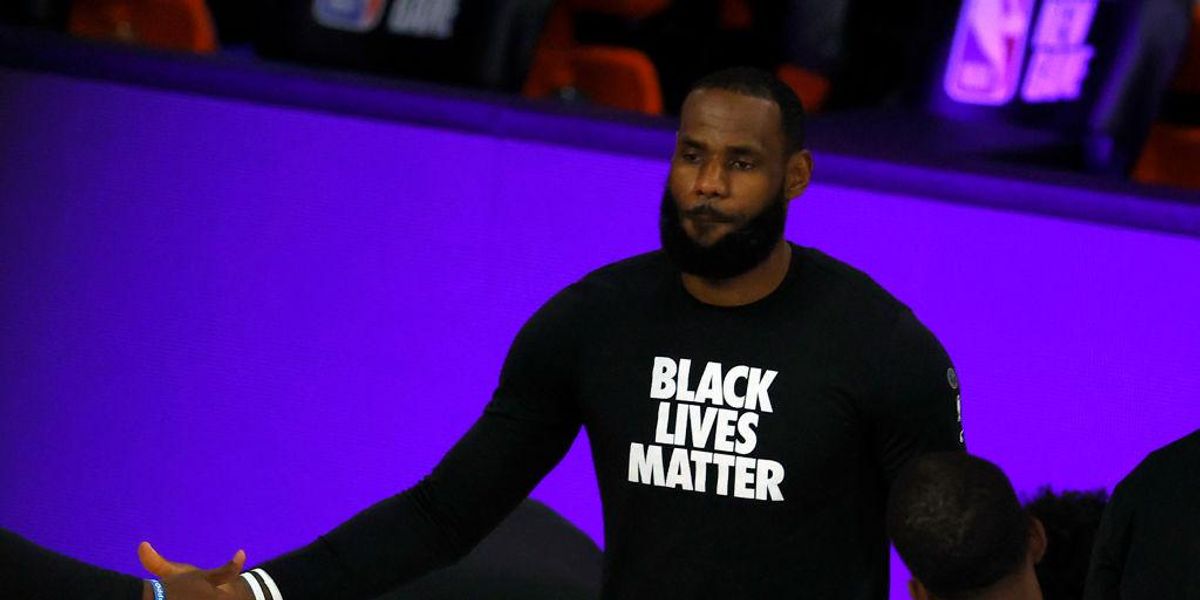 LeBron James was called out by a soccer star, who said the NBA legend should stay out of politics. James has responded to Ibrahimovic’s recommendation by saying, “I am kind of the wrong guy to go at.”

Ibrahimovic, a 39-year-old Swede who plays for Italy’s A.C. Milan, questioned the basketball player’s political and social activism in an interview with Discover+ this week.

“[LeBron] is phenomenal at what he’s doing, but I don’t like when people have some kind of status, they go and do politics at the same time,” Ibrahimovic said. “Do what you’re good at. Do the category you do. I play football because I’m the best at playing football. I don’t do politics. If I would be a political politician, I would do politics.”

“That is the big first mistake people do when they become famous and they become in a certain status,” he added. “Stay out of it. Just do what you do best because it doesn’t look good.”

Following the Los Angeles Lakers game against the Portland Trail Blazers on Friday night, LeBron was asked to give a comment regarding Ibrahimovic’s statement about him.

“He was the same guy who said when he was back in Sweden … because his last name wasn’t a certain last name, that he felt there was some racism going on when he was out on the pitch,” James said.

James is referencing a 2018 quote from Ibrahimovic, in which he said he was the victim of “undercover racism” in his native Sweden because his Bosnian heritage gave him a surname that doesn’t sound traditionally Swedish.

James stated, “I would never shut up about things that are wrong. I preach about my people, and I preach about equality. Social injustice. Racism. Systematic voter suppression. Things that go on in our community.”

“I use my platform to continue to shed light on everything that may be going on, not only in my community, but around this country and around the world,” the Lakers star continued. “So, there’s no way I would ever just stick to sports, because I understand how this platform and how powerful my voice is.”

“I speak from a very educated mind, so I’m kind of the wrong guy to actually go at because I do my homework,” LeBron.

LeBron responded after Zlatan Ibrahimovic criticized him for his activism. “I’m kind of the wrong guy to actually… https://t.co/9ZePUEep5T

Despite James saying he “would never shut up about things that are wrong around the world,” LeBron was previously widely criticized for supporting the totalitarian Chinese Communist Party in the firing of former Houston Rockets general manager Daryl Morey and not speaking up for pro-Democracy demonstrators in Hong Kong. Many people, including activists, slammed LeBron as being hypocritical with his social activism while turning a blind eye to protests in Hong Kong because the NBA makes billions from China.

This isn’t the first time LeBron was advised to focus less on politics. In 2018, there was the infamous confrontation between James and Fox News host Laura Ingraham, who instructed the NBA great to “shut up and dribble” instead of providing his political opinions.

James has been an outspoken critic of former President Donald Trump while supporting the presidential campaigns of Hillary Clinton and Joe Biden, plus getting involved with campaigns for black Americans to vote. LeBron has also been a staunch proponent of the Black Lives Matter movement, as well as speaking out against police brutality and racial injustice against black Americans.

NBA ratings plummeted last year, including during the NBA Finals that included LeBron’s Lakers, which were the least-watched Finals on record. Many believe the NBA’s overwhelming embrace of social justice was a factor in 2020’s dwindling viewership, and a poll found that 38% of fans said the sport had become “too political.”