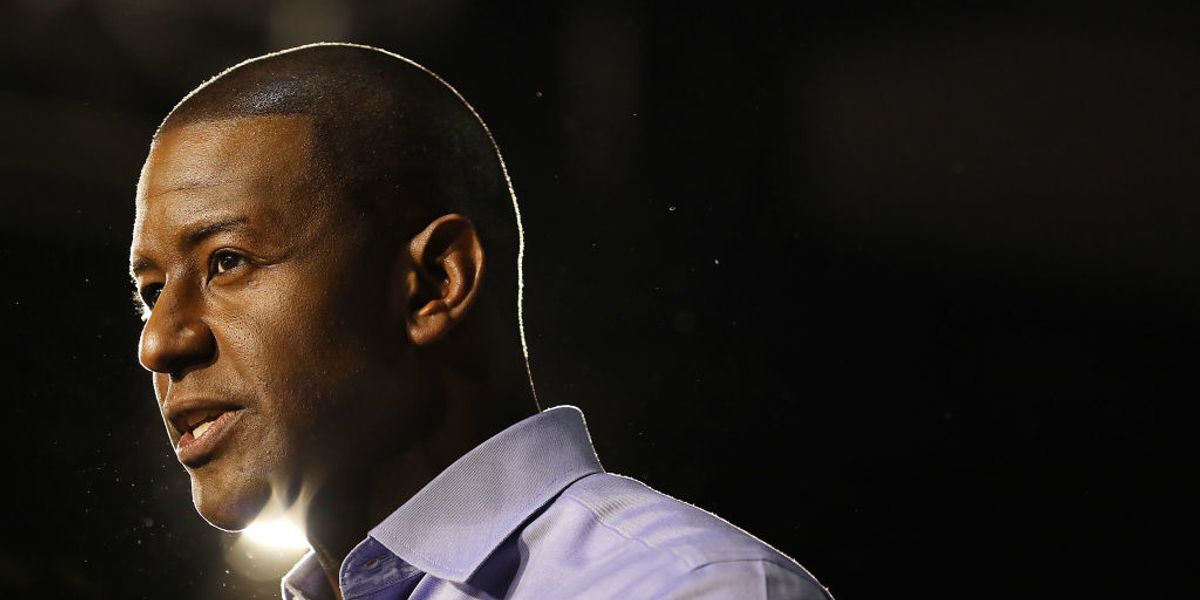 In a statement explaining his involvement in the incident, Gillum said he was in Miami “for a wedding celebration when first responders were called to assist one of my friends.” The CNN commentator also acknowledged he “had too much to drink” (seeming to confirm a police report that described him as “inebriated” and unable to speak) and apologized for the “distraction” his actions caused.

However, when contacted by a local reporter, Gillum’s friend seemed unaware of any Thursday night wedding. “I personally was not celebrating a wedding. I don’t know if [Gillum] was in town for a wedding. He did not mention that,” Dyson reportedly told the Miami New Times.

A source with direct knowledge of the Miami Beach Police Department’s response to the scene told TheBlaze that first responders said they allegedly found Gillum in a state of complete undress and Dyson wearing “chaps,” which Dictionary.com defines as “a kinky or provocative article of clothing, which leave the butt and sometimes crotch exposed,” when they arrived at the Mondrian South Beach Hotel room.

TheBlaze contacted Mr. Gillum, who was once rumored as a potential 2020 vice presidential running-mate for then-frontrunner Elizabeth Warren, on Friday afternoon for comment, but has not received a response as of Saturday morning.

The men were ‘under the influence of an unknown substance’

According to a Miami Beach Police Department offense incident report shared by Candace Owens on Twitter, a third man, Aldo Mejias, provided his credit card to Dyson to rent room 1107 for the night. Dyson rented the room at approximately 4:00 p.m. on Thursday. It is unclear at what time Gillum arrived.

The report states Mejias told police officers he found Gillum and Dyson inside the room “under the influence of an unknown substance” when he arrived at approximately 11:07 p.m. Mejias said Dyson opened the hotel room door and walked over to the bed where he “collapsed” in “a prone position” while the former Democratic candidate was vomiting in the bathroom. Mejias then noticed that Dyson had difficulty breathing and he attempted to wake him up.

The report says that Dyson then began vomiting on the bed and collapsed once again, prompting Mejias to perform life-saving chest compressions on him and call 911. When police officers arrived, they attempted to speak to Gillum who was “unable to communicate with the officers due to his inebriated state.”

The police said they found three clear baggies containing what appeared to be crystal meth on the bed and floor inside the hotel room, which were impounded by investigators. Miami Beach Fire and Rescue then responded to the hotel and performed a welfare check on Gillum. The emergency responders stated Gillum was in stable condition with normal vital signs. Dyson, who was treated for “a possible drug overdose” was transported to Mount Sinai Hospital as a precaution.

After police officers were able to speak with Gillum, he is reported to have left the hotel room and returned to his residence “without incident.”