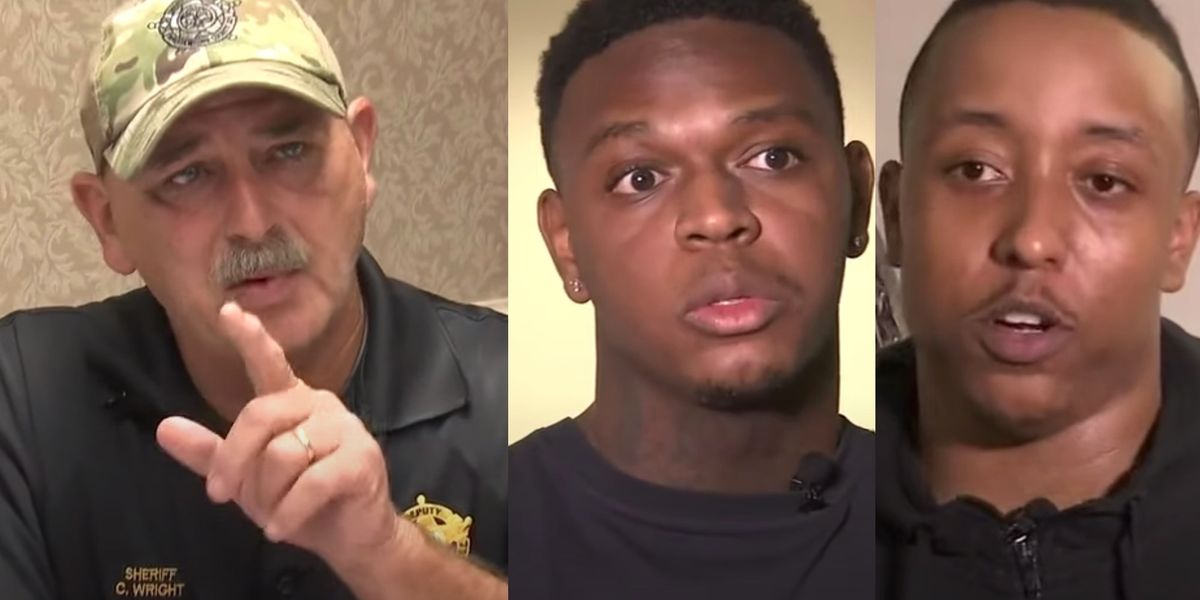 A South Carolina sheriff was criticized heavily for his comments made in relation to two black males who were arrested in a shooting incident, but he remained defiant.

Spartanburg County Sheriff Chuck Wright said that his deputies would have been in the right if they had shot two black males who were thought to have shot at officers from their car in a Sept. 13 incident.

Tarus Mallory, 23, and Akymzee Holbert, 22, were arrested after the incident and charged with attempted murder. After a review of the evidence, the charges were dismissed and the pair were charged instead with aggravated breach of peace.

Mallory and Holbert are demanding an apology from Wright, who called them idiots.

“I would like him to know, you know, innocent until proven guilty, you know, we didn’t even get, there wasn’t any evidence brought up yet, he was already accusing us,” Holbert said to WHNS-TV.

“So I just wanted to, I just want it to be avoided,” added Holbert, “because it easily could have been avoided, if he had just waited a couple of days.”

Spartanburg City Council member Michael Brown, who is also the president of the Spartanburg NAACP, told WHNS that the sheriff’s comments were inappropriate.

“Just because it come out of the mouth of the sheriff, and in the manner in which he did it, which was completely wrong, it’s unacceptable,” Brown said.

Here’s the interview with WHNS:

[embedded content] 2 men who were accused of shooting at deputies tell their side of the story youtu.be

The sheriff responded by saying that they could have dragged out the process for months but instead charged them quickly so that they could be with their families and think about what they did.

Wright says that the two men admit to the shooting, but they claim they were not shooting at deputies.

“I guess some people that are very confused thinking that I owe them an apology,” said Wright in an interview with WHNS.

“I didn’t say anything that I need to apologize for, because it’s very irresponsible to shoot out of a car window in a moving car, or in a parked car for that matter,” he added, “out in the public like that just because they wanted to do that.”

Wright said that his comments were partly a response to accusations from black celebrities claiming that black people were being hunted by police.

Here is the interview with Sheriff Wright:

[embedded content] ‘I have no reason to apologize’ – Sheriff Wright explains why charges were reduced for shooting www.youtube.com

Wright addressed the furor at a city council meeting where members of the community were allowed to voice their concerns.

“It’s not my fault that you misunderstand me, and I don’t owe you an apology for doing my job,” Wright said at the meeting.

“I am going to continue to do my job no matter how loud you get or what you say, and I’m going to do the right thing, and do it for everybody, all the people here,” he added.