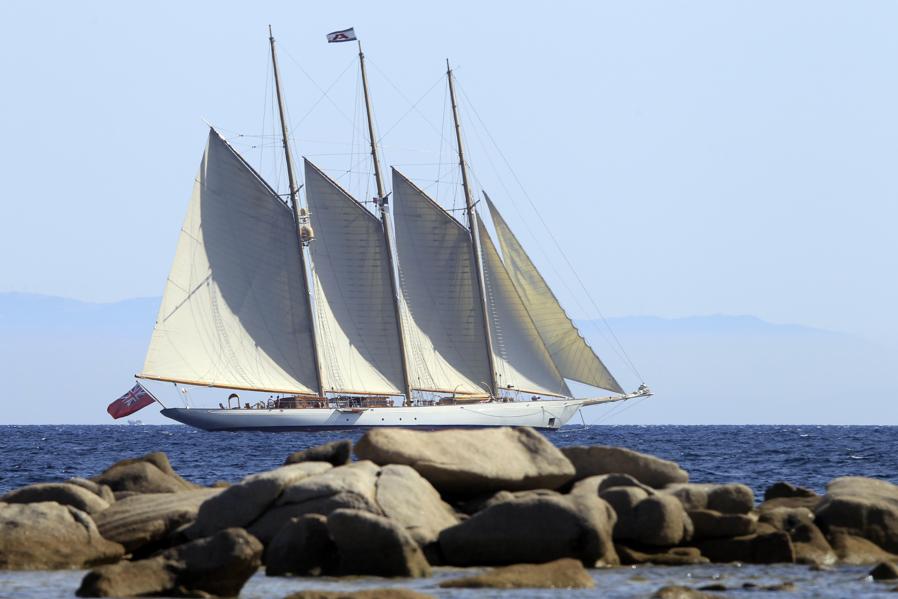 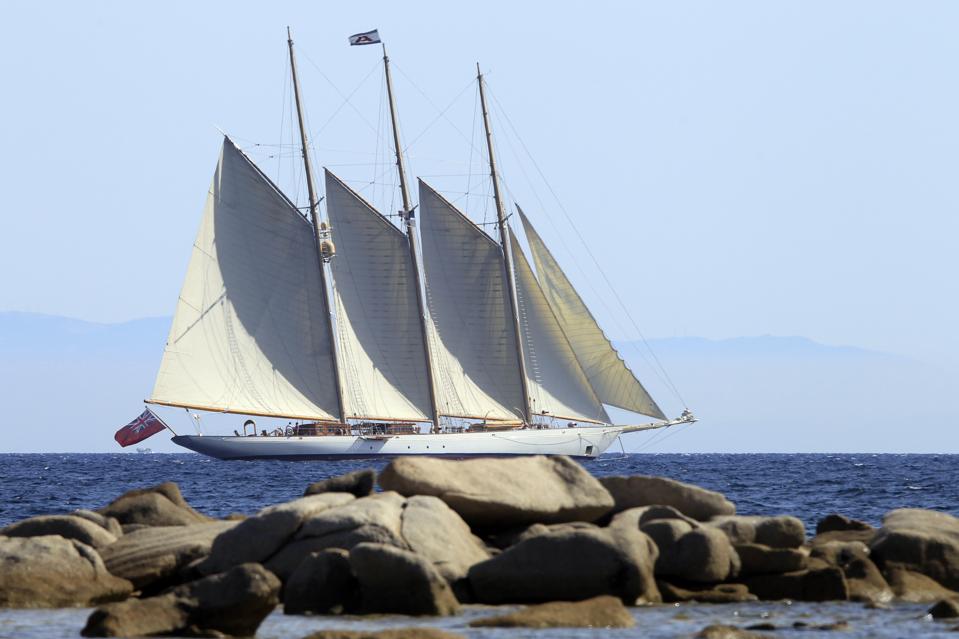 The yacht Adix, which Spanish billionaire Jaime Botin, used to smuggle a Picasso out of Spain and … [+] into France.

Spanish billionaire, Jaime Botin was sentenced to jail on Thursday for using his superyacht to smuggle a Picasso painting out of the country.

Botin is worth $1.7 billion due to his shareholding in the Spanish banking group, Bankinter. However, his sentence will see him pay €52.4 million ($60.1 million) of his wealth as well as serve 18 months in jail for breaking a court order prohibiting the removal of Picasso’s Head of a Young Woman from Spain.

The painting has also been confiscated by the Spanish state, parting Botin from a further €26 million ($28.8 million), which is the estimated value of the artwork.

Despite a 2015 high court ruling that Head of a Young Woman was a “national treasure” and could not be removed from the country, Botin kept the painting on-board Adix, his 213 foot sailing yacht, as he sailed from Spain to the French Mediterranean island of Corsica.

Prosecutors allege that Botin then hired a private jet to take the painting from Corsica to Switzerland where had intended to sell it.

However, Spanish authorities were tipped off and raided in the superyacht while it was anchored off the Corsican town of Calvi. Head of a Young Woman was seized and transferred to the Reina Sofia museum in Madrid, where it remains. 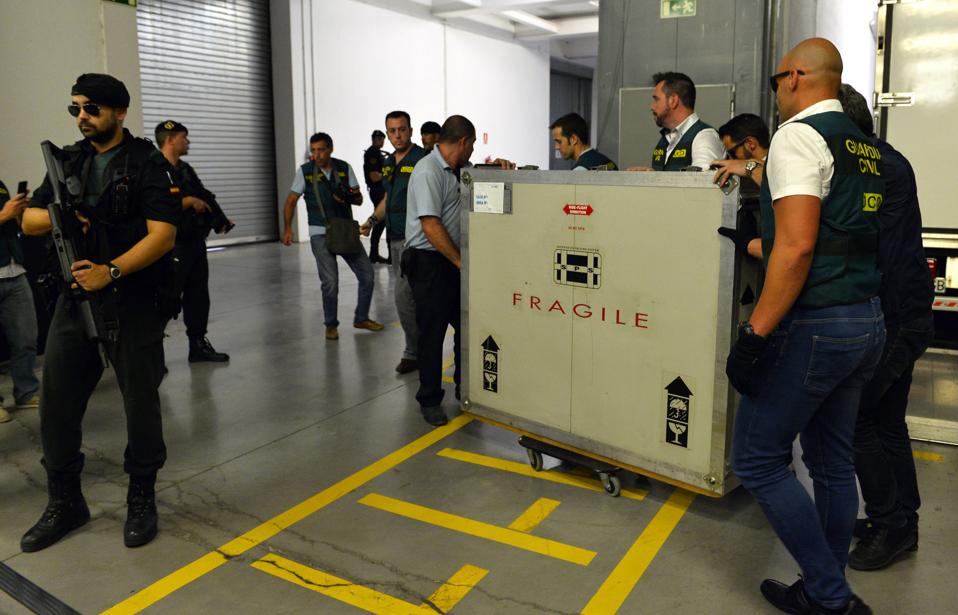 Spanish Civil Guards carry a box containing Picasso’s painting “Head of a Young Woman” at the Reina … [+] Sofia museum in Madrid after being transferred from the French island of Corsica in 2015.

Botin has fought to take the painting out of Spain since 2012, and currently still has a case pending in Spain’s supreme court over the issue. His lawyers argue the criminal case for smuggling should have been delayed since the appeal was still open.

However, in 2015, the Spanish high court said the painting was of “exceptional importance” to the country as it was created in the Catalan village of Gosol when Picasso was still experimenting with cubism.

The painting was frequently kept on-board Adix, but would only be on display whenever Botin was present. Indeed, Botin told a court hearing in November that he asked the captain to keep the painting safe: “I asked him to pack it and keep it in a box when I was not on board.”

One former crew member, who asked not to be named but worked on the yacht in the early 2000s said Botin would spend very little time on the yacht, meaning it’s art collection would spend most of the time boxed-up.

How Superyachts Are Used For Smuggling

It is not unusual for exceptional artworks to be stored on-board superyachts. The world’s most expensive painting ever sold, Leonardo da Vinci’s Salvator Mundi, is rumoured to be on a superyacht.

Since the painting was bought in 2017 for $450 million by Saudi Arabia’s crown prince Mohammed bin Salman, it has not been seen in public despite advertisements that it would be displayed in Abu Dhabi’s Louvre Museum. However, unnamed sources quoted by Artnet say the painting is currently on-board Serene, the Crown Prince’s 439 foot yacht. 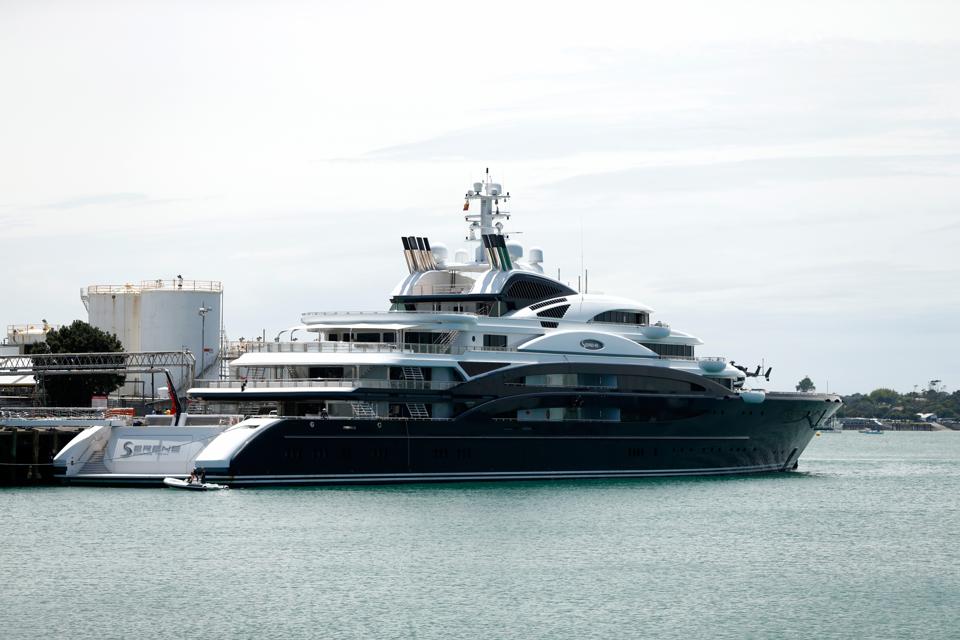 While the Salvator Mundi is not subject to any movement restrictions, there are worries that other notable artworks are kept on-board superyachts as they flit between country and continent. There are superyachts with “better collections than some national museums,” art historian and conservator Pandora Mather-Lees told the Observer last year.

But with their ownership impossible to determine and their contents strictly private, it is unknown how many of the world’s most famous artworks are kept at sea on these floating galleries.