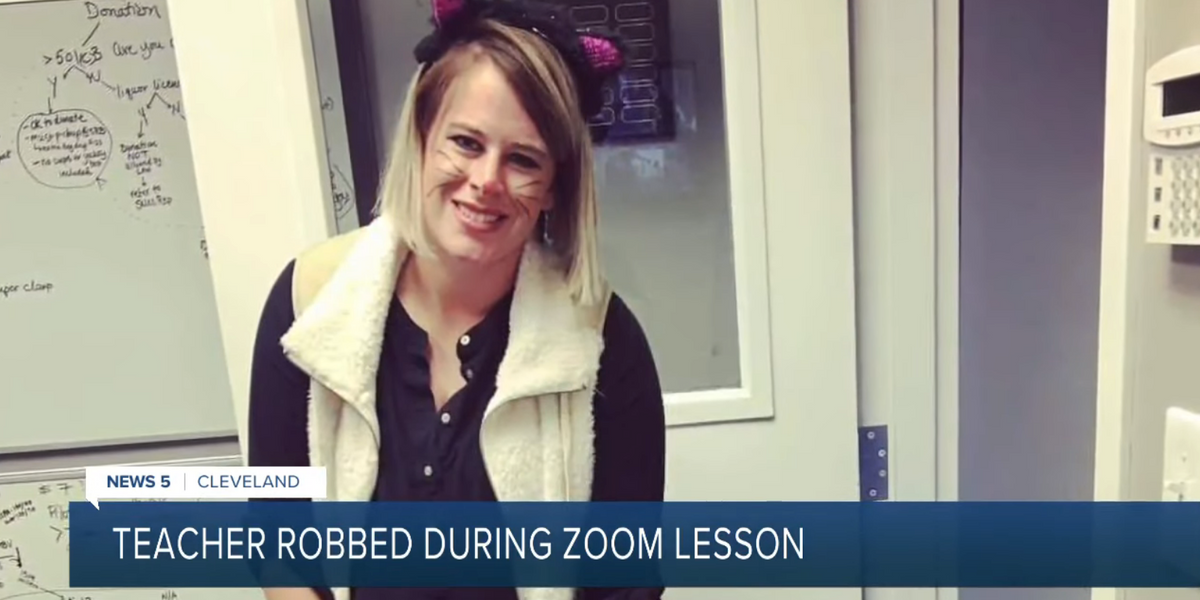 A special education teacher in Ohio was able to chase away a convicted felon who robbed her at knifepoint last month while she was on a Zoom call with a student’s family.

Amanda Zupancic, who teaches at Kirtland Local Schools near Cleveland, was at home alone at around 11 a.m. local time on Nov. 23 when she heard glass shattering during an online session with a middle school student and his mother, WEWS-TV reported.

But her first thought turned out to be correct. A convicted felon who had just been released from prison 36 days before had broken into her home and was rummaging through things downstairs.

“There was a man walking though my baby gate with a knife in his hand walking upstairs,” said Zupancic, who has a one-year-old child with her husband. “He started threatening me, yelling at me, calling me names. He grabbed me upstairs into my bedroom.”

Thankfully, the student’s dad was able to call 911 and describe the situation while Zupancic tried to protect herself from the intruder, later identified as Charles Derosett.

“The teacher that teaches my son, somebody broke into her house, we saw it on the Zoom,” he explained to emergency operators. “I guess she heard the man say, ‘Get on the floor. I’m going to cut your f-ing throat.'”

Zupancic told the burglar that he could have her car keys, but that she would have to go downstairs and retrieve them. He agreed. But instead of fetching the keys, Zupancic smartly unleashed her two dogs.

The move gave her enough time to spring into further action, grabbing a pair of scissors and chasing the burglar out the door.

“I started chasing him with this pair of scissors, in my house shoes, down the street, yelling ‘help me, help me, this guy robbed me,'” she recalled.

According to Zupancic, a contractor working on a nearby house saw the incident and tackled the burglar to the ground, detaining him until police arrived to arrest him.

“This individual needs to be taken off the street,” Cuyahoga County Prosecutor Michael O’Malley told WJW-TV. “Our county is not safe with him out again, he is out for 36 days and breaking into occupied homes. He needs to go back to prison.”

It was not immediately clear what Derosett had been in prison for prior to his release.

Zupancic is still a bit shaken up from the incident, but said she is “lucky that there’s enough loving people in the world to figure this all out.”