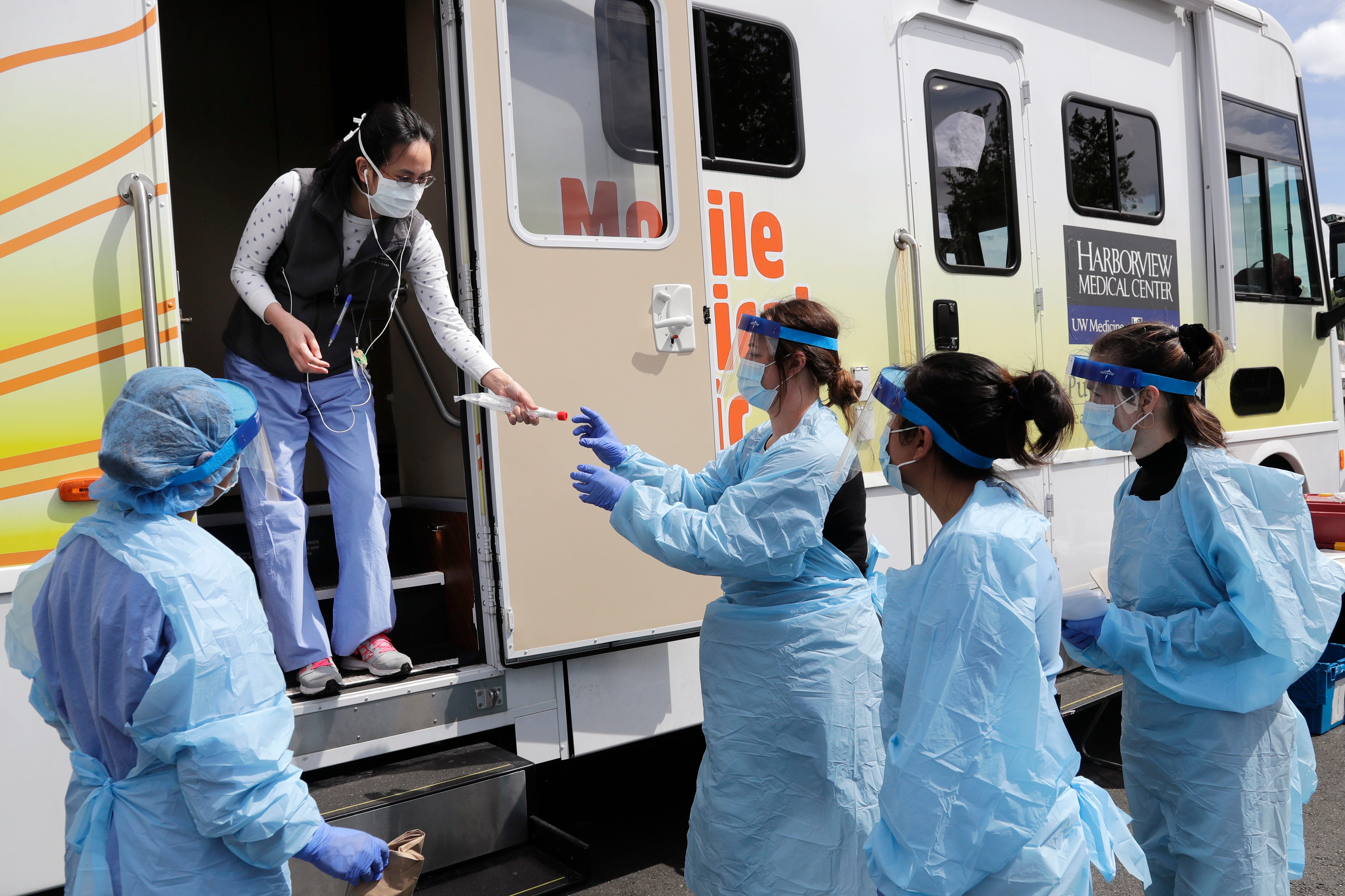 Federal data released this week shows that the number of deaths recorded in the U.S. this year is higher than normal, outpacing deaths attributed to COVID-19 in states that have been hit hardest by the virus.

The data provides the first look at death trends this year across the country and offers more evidence that the official tally of coronavirus deaths is low.

The phenomenon is pronounced in states with some of the worst COVID-19 outbreaks. From March 22 to April 11, New York saw 14,403 more deaths than the average of the previous six years, according to data maintained by the National Center for Health Statistics at the Centers for Disease Control and Prevention. New Jersey saw an additional 4,439 deaths and Michigan an additional 1,572.

The “excess deaths” surpassed COVID-19 fatalities in those states by a combined 4,563 people.  Experts suspect that unconfirmed coronavirus cases could be responsible for some of those deaths, but it might also be related to a shift in other causes of death. For example, some doctors speculate people might be dying from illnesses from which they would normally recover because the pandemic has changed access to health care.

“When we begin to look at it retrospectively, it’s going to help discern, or maybe develop a more accurate estimate of what the true number of deaths might have been from COVID-19,” said Dr. Matthew Boulton, a professor at the University of Michigan School of Public Health who also serves as Editor-in-Chief for the American Journal of Preventive Medicine.

It’s more difficult to gauge how much of a factor the missing COVID-19 deaths could be when looking at the entire country.

Over those same three weeks, at least 171,587 people died nationwide — 16,785 deaths more than the historical average. But that number is lower than the 23,460 COVID-19 deaths reported during the same time period, in part because 28 states have so far reported fewer deaths than average. That might mean fewer people have died there than is typical, or it might just mean the states haven’t finished reporting deaths to the CDC, a process that can take up to two months. (Two states — North Carolina and Connecticut — reported zero deaths for some weeks and were excluded from USA TODAY’s calculations.)

Death numbers for March and April are expected to increase because most states are still compiling figures. It will take months or years more before researchers know with certainty how many people actually died from COVID-19. Scientists say that delay is common for any infectious disease and more so for new pathogens like the novel coronavirus.

It’s not surprising that America would record more deaths when there is a new way to die, experts said. The big question is whether public officials are accurately counting all the deaths caused by COVID-19 so they can make smarter decisions about how to save lives in the future. The death certificate data tracked by the NCHS and released state-by-state for the first time last week provides early clues about the pandemic’s impact.

In addition to uncounted COVID-19 deaths, doctors worry that some people are dying unnecessarily from heart attacks and other conditions because hospitals canceled services or people are afraid to seek care.

“There is a new mental calculation: Is this test administered at the hospital worth the potential risk of being exposed to COVID-19?” said Dr. Sadiya Khan, an assistant professor at the Feinberg School of Medicine at Northwestern University in Chicago. “Our ER, as well as many others, are seeing far fewer patients because people are scared to come in.”

Experts said the count of deaths from any cause has limited use as a tool for tracking COVID-19 spread unless analyzed at a small geographic level, like cities, and combined with other sources of information. That’s largely because the count is influenced by so many different kinds of deaths: COVID-19, yes, but also car wrecks, suicides and heart attacks. Without knowing the numbers for each cause, it’s impossible to know how big of an influence any single one had on the overall tally.

There is one way experts are trying to narrow down the list of COVID-19 deaths that might have been uncounted. Because the coronavirus causes pneumonia in many severe cases, zooming in on deaths attributed to that lung condition could provide more specific clues.

A USA TODAY analysis of weekly mortality data since the fall of 2013 reinforces the possibility that COVID-19 deaths are being missed in official tallies because they were instead recorded as pneumonia. In a typical year, about 11,300 people have died from pneumonia in the last week of March and first two weeks of April. This year, more than 22,200 Americans have died from the condition from March 22 to April 11.

“Without a doubt,” some of those unclassified pneumonia deaths include uncounted COVID-19 cases and could help explain the unusually high number of fatalities, said Boulton from the University of Michigan.

Death data is only one of several information sources being monitored by leaders as they make policy and funding decisions, but it has some advantages.

Provisional death counts also can provide a better understanding of who is most at risk for severe outcomes, whether because of demographics or underlying conditions. For instance, COVID-19 might be listed as the primary cause of death, but conditions like heart disease or asthma could be listed as contributing causes, giving researchers clues about how the virus interacts with other health conditions.

Because of that, death counts are good at capturing the overall impact of a respiratory disease and identifying gaps in public health infrastructure, said Timothy Lant from the BioDesign Institute at Arizona State University. He led modeling efforts for the U.S. Assistant Secretary for Preparedness and Response until 2017.

“It’s a dirty signal, but it’s probably the best signal we have,” he said.