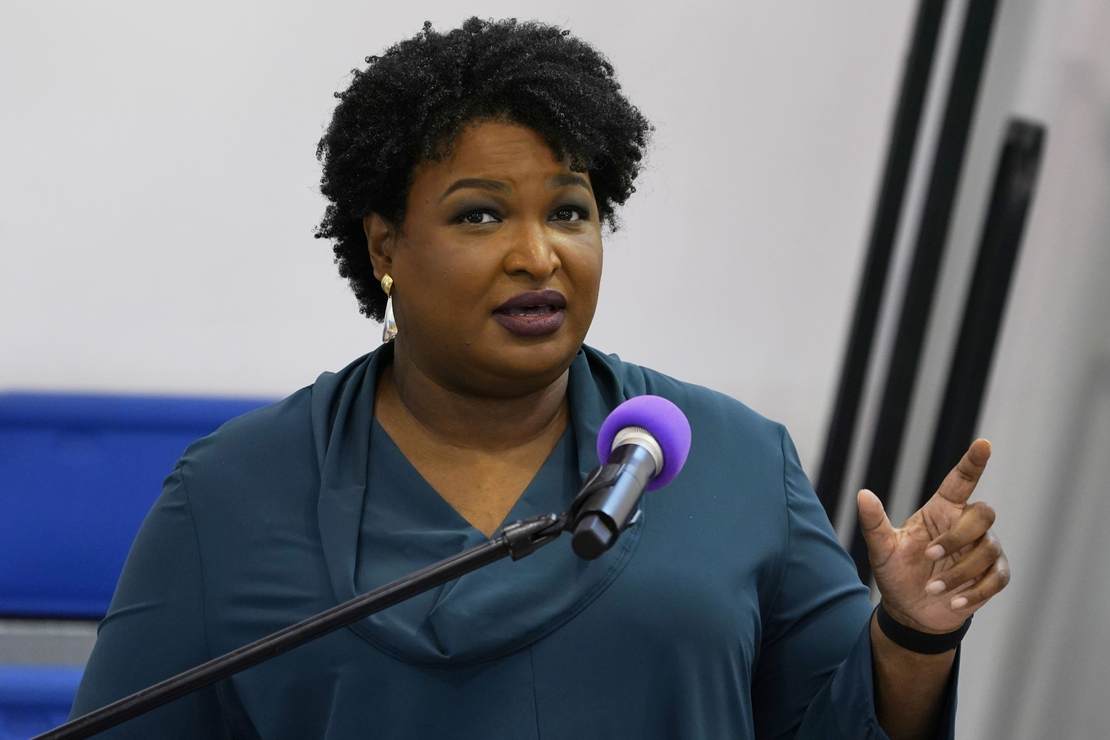 In 2018, Stacey Abrams lost the Georgia gubernatorial election to Brian Kemp and then refused to concede. She first filed a lawsuit to delay the certification of the vote and her campaign manager vowed that the race was not over. But ultimately Kemp’s 58,000 vote margin of victory was too much for Abrams to overcome and after 10 days she shut down her campaign.

State elections officials “grossly mismanaged” the 2018 election in a way that deprived some citizens, particularly low-income people and people of color, of their right to vote in violation of their constitutional rights, the lawsuit says. It was filed by Fair Fight Action against interim Secretary of State Robyn Crittenden and state election board members in their official capacities.

“The general election for governor is over, but the citizens and voters of Georgia deserve an election system that they can have confidence in,” Lauren Groh-Wargo, Abrams’ campaign manager who’s now CEO of Fair Fight Action, told reporters on the steps of the federal courthouse in Atlanta…

“This lawsuit is going to look broadly at all the ways our secretary of suppression, Brian Kemp, suppressed the vote,” Groh-Wargo said.

That lawsuit dragged on for more than three years but in April it finally went to trial. Stacey Abrams was going to prove once and for all that the 2018 election had been unfair.

Yesterday Fair Fight Action lost the case on all counts. A judge appointed by Barack Obama found nothing raised in the lawsuit violated the constitution or the Voting Rights Act.

U.S. District Judge Steve Jones’ judgment concludes the ambitious case against Georgia’s voter registration and absentee ballot practices after a trial in which voters testified about problems at the polls but few of them were unable to cast a ballot.

“Although Georgia’s election system is not perfect, the challenged practices violate neither the Constitution nor the VRA (Voting Rights Act),” Jones wrote in a 288-page order…

“The court finds that the burden on voters is relatively low,” Jones wrote about the “exact match” rules. “Here, plaintiffs have not provided direct evidence of a voter who was unable to vote, experienced longer wait times, was confused about voter registration status.”

Georgia’s current Secretary of State, Brad Raffensperger, said of the decision, “Stolen election & voter suppression claims by Stacey Abrams were nothing but poll-tested rhetoric not supported by facts & evidence.”

This ruling allows local officials to focus on the task at hand this year – running a safe, secure, & accessible election. Stolen election & voter suppression claims by Stacey Abrams were nothing but poll-tested rhetoric not supported by facts & evidence: https://t.co/rKGEx4SiVO

Governor Brian Kemp was even harsher, calling the lawsuit an attempt by Abrams to “line her pockets” and “build her own celebrity.”

Today, Stacey Abrams and her organization lost in court – on all counts. From day one, Abrams has used this lawsuit to line her pockets, sow distrust in our democratic institutions, and build her own celebrity. https://t.co/aGlgEQPfSU

In Georgia, it is easy to vote and hard to cheat – and I’m going to continue working to keep it that way.

Finally, Stacey Abrams, true to form, refused to admit she’d suffered a loss and instead labeled it a victory.

The conduct of this trial and preceding cases and legislative actions represent a hard-won victory for voters who endured long lines, burdensome date of birth requirements and exact match laws that disproportionately impact Black and Brown voters. 1/

This case and the public engagement on these issues have had measurable results: the reinstatement of over 22,000 ballots, substantive changes to voting laws, and a platform for voters of color to demand greater equity in our state. 3/

As governor, I will expand the right to vote.. I will defend minority voters, not bemoan their increased power or grow ‘frustrated’ by their success. This case demonstrates that the 2022 election will be a referendum on how our state treats its most marginalized voices. 5/

It’s not looking likely that Stacey Abrams is going to be the next governor of Georgia. I guess we’ll see if she’s about to concede the loss given a second chance.