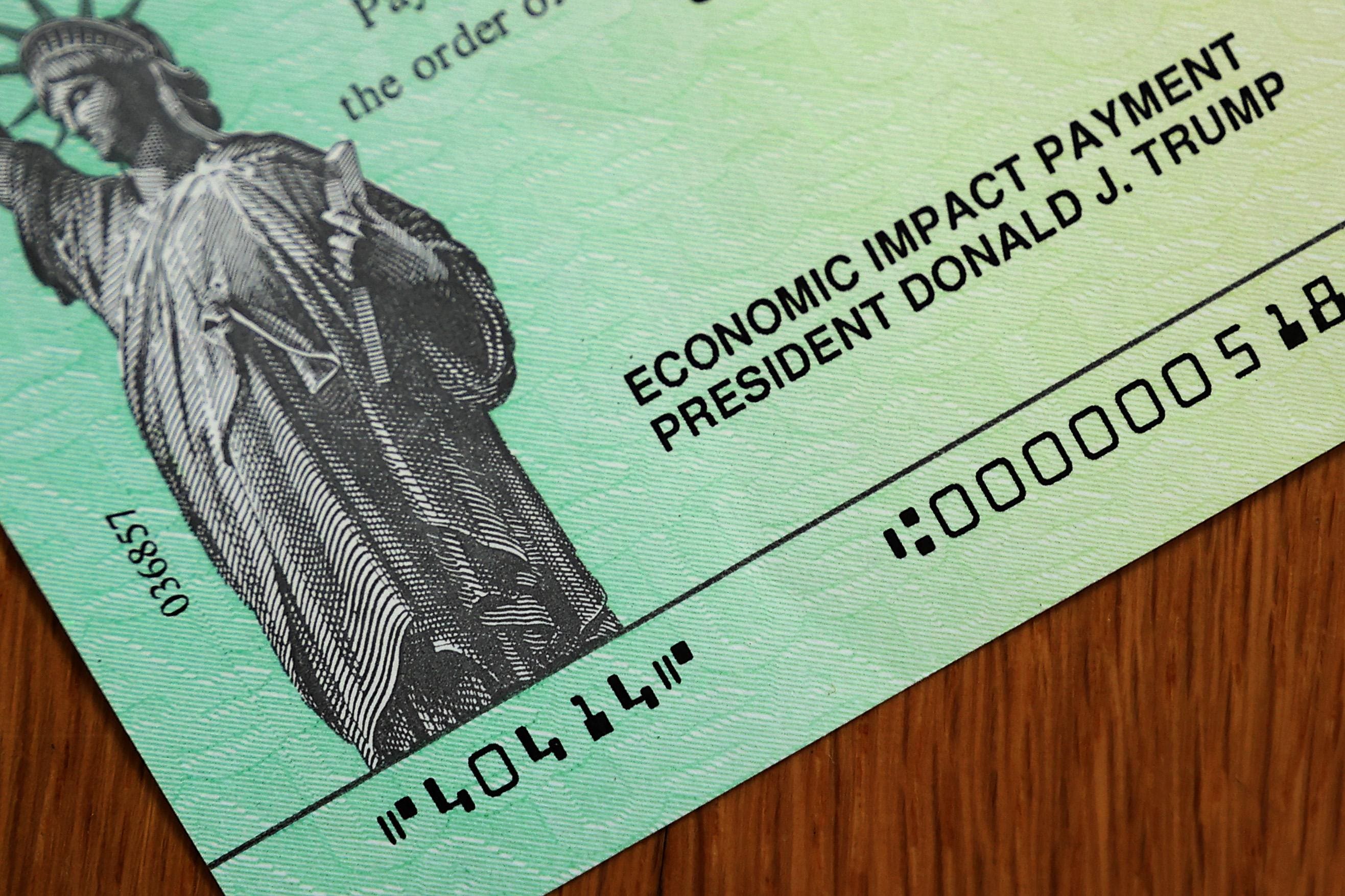 Stimulus checks have now been sent out to millions of Americans, with many more still waiting to receive them.

The stimulus checks, as well as a raft of other emergency measures put in place by Donald Trump’s administration and the Federal Reserve, have kept the U.S. economy on its feet through crippling lockdowns designed to slow the coronavirus pandemic.

But with lockdowns now easing, economists are looking ahead to how the stimulus checks might affect businesses and the economy in the months to come, with some warning we could be in for a severe bout of inflation—potentially driving interest in deflationary assets such as bitcoin. 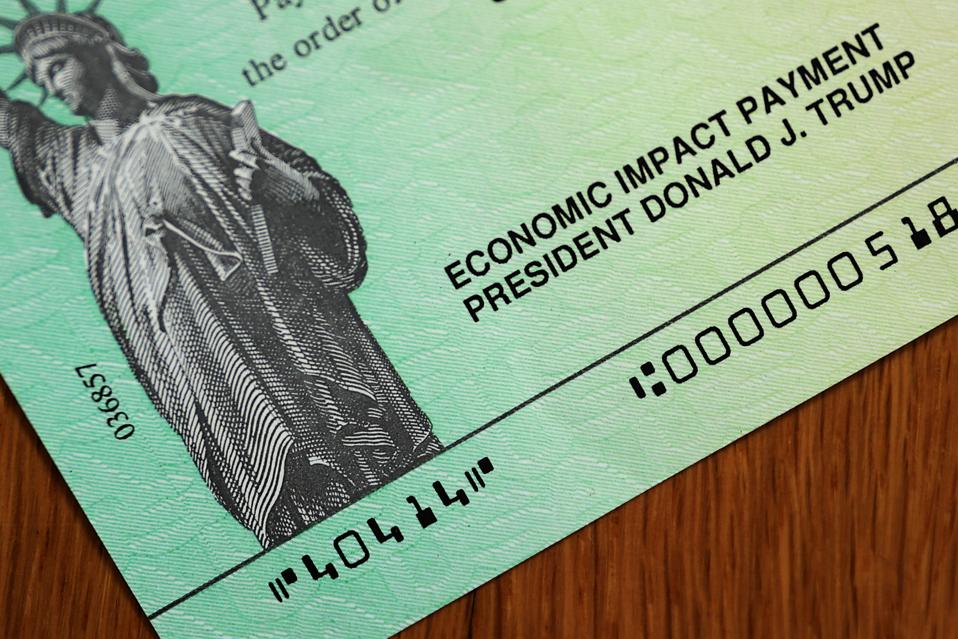 U.S. President Donald Trump signed millions of stimulus checks that were sent to millions of … [+] Americans around the country at the end of April.

“I’ve always said, when the next recession occurs monetary policy is going to become even more unconventional,” economist Nouriel Roubini, whose pessimistic reputation has earned him the nickname Dr. Doom, told the Odd Lots podcast.

“In advanced economies with some modicum of policy credibility left we’re not going to end up in hyper inflation but, over the next few years, we may see inflation rise from the current very low levels to higher levels.”

Roubini expects the post-coronavirus U.S. to go through a difficult recovery over “two or three years,” into an inflationary period, followed by a depression. Many of the lost jobs won’t return.

Others have echoed Roubini’s concerns, with some warning of a more serious inflationary shock.

“What will then happen as the lockdown gets lifted and recovery ensues, following a period of massive fiscal and monetary expansion,” asks Manoj Pradhan, founder of Talking Heads Macroeconomics, and Charles Goodhart, emeritus professor at the London School of Economics, in a paper published on the Centre for Economic Policy Research’s Vox policy platform.

“The answer, as in the aftermath of wars, will be a surge in inflation, quite likely more than 5% and even in the order of 10% in 2021, assuming that the pandemic gets tamed by the end of this summer—the longer the outbreak takes to tame, the weaker will be the ensuing surge in real activity and then inflation.”

This “surge in inflation” could take the likes of Trump, the Fed, and other central banks around the world off-guard as they focus on more pressing matters.

The latest data shows over 30 million Americans filed for unemployment in the last six weeks.

“In terms of tail risks not being focused on, inflation is definitely one of them,” Gopi Karunakaran, a money manager at Ardea, told Bloomberg.

Amid building fears over runaway inflation, the coronavirus pandemic has pushed some toward digital currencies such as bitcoin.

“The slow rise of digital currency has been given a gigantic boost by the pandemic,” Gary Cohn, a former advisor to president Trump and one-time director of the U.S. National Economic Council, wrote in a Financial Times op-ed last week.

Bitcoin is a scarce digital asset, meaning it has a fixed supply—topping out at a maximum 21 million bitcoin tokens. Bitcoin proponents have long argued bitcoin and other cryptocurrencies will become more attractive in an inflationary environment.

MORE FROM FORBESIs 2020 The New 2017? Bitcoin Could Be This Year’s Best Performing AssetBy Billy Bambrough 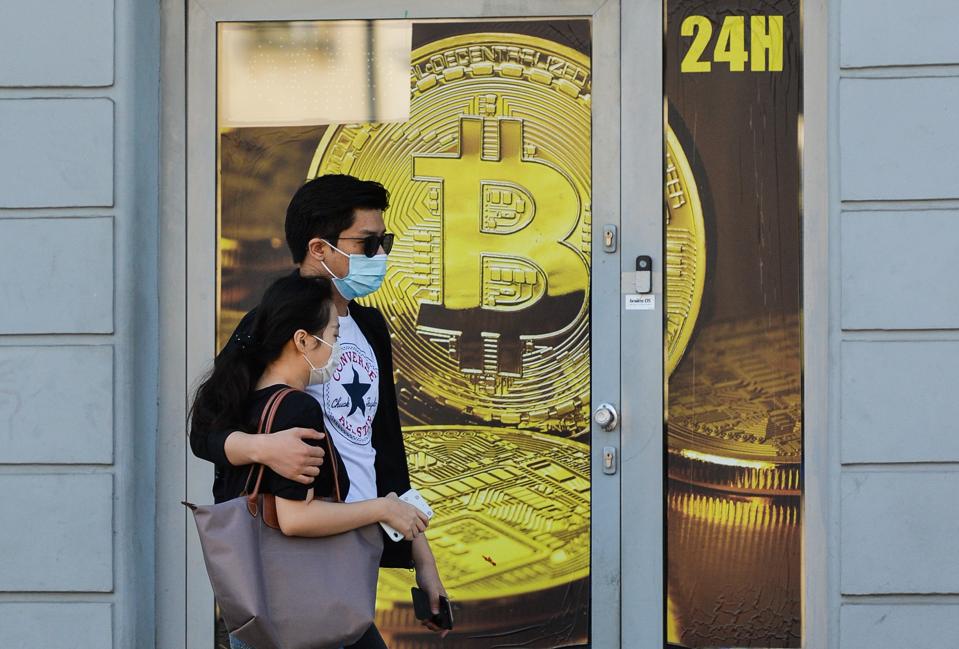 Many bitcoin and cryptocurrency exchanges around the world have reported a surge of new users and … [+] trading volume since the coronavirus crisis began. Some have even claimed stimulus checks are being used to buy bitcoin.

“When the U.S. floods the market with dollars, this means that it will take more dollars to buy the same amount of equities [and] commodities,” Anthony Pompliano, co-founder and partner at Morgan Creek Digital, said via Twitter back in March.

“Almost every asset price should rise, but the inflation hedges are likely to rise the most—gold [and] bitcoin,” Pompliano said, pointing to gold’s two-year rally that began in 2009, the year bitcoin was created.

Meanwhile, bitcoin is on the verge of a supply squeeze, called a halving, that will see the number of bitcoin rewarded to those that maintain the bitcoin network, known as miners, halved.

Many bitcoin traders and investors are betting the upcoming halving, set for May 12, will boost bitcoin’s price.

“In our opinion, the likely outcome of the halving is a positive supply-side impact over the mid- to longer-term,” said Chris Bendiksen, head of research at CoinShares, a Jersey-based digital asset manager.

“Macroeconomic tailwinds presented by global governments and the existing and growing inflows into passive bitcoin investment products we’re currently observing could cause a perfect storm for the bitcoin price over the mid- to long-term.”