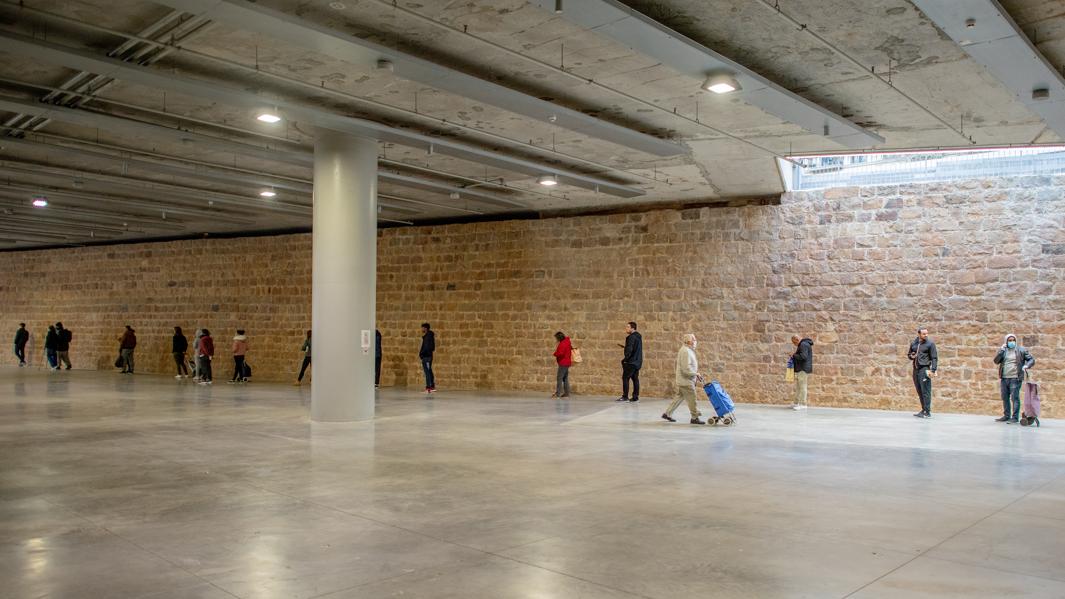 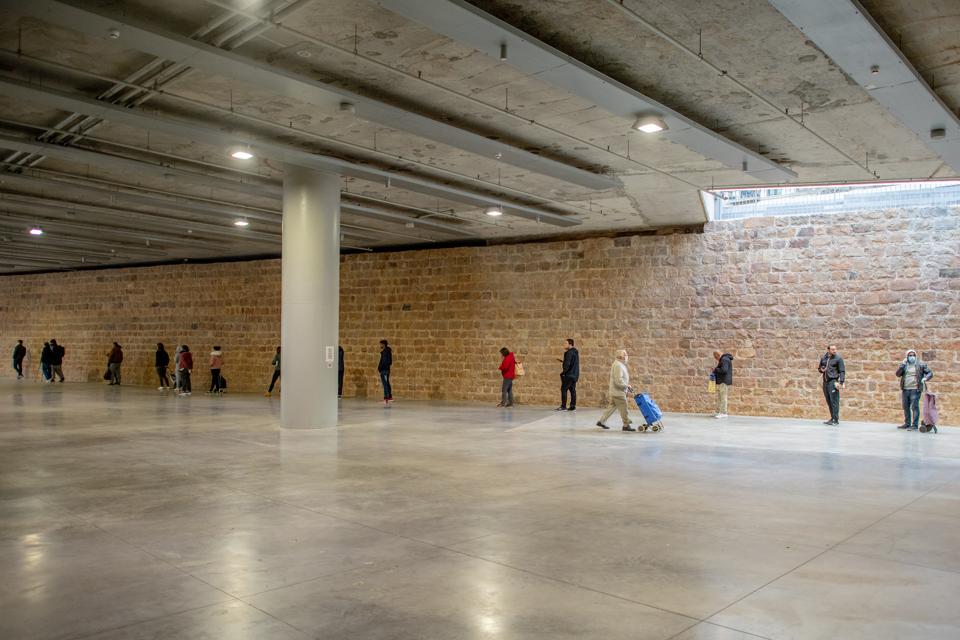 People keep their distance as they wait their turn in a queue to access a Lidl supermarket at the … [+] Sant Antoni green market on March 16, 2020 in Barcelona, Spain. (Photo by David Ramos/Getty Images)

You may be sexy and you know it. If so, congratulations. But there are some things that you may not know, especially these days. For example, what if you are carrying the COVID-19 coronavirus (SARS-CoV2) and you don’t know it? What if you are transmitting the virus to others without knowing it?

Knowing the asymptomatic ratio or proportion, that is the percentage of people carrying and potentially spreading SARS-CoV2 without demonstrating any symptoms, would be pretty darn helpful. It would give everyone a better sense of how far the virus has really spread, how to better control the spread of the disease, and what the actual death rate may be.

Well, two new scientific studies offer more insight into what this ratio or proportion may be. They aren’t perfect, so take the numbers with a fanny pack of salt. But they do provide the best numbers to date.

One of these studies was just published in the journal Eurosurveillance and conducted by a team from Kyoto University (Kenji Mizumoto and Katsushi Kagaya), Oxford University (Alexander Zarebski), and Georgia State University (Gerardo Chowell). They analyzed data from a COVID-19 outbreak that occurred on the Diamond Princess, a Princess Cruises’ ship. Vicky Forster has already described for Forbes what happened aboard this ship and how this was an opportunity for scientists to better understand SARS-CoV2. The ship had 3,711 passengers and crew members and was placed under quarantine on February 5, after a former passenger had tested positive for SARS-CoV2. Eventually, by February 21, 634 people including one quarantine officer, one nurse and one administrative officer ended up testing positive for SARS-CoV-2. 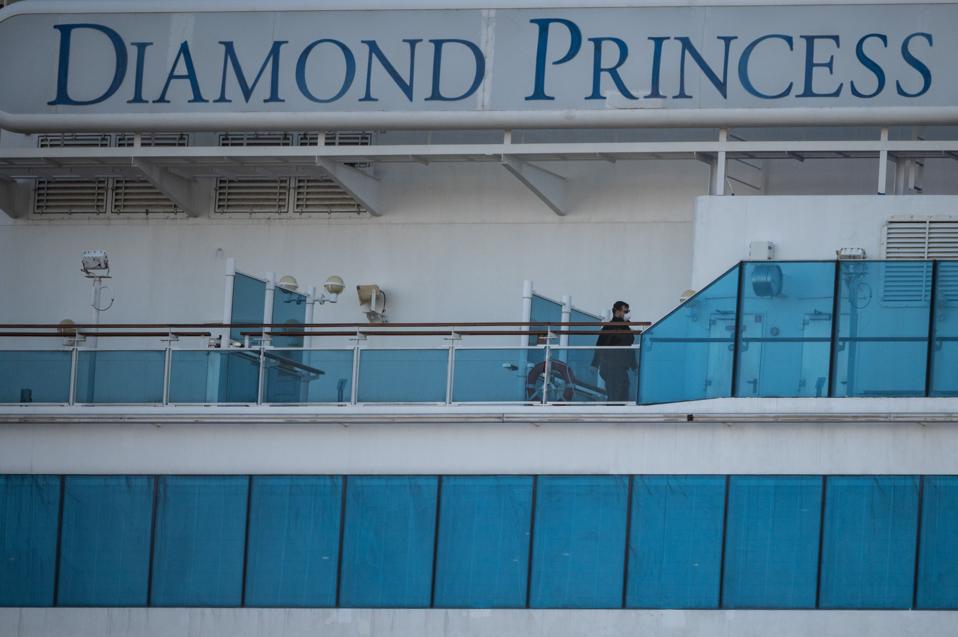 A crew member wearing a face mask walks on the deck of the Diamond Princess cruise ship at Daikoku … [+] pier cruise terminal in Yokohama on February 24, 2020. – Despite a quarantine imposed on the Diamond Princess, more than 600 people on board tested positive for the coronavirus, with several dozen in serious condition. (Photo by Philip FONG / AFP) (Photo by PHILIP FONG/AFP via Getty Images)

Once data from this cruise was made publicly available, the research team statistically modeled the ship out of it. The researchers had to use statistical models to fill in some of the gaps in the data. For example, not all passengers ended being tested for SARS-CoV2 as only 3,063 tests were done. Their analyses estimated that 17.9% of those infected had remained asymptomatic throughout with a 95% credible interval for this number of 15.5% to 20.2%.

These results suggest that SARS-CoV2 may be similar to the flu virus in one way: the asymptomatic rate. A study published in the journal Emerging Infectious Disease estimated that the asymptomatic rate for influenza to be 19.1% with a 95% confidence interval of 5.2% to 35.5%. So within the same ballpark, so to speak. Note that comparing the COVID-19 coronavirus to the flu in this way is no way saying that COVID-19 coronavirus is the same as the flu. This coronavirus is not just like the flu virus. This pandemic is different from the seasonal flu. SARS-CoV2 is not the flu. It just isn’t. Oh, and by the way, SARS-CoV2 is not the same as the flu.

This reported 15.5% to 20.2% range for SARS-CoV2 does overlap with the range provided by the second study that will be published as a research letter in the International Journal of Infectious Diseases. A pre-print proof version of the letter is available online. Presumably, there won’t be major changes in this paper once it becomes fully published. This study analyzed data on 565 Japanese nationals who had been evacuated from Wuhan, China. The research team which was primarily from Hokkaido University in Japan found that almost a third (30.8%) of those who had tested positive for SARS-CoV2 remained asymptomatic with a 95% confidence interval of 7.7% to 53.8%. The number is significantly higher but the 95% confidence interval is wider as well.

Between the two studies, the cruise ship study was a bit cleaner. Not in a hygienic, wash-your-hands sense, but more in a this-captured-what-happened-in-an-entire-enclosed-population sense. It is not clear how many different people the 565 people in the latter study may have interacted with and whether this was indeed a representative sample. By contrast, the cruise ship study was a so far rare opportunity to follow what happened to everyone who may have been exposed to the virus over a period of time.

Regardless, both studies reinforce the notion that many people are walking around unaware that they are carrying the virus and potentially spreading it to others. That means just because you feel well doesn’t mean that you should go out and do something like this:

As long as the SARS-CoV2 asymptomatic rate is anywhere above 0%, social distancing means staying physically apart from everyone, regardless of whether they look or feel sick. Without much more widespread and frequent SARS-CoV2 testing, it is impossible to tell who is and isn’t infected in any crowd.

Remember, asymptomatic means no symptoms. On top of the 15.5% to 20.2% or so who may be asymptomatic, there are others who may have just mild symptoms. In some cases, these symptoms may be barely noticeable depending on the person. As you know, different people have different levels of awareness and tolerance of symptoms. Are you feeling out of sorts because you are mildly ill or because you just watched the movie The Notebook three times in a row?

Additionally, keep in mind that even those who eventually develop major noticeable symptoms may remain asymptomatic but still infectious for a while. For example, a paper that is posted on Medrxiv describes an analysis of data from Singapore and Tianjin, China. The research team estimated that nearly half (48%) of the transmission in Singapore had occurred from people before they had developed symptoms and 62% in Tianjin, China. Of course, posting a paper on Medrxiv is very different from getting it published in a peer-reviewed respectable scientific journal. So take these results with a 48 toilet paper roll-size package full of salt.

Despite the caveats, these two studies do give us a better sense of what proportion of infected people out there will have no symptoms. This could help better calculate the number of cases that may have occurred and the death rate. This is also a reminder that to “flatten the curve,” and avoid infection, you have to distance yourself from everyone. That’s everyone.