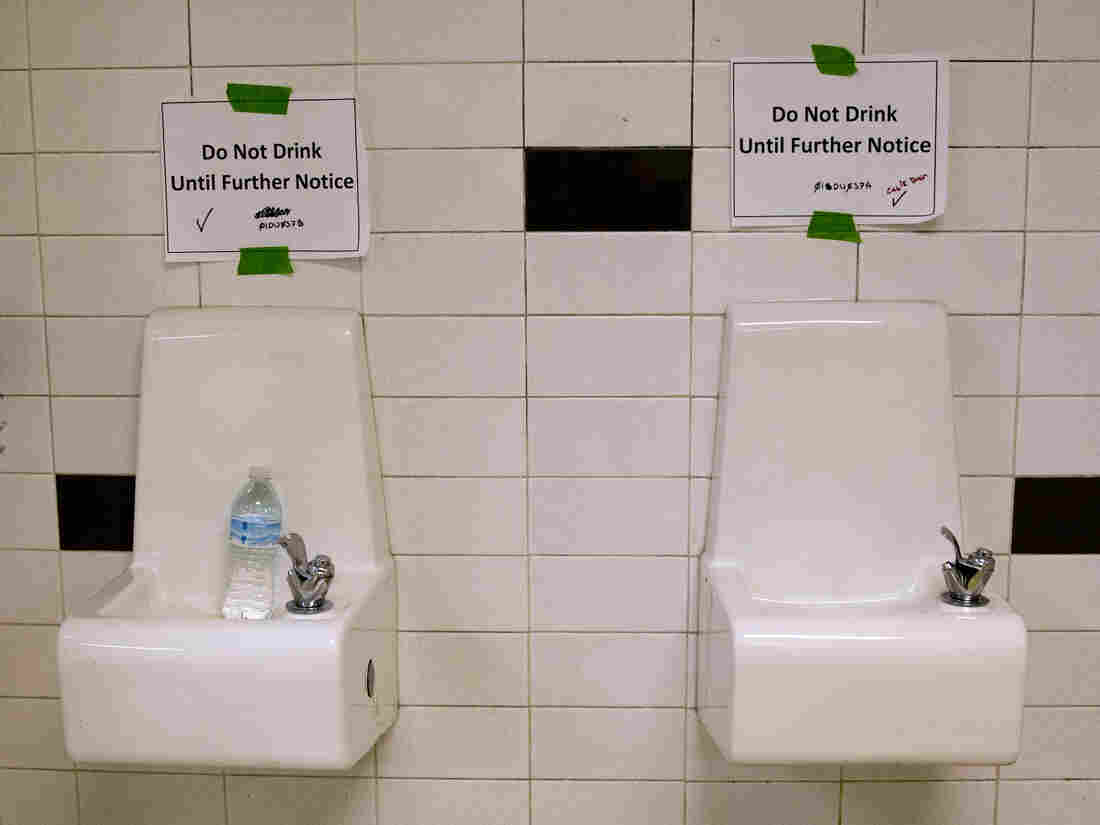 Drinking fountains are marked “Do Not Drink Until Further Notice” at Flint Northwestern High School in Flint, Mich., in May 2016. After 18 months of insisting that water drawn from the Flint River was safe to drink, officials admitted it was not. Carolyn Kaster/AP hide caption 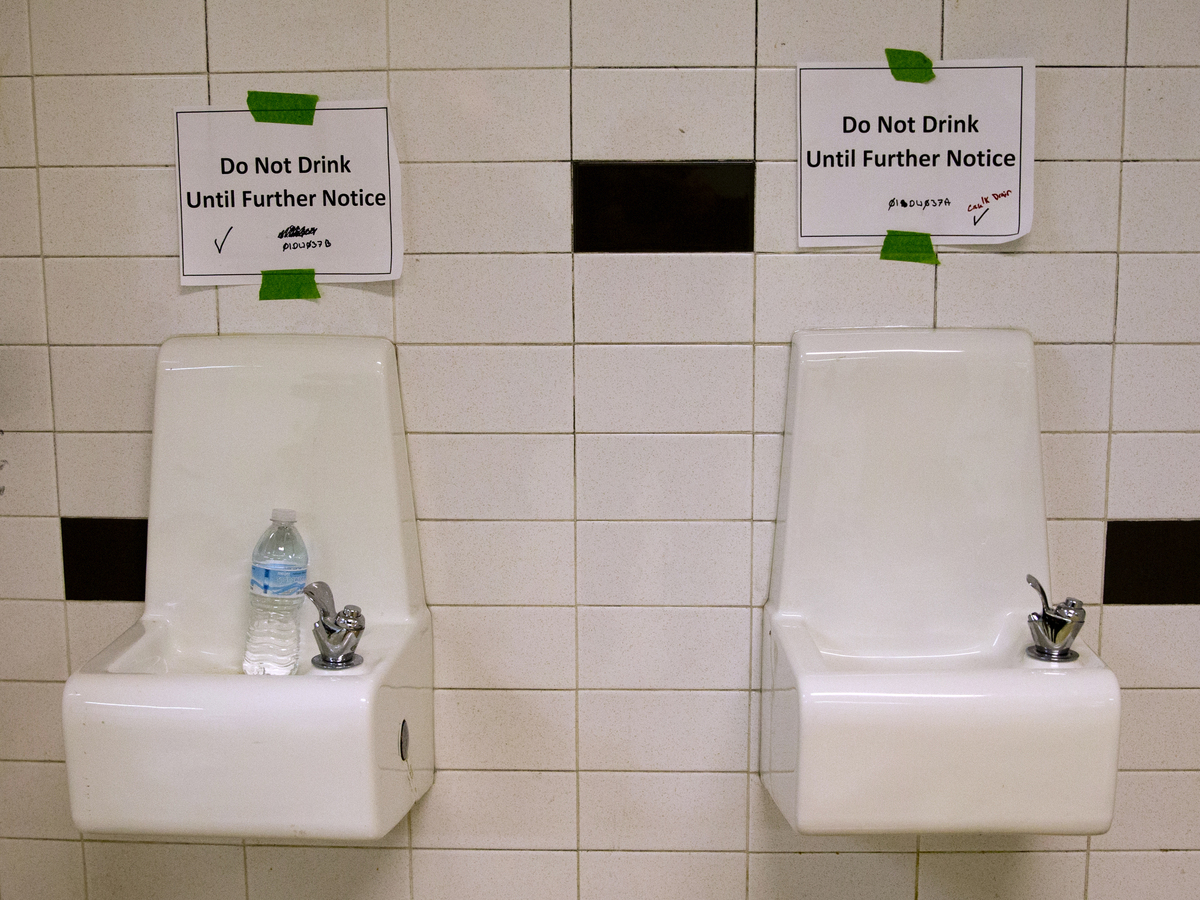 Drinking fountains are marked “Do Not Drink Until Further Notice” at Flint Northwestern High School in Flint, Mich., in May 2016. After 18 months of insisting that water drawn from the Flint River was safe to drink, officials admitted it was not.

The Supreme Court on Tuesday cleared the way for water crisis victims to sue state and local government officials in Flint, Mich.

For years, Flint city officials and state regulators have argued that they are protected by “qualified immunity” from being sued for their role in the water contamination crisis. But lower courts have ruled to the contrary.

In refusing to take up a pair of cases involving the lead-tainted water, the Supreme Court has upheld those lower court rulings.

Attorney Michael Pitt, co-lead counsel on the class action lawsuit, which includes thousands of Flint residents suing for damages from the 2014 incident, welcomed the decision as a major victory.

He said, “It’s time for the people of Flint to start feeling like they are going to get their day in court,” Michigan Radio reporter Steve Carmody reported. “This just moves the entire process closer to that day.”

Pitt added that his clients have thus far “been denied justice.”

The initial lawsuit turned away by the high court was filed in 2016. It argues that officials, including then-Gov. Rick Snyder, acted indifferently to the risk of bodily harm that residents faced when they were exposed to high levels of lead and other contaminants after the city’s drinking water source was switched to draw from the Flint River in 2014. The move was made without properly treating pipes for corrosion, letting lead and bacteria into the water supply.

In an April 2019 ruling, U.S. District Judge Judith Levy ruled that Snyder “was indifferent because instead of mitigating the risk of harm caused by the contaminated water, he covered it up. In private, he worried about the need to return Flint to [Detroit’s water system] and the political implications of the crisis. But in public, he denied all knowledge, despite being aware of the developing crisis. As a result, plaintiffs were lured into a false sense of security.”

More than a year later, the city switched to using water from Lake Huron. But that came too late to prevent a dozen fatalities.

During the period that Flint’s tap water came from the Flint River, a Legionnaires disease outbreak occurred, killing at least 12 people. Dozens of others were hospitalized.

Although government officials initially claimed the water was safe to drink, 18 months later they admitted it was not.

It wasn’t until late 2016 that the city’s water supply finally met federal safety standards, though some residents remain skeptical of those findings.

Defense attorney Pitt says it could be another year before an actual trial begins.

The events in Flint have triggered scores of Midwest cities to remove aging lead water pipes.

As Tom Neltner at the Environmental Defense Fund told WBEZ’s Monica Eng, “Our country has an estimated 6 million lead service lines. … And it’s like drinking water through a lead straw. So where people have them, it’s one of the most significant sources of lead in drinking water.”

About 180 cities and towns across the country are taking action to remove harmful pipes.

In Flint, crews have been working to replace old lead and galvanized service lines with copper pipes.