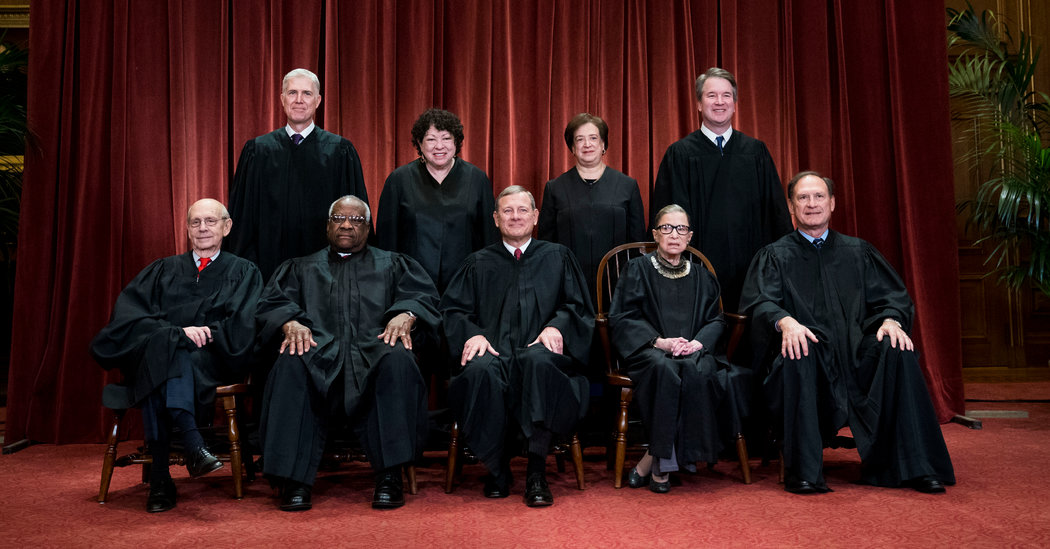 WASHINGTON — The Supreme Court ruled on Monday that the Constitution banned non-unanimous jury verdicts in cases involving serious crimes. The decision will affect defendants and prisoners in Louisiana and Oregon, the only two states that have allowed such verdicts in recent years.

The decision was badly fractured, with the justices sharply debating whether to adhere to an earlier decision.

The case concerned Evangelisto Ramos, a Louisiana man who was convicted in 2016 of killing a woman in New Orleans. The jury’s vote was 10 to 2, which was enough under the state’s law at the time. Louisiana has since amended its State Constitution to bar non-unanimous verdicts, but the move came too late to help Mr. Ramos, as it applies only to crimes committed after 2018.

Oregon is the last state that allows non-unanimous verdicts in criminal cases.

The case, Ramos v. Louisiana, No. 18-5924, was in one sense mere constitutional housekeeping. The Supreme Court has long held that non-unanimous verdicts are forbidden under the Sixth Amendment in federal criminal trials.

While the Bill of Rights originally restricted the power of only the federal government, the Supreme Court has ruled that almost all of its protections apply to the states under the 14th Amendment, one of the post-Civil War amendments. It would seem a small step, then, to conclude that the Sixth Amendment bars non-unanimous verdicts in state criminal trials, too.

But a confusing 1972 decision, Apodaca v. Oregon, complicated matters. The vote in the case was 4 to 1 to 4, and only Justice Lewis F. Powell Jr., who cast the controlling vote, said federal and state cases could be treated differently.

Justice Neil M. Gorsuch, writing for the majority on Monday, said the Louisiana and Oregon laws were rooted in racism.

In 1898, after the Supreme Court ruled that states could not exclude black people from juries, Louisiana held a constitutional convention whose purpose, as the chairman of its judiciary committee put it, was “to establish the supremacy of the white race in this state to the extent to which it could be legally and constitutionally done.”

The State Constitution adopted at that convention replaced a unanimity requirement with one that said the votes of nine jurors out of 12 were enough to convict defendants of noncapital felonies. The point, Justice Gorsuch wrote, quoting an earlier decision, was “to ensure that African-American juror service would be meaningless.” (In 1973, the Constitution was amended to require 10 jurors to agree.)

“Courts in both Louisiana and Oregon have frankly acknowledged that race was a motivating factor in the adoption of their states’ respective non-unanimity rules,” Justice Gorsuch wrote.

In dissent, Justice Samuel A. Alito Jr., joined by Chief Justice John G. Roberts Jr. and, for the most part, Justice Elena Kagan, said the majority’s discussion of race was part of a trend in “too much public discourse today” that “attempts to discredit an argument not by proving that it is unsound but by attacking the character or motives of the argument’s proponents.”

Justice Alito wrote that the Apodaca decision deserved respect and that overruling it would lead to “a potential tsunami of litigation.” In Oregon alone, he wrote, more than 1,000 defendants with pending appeals may be able to challenge their convictions, to say nothing of post-conviction challenges that may be available in both Louisiana and Oregon.

Justice Gorsuch said that burden, whatever its magnitude, was not a good enough reason to keep the Louisiana and Oregon laws in place. “The dissent would have us discard a Sixth Amendment right in perpetuity rather than ask two states to retry a slice of their prior criminal cases,” he wrote. “Whether that slice turns out to be large or small, it cannot outweigh the interest we all share in the preservation of our constitutionally promised liberties.”

The clashing opinions were mostly a debate over respect for precedent, a topic that has recently consumed and divided the justices as they prepare to confront a potential case on the fate of the constitutional right to abortion established in 1973 in Roe v. Wade. The upshot was a remarkably tangled set of opinions.

As summarized by Justice Brett M. Kavanaugh in a concurring opinion, it appeared that “six justices treat the result on Apodaca as a precedent” and “a different group of six justices concludes that Apodaca should be and is overruled.”

Justice Ruth Bader Ginsburg and Stephen G. Breyer joined all of Justice Gorsuch’s opinion, including a passage that said the Apodaca decision was not entitled to be treated as precedent. In addition to Justice Kavanaugh, Justices Clarence Thomas and Sonia Sotomayor each filed separate concurring opinions.

Justice Thomas wrote that he agreed with Justice Gorsuch’s bottom line but would have applied a different provision of the 14th Amendment to reach the result.

Justice Sotomayor wrote that “while overruling precedent must be rare, this court should not shy away from correcting its errors where the right to avoid imprisonment pursuant to unconstitutional procedures hangs in the balance.”

Justice Kavanaugh contributed an 18-page concurring opinion in which he set out an extensive analysis of when overruling precedents is appropriate. He said every current member of the court had voted to overrule constitutional precedents, and he listed major decisions that had overruled earlier cases, including ones on school segregation, gay rights and abortion.

The Apodaca decision, he wrote, should also be overruled.

“Why stick by an erroneous precedent,” he asked, “that is egregiously wrong as a matter of constitutional law, that allows convictions of some who would not be convicted under the proper constitutional rule, and that tolerates and reinforces a practice that is thoroughly racist in its origins and has continuing racially discriminatory effects?”