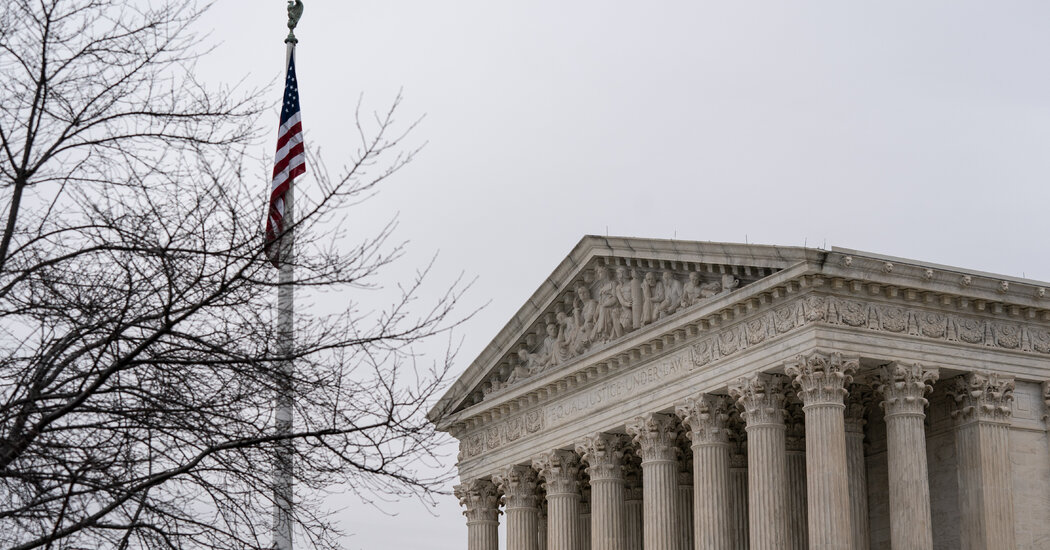 WASHINGTON — The Supreme Court on Monday took a hard look at whether more than 250 administrative judges who hear patent disputes, some of them over billions of dollars, had been appointed in violation of the Constitution.

Several justices indicated during the oral argument that they thought the judges, who serve on the Patent Trial and Appeal Board, an administrative tribunal in the executive branch created by a 2011 law, perform work of such importance and independence that they should have been appointed by the president and confirmed by the Senate.

“This structure is a real break from tradition,” Justice Brett M. Kavanaugh said. “These are multimillion, sometimes billion-dollar decisions being made not by someone who’s accountable in the usual way.”

The Constitution’s separation of power, he said, forbids Congress from insulating officials in the executive branch with significant authority — even ones whose job it is to adjudicate disputes — from presidential control.

Malcolm L. Stewart, a lawyer for the federal government, said the patent judges, who were appointed by the commerce secretary in consultation with the director of the U.S. Patent and Trademark Office, were adequately supervised by the director, who like the commerce secretary is appointed by the president and subject to Senate confirmation. The director, he said, provided the judges with enough oversight that they were not “principal officers” who themselves required presidential appointment.

“The director can promulgate binding guidance concerning substantive patent law,” Mr. Stewart said. “He can designate particular board opinions as precedential, thus making those opinions binding on future panels. He can also decide whether any particular review will be instituted and which judges will sit on the panel.”

Chief Justice John G. Roberts Jr. responded that those methods “seem to be more or less ways of twisting the arms” of the patent judges that fell short of the required direct control. The one thing the director cannot do, the chief justice said, is change a decision issued by a panel of patent judges.

The case, United States v. Arthrex, No. 19-1434, arose from a challenge filed by Smith & Nephew, a medical technology company, against patents held by a competitor, Arthrex, on a medical device. A panel of patent judges ruled that Arthrex’s patents were invalid.

Arthrex appealed to the United States Court of Appeals for the Federal Circuit, a specialized court in Washington, saying that the patent judges’ decision should be thrown out because they had not been properly appointed.

The appeals court agreed, ruling that the judges performed important work without supervision and so were “principal officers” under the Constitution, meaning that they had to be appointed by the president and confirmed by the Senate.

On Monday, Justice Sonia Sotomayor asked how it was possible to reconcile judicial independence, even for administrative judges, and presidential control. “Isn’t that totally at odds with an adjudicatory system of any kind?” she said.

Mark A. Perry, a lawyer for Smith & Nephew, said that conflict justified a flexible approach by Congress, one that should allow the current system. “There is an inherent tension in agency adjudicatory-type proceedings between adjudicative independence and presidential control,” he said, “and that balance can be struck by Congress in many, many ways and throughout history has been struck in many, many ways so long as the channels of authority are preserved.”

But Jeffrey A. Lamken, a lawyer for Arthrex, said more supervision was required for executive-branch officials who have the “final word resolving billion-dollar disputes affecting the innovation landscape.”

“For the parties aggrieved by the loss of valuable rights,” he said, “there’s no superior they can go to to ask them to countermand that bad decision.”

The appeals court’s solution to the constitutional problem was to strike down a part of the law that protected the patent judges from being fired without cause. This effectively demoted them from “principal officers,” the appeals court said.

The Supreme Court did not seem likely to adopt that particular fix, and there did not appear to be a consensus about what should follow from a ruling that the patent judges had been appointed in violation of the Constitution.

The Supreme Court’s decision will affect more than 100 cases that have been vacated by the appeals court, which had initially ordered them to be reheard by panels of newly demoted patent judges. Those hearings have been suspended while the justices consider the case before them.