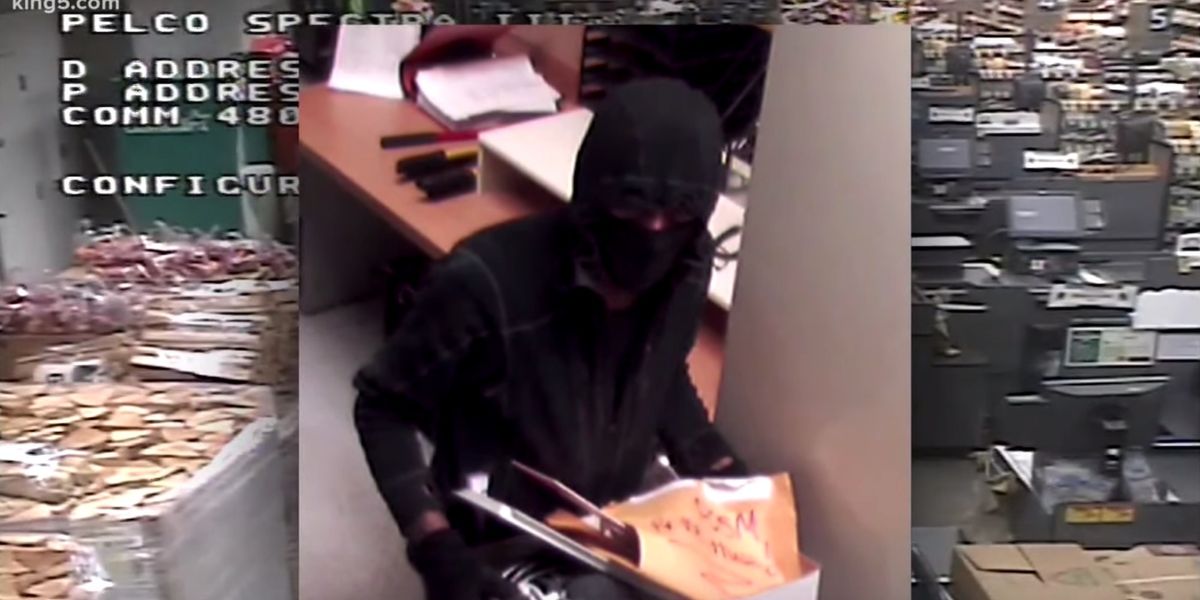 A mystery man living in the ceiling rafters of a grocery store has been captured on surveillance footage, but police have been unable to catch him for weeks.

The video comes from the Haggen Northwest Fresh Market in Auburn, Washington.

Police told KING-5 in Seattle that they believe he only comes out to steal from the store, then returns to a hiding place that they have been unable to find.

The man can be seen wearing black and a black mask. He has stolen thousands of dollars worth of cigarettes.

Auburn police were originally called when employees discovered evidence of a break in and robbery, but then they began hearing footsteps above them, and saw the man’s legs dangling from the ceiling.

Police have tried using infrared heat map technology and K9 dogs to find him, but have been unsuccessful.

“It’s very difficult. There are many, many little hiding places where he could’ve been,” explained Hirman. “It’s such a large store and it’s very crowded with venting and everything.”