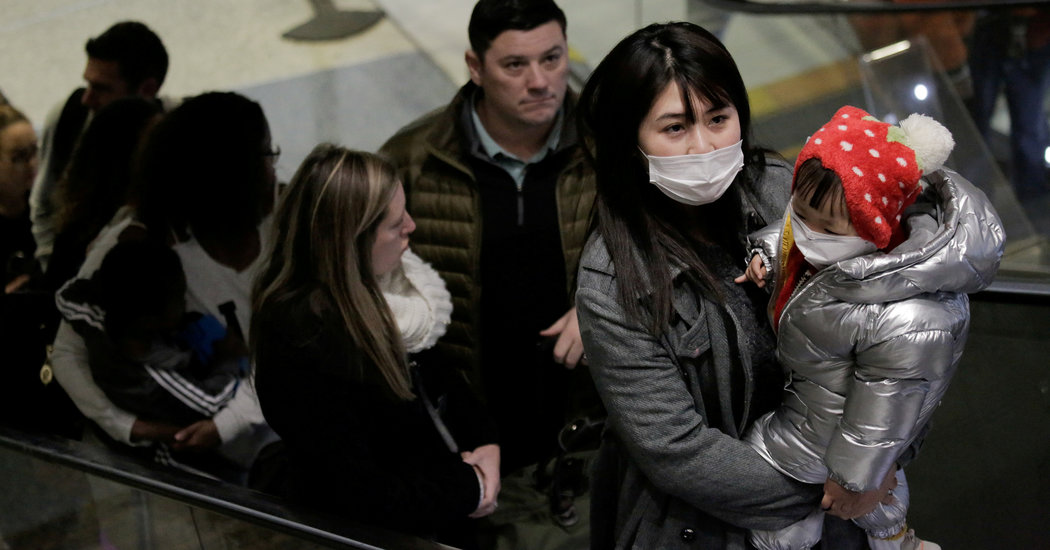 SEATTLE — Health officials in Brazos County, Texas, said Thursday that they were investigating a suspected case of Wuhan coronavirus and were keeping a patient isolated at home as they did additional testing.

The patient had traveled from Wuhan, China, where the outbreak of the respiratory illness began, and health care providers determined that the patient met the criteria for coronavirus testing, officials said. They said they would promptly announce if testing confirmed the patient’s illness is a case of Wuhan coronavirus.

The United States identified its first confirmed Wuhan coronavirus patient in Washington State earlier this week after a man who had traveled to the Wuhan region became sick and sought medical attention. Officials have been working to contact people who were on his flight home and are monitoring 16 people they have identified as having had close contact with that patient in recent days.

While assuring the public that there was little threat, officials said Wednesday that they also believed it would not be the last Wuhan coronavirus case to reach the United States.

The strain of coronavirus surfaced in December and has spread through parts of Asia, sickening hundreds and killing at least 17 people. The authorities in China have since closed off Wuhan, a city of more than 11 million people, by canceling flights and trains leaving the city, and suspending bus, subway and ferry service within it. Travel restrictions have been extended to several cities nearby.

The United States has implemented its own travel limits, funneling passengers who have traveled recently to Wuhan through a handful of airports, including Los Angeles International, that have special screening processes in place.