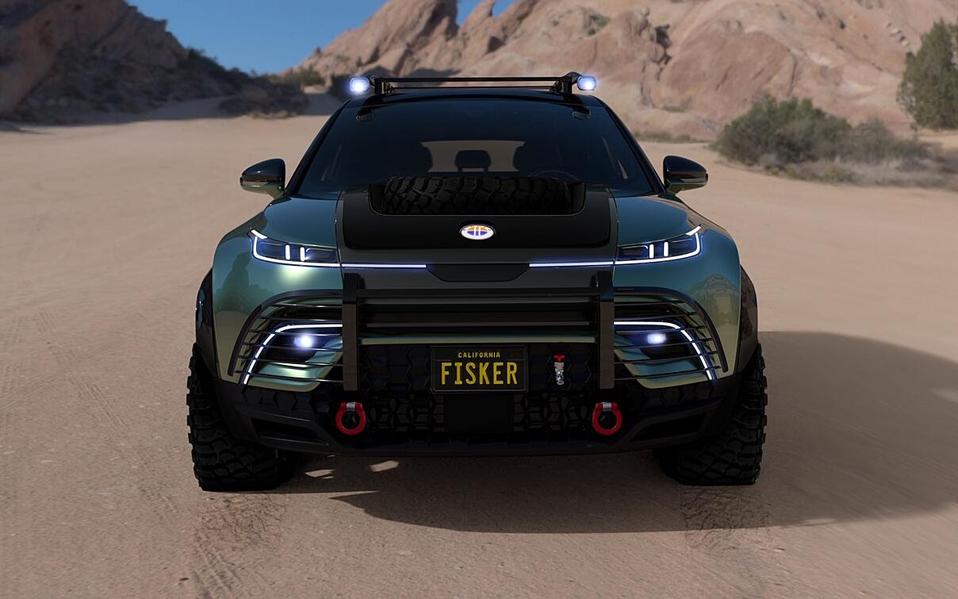 The Force-E will be a 300-horsepower all wheel drive vehicle with more torque than the standard Ocean. It’ll also be lifted, with a heavy-duty suspension, and come with off-road tires and wheels. A scuff plate, roof rack with integrated lights, extra tow hooks, and the ability to plug in tools for power will add to the Force-E’s rugged off-road appeal. 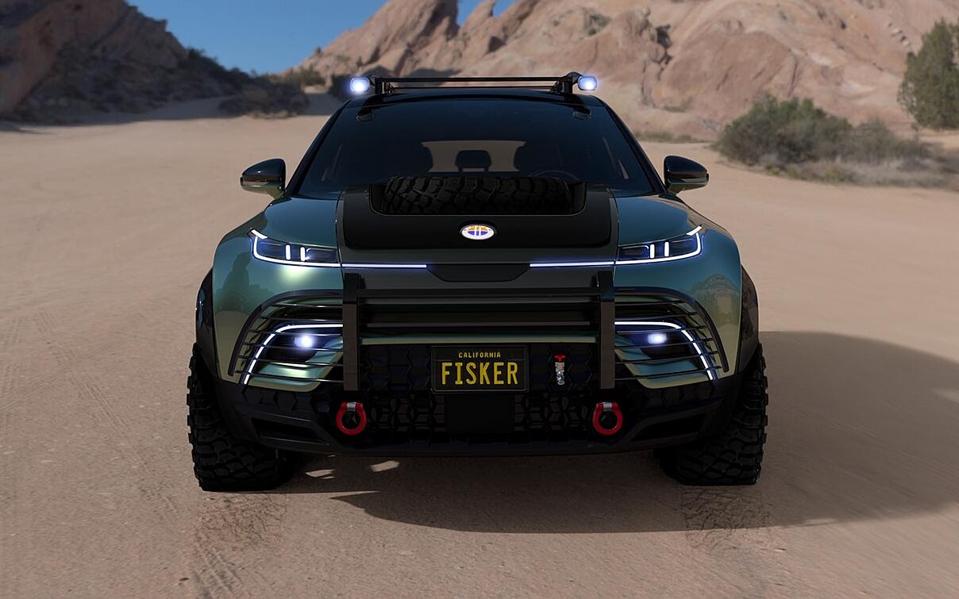 Other features include a full-size spare partially hidden in a deep recess in the hood, something Fisker says can only be done on an electric platform. There’s also a large drinking water tank that you can access from outside the vehicle, and a more rugged interior designed with durable materials that will withstand the wear and tear that work or service vehicles typically have to endure.

Add it all up, and you’ve got a fairly appealing eco-friendly platform for both weekend warriors who want to do a little light backcountry exploration and companies that need work vehicles that can go off the beaten track.

Without, of course, Cybertruck’s controversial aesthetic.

According to Fisker, companies are looking for something like this. The company has received “an overwhelming number of inquiries,” apparently from companies with fleets of vehicles. Fisker’s also trying to make it appealing for search and rescue operations. 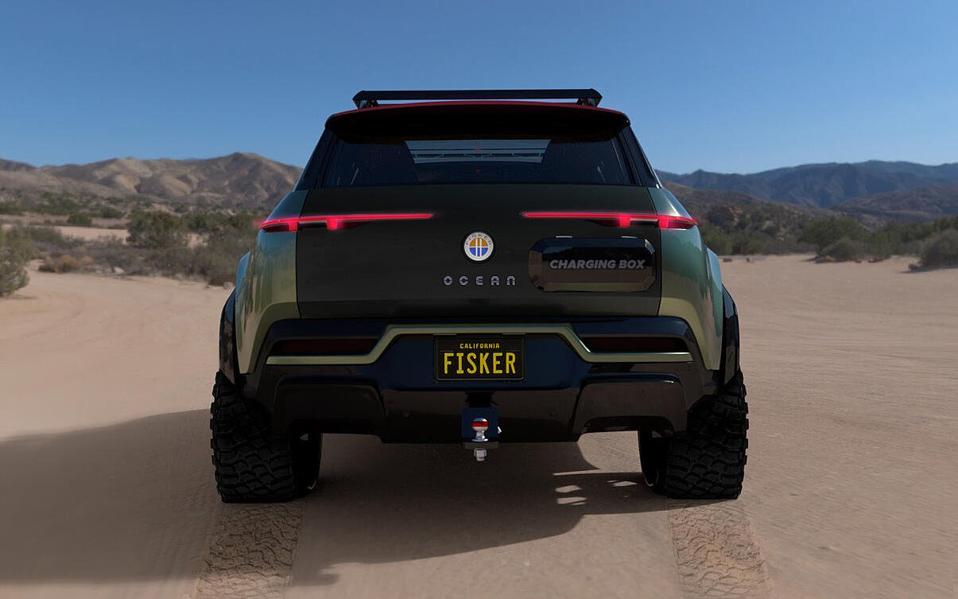 The Fisker Ocean is not yet shipping.

It is scheduled to enter manufacturing at the end of 2021, hitting volume and customer deliveries in 2022. There’s a lot to be accomplished before that, however: we’ve seen Tesla’s production challenges, and any new car company is likely to have similar issues. Fisker isn’t even announcing its manufacturing strategy until the third quarter of 2020.

Cybertruck production will likely hit its stride in 2021, but the least expensive models won’t be available until late 2022. The difference, of course, is that Tesla has already figured out how to manufacture electric vehicles in significant volume.

The Fisker Ocean and Force:E are much more traditional-looking vehicles, but they are attractive. (Yes, that’s subjective.) I’ve been a Jeep owner in the past, and I’d be one again if they came out with a well-priced and competitive electric option. But this could be a nice alternative.

The Fiskers are also affordable.

As many as 22,000 people have pre-ordered a Fisker, although the company’s language leaves room for confusion around exactly how many pre-orders the company has booked:

“Over 22,000 people from 116 countries have shown interest in the 2022 Fisker Ocean EV, with majority of paid reservations coming from North America,” the company said. “We continue to receive reservations daily.”