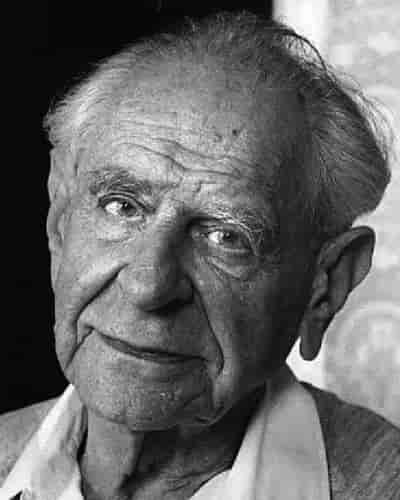 I finished part one of this series by mentioning an even deeper level to our current predicament. I want to get to that, but first, I want to set that discussion up a bit more.

I begin with this statement:

Wokism is now the official state religion of the United States of America.

By constitutional standards, this means something has gone wrong. The United States isn’t supposed to have a state religion. The First Amendment specifically prohibits the establishment of a state religion. Yet it now has one, and its name is Wokism.

Fuss about my characterization if you want—it won’t change anything. Wokism, or some substream of Wokism (like critical race theory), is now celebrated or taught as Absolute Truth in every elementary school class, every middle and high school class, every university class, every corporate training session, every Capitol Hill political chamber, every Hollywood movie or cable show, every civic ceremony, every law, every political speech, every novel, every awards show, every sports league, every everything. It’s even become big in churches, as I noted here. The One True Truth of Wokism is preached everywhere now.

Government, its corporate allies, and cultural institutions (they’re all one big blob now) all fund Wokism. They, along with their street troops, all demand Wokist belief and perfect compliance with Wokist commandments and rituals. They all punish those who question Wokist orthodoxy, often by completely ruining their lives. They fire dissenters, ban them from social media forever, initiate global social media pile-ons, and even threaten to kill them. Sometimes our officially Wokist government sends in goon squads to scare, or even arrest, those who dare criticize Wokism’s Sith Lord thought pontiffs.

And what this all means, among other things, is that Wokism is more than a religion, and a state religion at that. It’s a political ideology, too. It’s a bellicose, uncompromising, ruthless, unself-critical, totalitarian movement entailing both religious and political features.

That this has happened means—can only mean—that something has gone terribly wrong in America (and the rest of the West). America’s original plan was to avoid funding and pushing any particular religious ideology or practice. It was to have full religious freedom. It was to keep government limited to solely protecting a few basic liberties. It was for Americans and their government to live and let live.

But things have changed. Why?

A hundred possibilities come to mind. Maybe all are right to some extent or another. Maybe luxury spoiled us and made us fat and lazy and stupid. Maybe the Frankfurt School communists really did inject a lethal dose of philosophical poison into American thought. Maybe misguided government policies, and socially corrosive movements like sexual libertinism or feminism, really did start the implosion of the family unit. There are dozens more possible culprits.

Somehow or other, we’ve wound up in a total mess. And somehow or other, we need to find a way out of it. This is no way to live. I know I’m not the only one who doesn’t want to live in a society run by frothing ideologues who have declared war on human biology, logic, and mathematics; on unborn children, confused adolescents, and the traditional familial arrangements which raise them; on Shakespeare and Homer; on Bach, Debussy, and Holst; on fundamental fairness, decency, and other traditional virtues; on reality itself—on survival itself. These people are all manic, God-hating, obsessive-compulsive nation-destroyers, community-destroyers, culture-destroyers, family-destroyers, individual-destroyers, love-destroyers, beauty-destroyers, everything-destroyers. The brute fact is, they cannot be tolerated in any society.

And maybe that word—tolerate—is the clue. Maybe that’s the conceptual key that begins unlocking this mess.

It was the Austrian philosopher Karl Popper who most famously noted the impossibility of a fully tolerant society. In his 1945 book, The Open Society and Its Enemies, he described what he called “the paradox of tolerance“:

No sensible person could deny Popper’s observation. Tolerate the growth of cancer in your lung, and the cancer eventually takes over your whole body and kills you. It’s the same with societies.

The challenge here for us, however, is that the original rules of our society—the ones we’ve spent our entire lives cherishing—appear to have set the boundaries of tolerance too far apart. Too much tolerance created the space for a ruthlessly intolerant ideology to take root and spread. In addition, I suggest too much tolerance is precisely what created the demand for something less tolerant in the first place.

Tal will be back here next week to continue the conversation. If you can’t wait that long, he’ll be performing alongside Randy Bachman tonight over at Bachman and Bachman, starting at 9pm ET.

Tal will be among Mark’s special guests on this year’s Mark Steyn Cruise down the Mediterranean. Join him and Douglas Murray, Conrad Black, and Michele Bachmann, among others, for 10 nights of relaxation and review. Staterooms are available here. Mark Steyn Club members can weigh in on this column in the comment section below, one of many perks of club membership, which you can check out here.