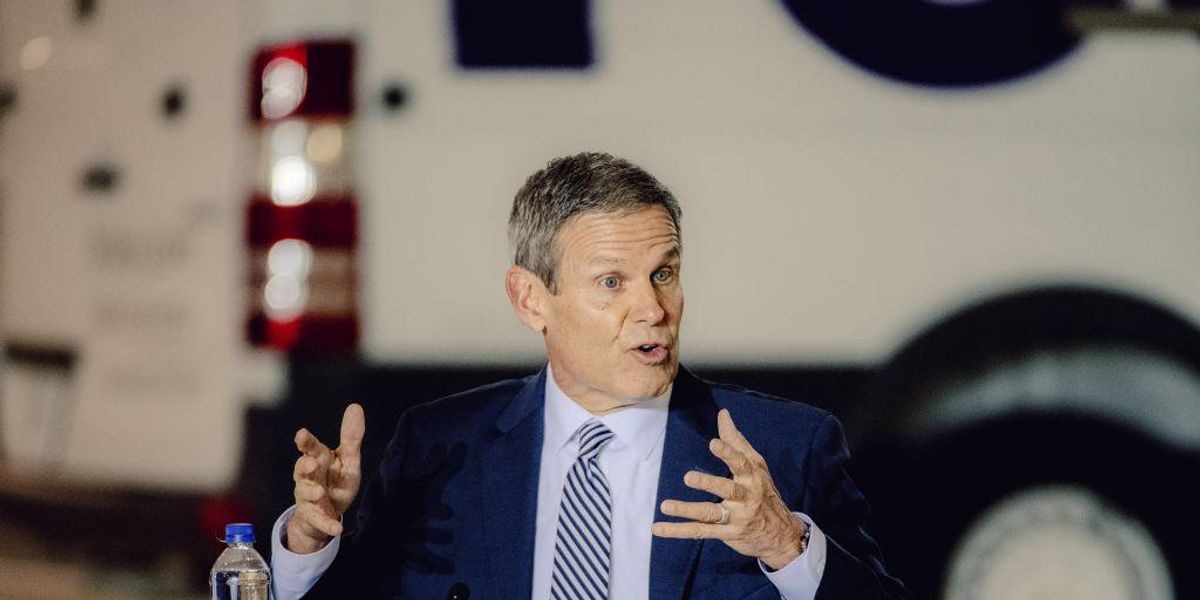 Tennessee Gov. Bill Lee (R) signed into law a bill requiring student athletes to prove their sex at birth in order to participate in middle and high school sports. The new law that was signed on Friday will prohibit transgender athletes who were born as male to compete against biological females and vice-versa.

“I signed the bill to preserve women’s athletics and ensure fair competition,” Lee wrote on Twitter. “This legislation responds to damaging federal policies that stand in opposition to the years of progress made under Title IX and I commend members of the General Assembly for their bipartisan work.”

I signed the bill to preserve women’s athletics and ensure fair competition. This legislation responds to damaging… https://t.co/CKc7hHOMSX

Last month, the Republican governor of Tennessee said, “I do believe that transgenders participating in women’s sports will destroy women’s sports. It will ruin the opportunity for girls to earn scholarships. It will put a glass ceiling back over women that hasn’t been there in some time. I think it’s bad for women and for women’s sports.”

“This discriminatory policy is illegal,” Sam Brinton of The Trevor Project, a national group providing transgender youths with crisis prevention services, told the Tennessean. “The Trevor Project is here 24/7 to support trans youth in Tennessee and across the country who feel hurt and invalidated by these purely political attacks.”

“I signed the law as a fan of women’s sports from basketball to soccer and including many others in which women compete successfully,” Arkansas Gov. Asa Hutchinson (R) said in a statement on Thursday. “This law simply says that female athletes should not have to compete in a sport against a student of the male sex when the sport is designed for women’s competition.”

“I will sign our bill to protect young girls from being forced to compete with biological males for athletic opportunities,” Mississippi Gov. Tate Reeves (R) wrote on Twitter. “It’s crazy we have to address it, but the Biden E.O. forced the issue. Adults? That’s on them. But the push for kids to adopt transgenderism is just wrong.”

Similar bills are advancing in at least 21 states this year, according to the Tennessean.

The laws are a response to President Joe Biden’s executive order he signed on his first day in the White House that reinstated Obama-era Title IX regulations ensuring that transgender students “receive equal treatment under the law, no matter their gender identity or sexual orientation.”

“The order mandates that all students, including transgender students, be able to learn without facing sex discrimination, and as part of that, transgender women should compete on female teams,” USA Today reported.