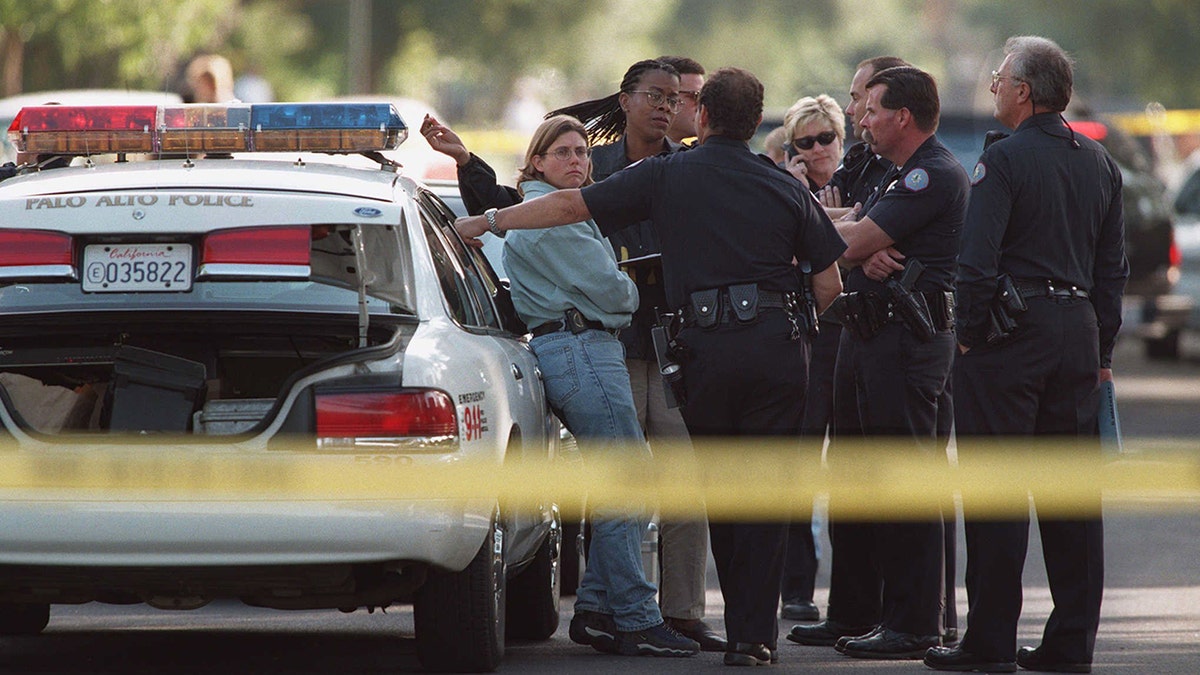 On the evening of Sept. 21, 1998, the 44-year-old, his wife Yelena Fedotova, 38, and their son Peter Pokhilko, 12, were found dead. The patriarch, a co-developer in the puzzle video game Tetris, appeared to have slashed his own throat. He was still clutching onto the hunting knife.

A note was discovered nearby that read, “I’ve been eaten alive. Vladimir. Just remember that I am exist. The davil.” Investigators ruled the tragedy as a murder-suicide. However, the case haunted Brown for decades, who insisted something more was at play.

The case of the Pokhilko family is being explored in a new three-part docuseries premiering Monday on Investigation Discovery titled “The Tetris Murders.” It features new interviews with the original homicide investigators who were on the scene, as well as loved ones, as they explore new theories that prove the brutal slayings are more complicated than once thought.

“I always felt that we didn’t get a clear answer to this crime from day one,” Brown, a former CSI tech investigator, told Fox News Digital. “I did not think that Vladimir Pokhilko killed his family… I remember walking into that room when I slid past the sliding doors, which were already opened. And I looked at Vladimir laying on the ground, and I looked at the blood splatter on the door. I looked at the knife in his hand and I said to myself, ‘There’s no way this man cut his own throat.’”

“The blood splatter wasn’t right,” she shared. “It was low. And for someone to cut their throat and get blood down there, they had to have been laying down near the door. His head was about six and a half feet away from the door and the knife was about 10 inches. There’s no way… I immediately thought that somebody held his head back to cut his throat. I knew it right then and there. I even told a colleague, ‘I don’t think he killed himself.’ That’s what I believed then and that’s what I believe now.”

Pokhilko, a psychologist-turned-entrepreneur, and his family immigrated to the U.S. in 1991 from the collapsing Soviet Union. He was described as a well-respected software engineer who was also the co-founder and president of AnimaTek. According to reports, the San Francisco-based company specialized in 3-D graphics software for computer animation used in games, architectural drawings and other products. His wife owned a popular yoga studio, and their son was in the seventh grade. The family was well-liked by the community.

A concerned friend repeatedly tried reaching the family by phone. After not hearing from them, he headed to the home, where he stumbled upon the mutilated corpses, still in their pajamas. He frantically called the police.

‘KILLER NURSE’ CHARLES CULLEN ‘HAD A DARKNESS TO HIM,’ RECALLS COLLEAGUE WHO HELPED PUT MURDERER BEHIND BARS

Brown said she was stunned that the case was closed so quickly. According to reports, a business associate insisted that Pokhilko was struggling with company woes partly brought on by the economic upheaval in Russia, where 70 of AnimaTek’s employees worked. The Santa Clara County coroner and a private forensic pathologist ruled Pokhilko’s death a suicide.

Initially, investigators looked into the possibility that an intruder could have committed the killings. However, they were later convinced that Pokhilko murdered his family and then took his life. They suspected the motive was possibly his business failings.

“There is no evidence to point us in any other direction,” said Lieutenant Alana Forrest at the time, as quoted by San Francisco Gate.

According to the San Francisco Chronicle, Pokhilko appeared to have hit Fedotova and their son with a hammer before repeatedly stabbing them with a hunting knife as they lay sleeping. He then killed himself.

“Half of the team that was in that house believed [Pokhilko] killed himself,” said Brown. “And he wrote in that note that he was being eaten alive. When I read that note, it felt like it was in the third person. It felt like somebody else was trying to write it to me. It felt like somebody was trying to write it without understanding the use of English words properly. When I read it, I was thinking, ‘No, somebody else wrote this to make it look like Vladimir had written it.’ But others from my team felt like he was under such distress that that’s why he wrote it that way… [But] it just didn’t seem like it would come from him.”

According to Brown, several people are still afraid to talk about the case 24 years later.

“These people that we interviewed back in 1998 did not want their names mentioned in the documentary,” she explained. “We even changed their voices so that no one could recognize them. And I have empathy for their feelings because they’re still afraid… They don’t want to be tied to this case at all. They fear for themselves and their families because they think that Vladimir Pokhilko and his [family] were murdered as a message to others in this business… They would only speak under anonymity.”

The quiet neighborhood was left shaken by the high-profiled tragedy. Many community members insisted that Pokhilko was a devoted family man and would not harm his wife or child. Several even speculated that Pokhilko may have been targeted by the Russian mafia.

FORMER PRO BOXER FAKES HIS OWN MURDER AFTER WIFE HIRES HITMAN, DOC REVEALS: ‘SHE WANTED ME OUT QUICKLY’

During the filming of the docuseries, a producer handed Brown documents from the case. Brown said she was stunned by what she read.

“When I saw the name on the subpoena, it was from the FBI, the Russian Racketeering Unit out in San Francisco,” Brown recalled. “When I saw that, I looked at her. I even asked her, ‘Are we rolling right now?’ Because that was the first time I had seen that, and that validated what I was feeling all those years ago, that something about Russia was involved in this case. Why was the FBI looking at our case from a racketeering unit? We didn’t know about that then.”

“I’ve worked with the FBI before – I have nothing negative to say about them,” she continued. “But I thought it was odd that they had this subpoena the next day. They had a full-fledge subpoena for his documents the day after we got the case… And the pathologist ruled that this was a homicide-suicide. After two autopsies, the case was closed. I didn’t feel like we had a double homicide-suicide. I felt like we had a triple homicide back then. But we go with the science… But it always bothered me… I just don’t think it happened the way the pathologist said.

“… Someone told a colleague of mine that the old Soviet Union flag had a hammer and a sickle. When you look at the tools that were used in this crime, a claw hammer and a knife, some of the community members just felt this was a clue or a message. This whole Russian mob idea started coming from the community members who knew the family, who said that they didn’t think [Pokhilko] would do this.”

‘ABDUCTED IN PLAIN SIGHT’ SURVIVOR JAN BROBERG RECALLS BEING KIDNAPPED TWICE: ‘A MONSTER BEHIND A SMILE’

Brown, who has been retired for 10 years, said the case has never left her mind. Despite her theories, Brown suspects that she will never get closure.

“I think all the parties who may have been involved are deceased,” she said. “The case was closed and the evidence was destroyed. So we can’t go back and look at that. I tried… Possibly, the people who may have committed this crime [if they’re still alive] are no longer in this country. We have no DNA, no fingerprints, or anything… I don’t think we can solve it.”

There is a reason Brown said she has not been able to walk away from the case despite it being closed.

“I saw this baby’s face and I remember feeling when I walked into the house that he was there and he was confused,” said Brown about Pokhilko’s son. “… When we work these cases and we see these families destroyed, we take a little bit of that with us. It stays with you for the rest of your life. We just don’t forget about it… This case was tough because a child was murdered in such a heinous way. This appeared to be a good family. And for 24 years, people thought this man murdered this family.”

Today, Brown hopes the docuseries will show audiences how her team was determined to seek answers. She is still adamant that Pokhilko was murdered.

“Even though this case was closed… we still have our personal feelings about it,” she said. “Hopefully, people will see that we didn’t give up. Not that we can finish it and solve [this case]. But at least the question is there. That’s what’s important.”

Read the rest at FOX News