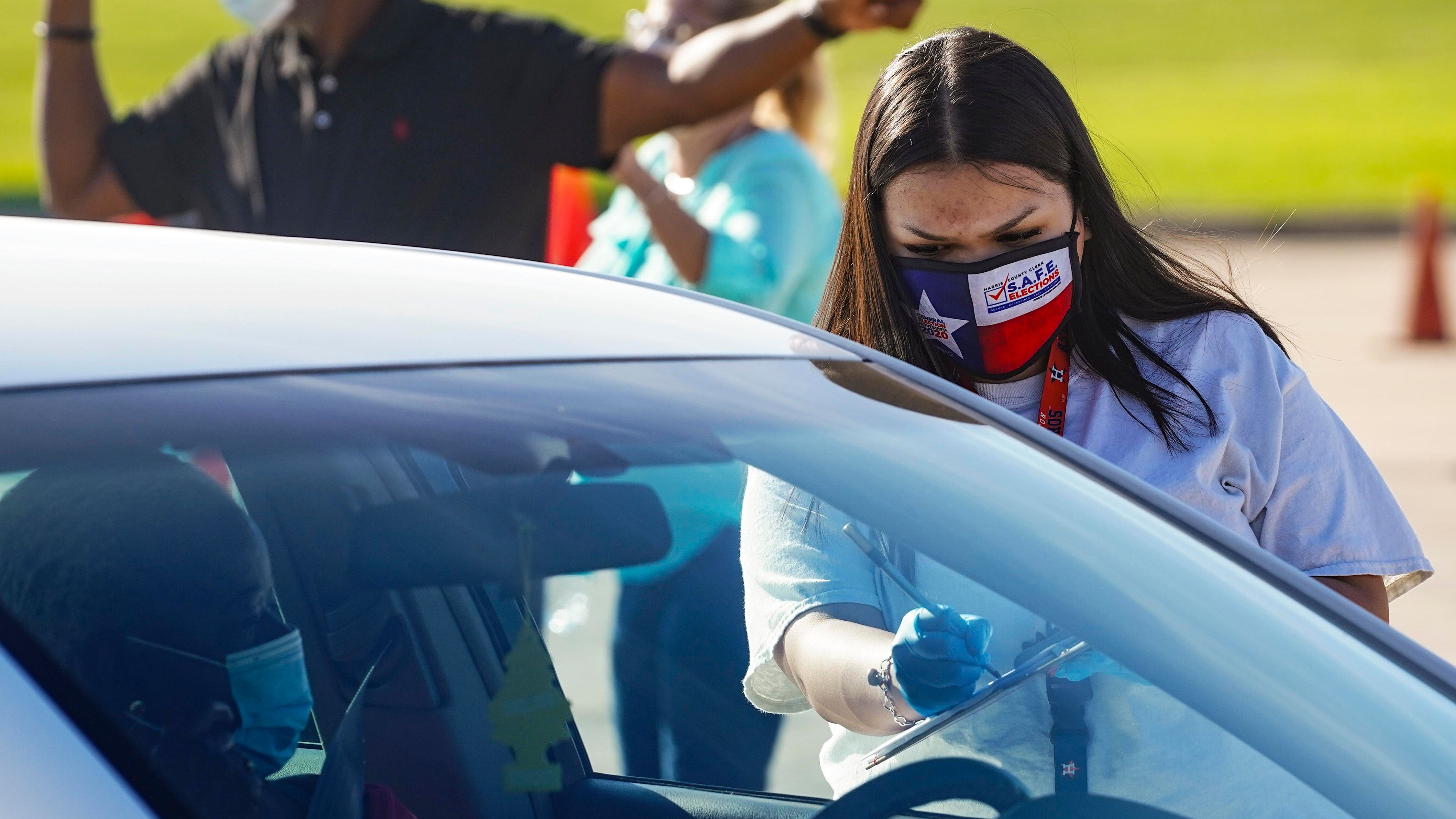 A lawsuit filed by a Republican legislator in Texas and three other members of the GOP is asking the court to invalidate more than 117,000 drive-thru votes that have been cast in Harris County, a challenge the Supreme Court of Texas has asked the county to file a response to, indicating that at least one justice on the court seems to be seriously considering the challenge. 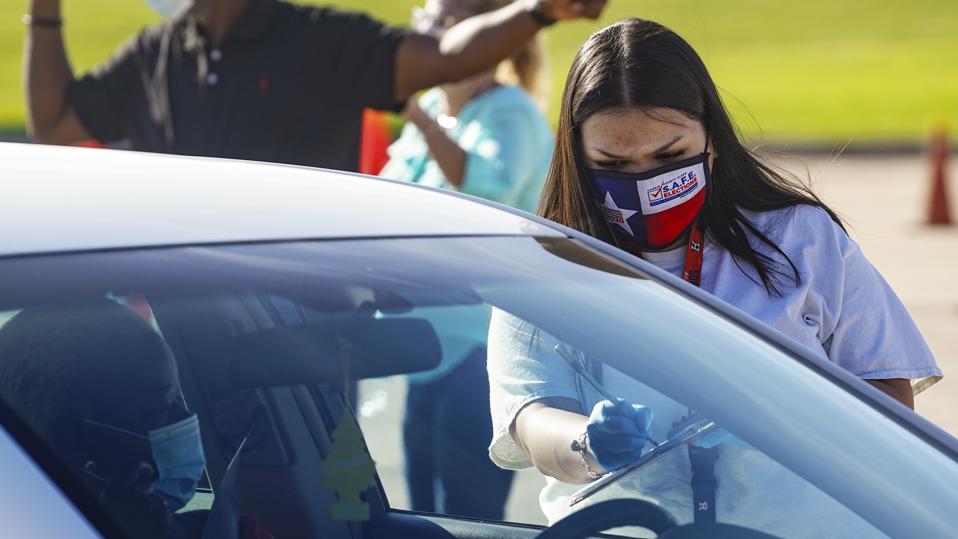 An election worker accepts a mail-in ballot from a voter at drive-thru mail ballot drop off site at … [+] NRG Stadium on Oct. 7, 2020 in Houston. (Photo by Go Nakamura/Getty Images)

The plaintiffs argue that Harris County’s expansion of drive-thru voting sites amounts to an illegal expansion of curbside voting.

Harris County has until 4 p.m. Central time Friday to file a response.

The court rejected two similar GOP efforts last week aimed at shutting down drive-thru voting, but this new effort asks that memory cards be pulled from voting machines and have all ballots voided.

Only one justice needs to officially put in a request for a response, but it’s not clear how many of the nine justices (all Republican) have asked for the response.

“They are a disgrace to our state and our country. They are so afraid of losing this election because Texans are rising up,” Texas Democratic Party spokesman Abhi Rahman told the Austin American-Statesman, calling the plaintiffs “cowards.”

Harris County, which includes the city of Houston, is the most populated county in Texas, and the third most populous in the United States. It is also the only county in Texas to offer drive-thru voting, an expanded accommodation for voters in response to the Covid-19 pandemic. Republicans have argued the voting sites are both illegal and set up to help Democrats, with the lawsuit claiming that nine of the 10 drive-thru sites are in areas favorable to Democrats. The county is also the largest source of Democratic votes in the state, as Democratic presidential nominees have carried Harris County in each of the past three presidential elections.

Polls show this presidential election will be the most competitive presidential race Texas has had in decades. The state has historically been a Republican stronghold, and if Democrat Joe Biden can pull off an upset and defeat President Donald Trump, he would become the first Democrat to carry Texas since Jimmy Carter in 1976.

1,344,915. That’s how many ballots have already been cast in Harris County, according to the county clerk. That’s a higher ballot total than in the entire 2016 election, an increase that has been noted around Texas as turnout has spiked. The state as a whole has also surpassed its entire 2016 turnout, making Texas the only state in the U.S. to top its 2016 mark so far.