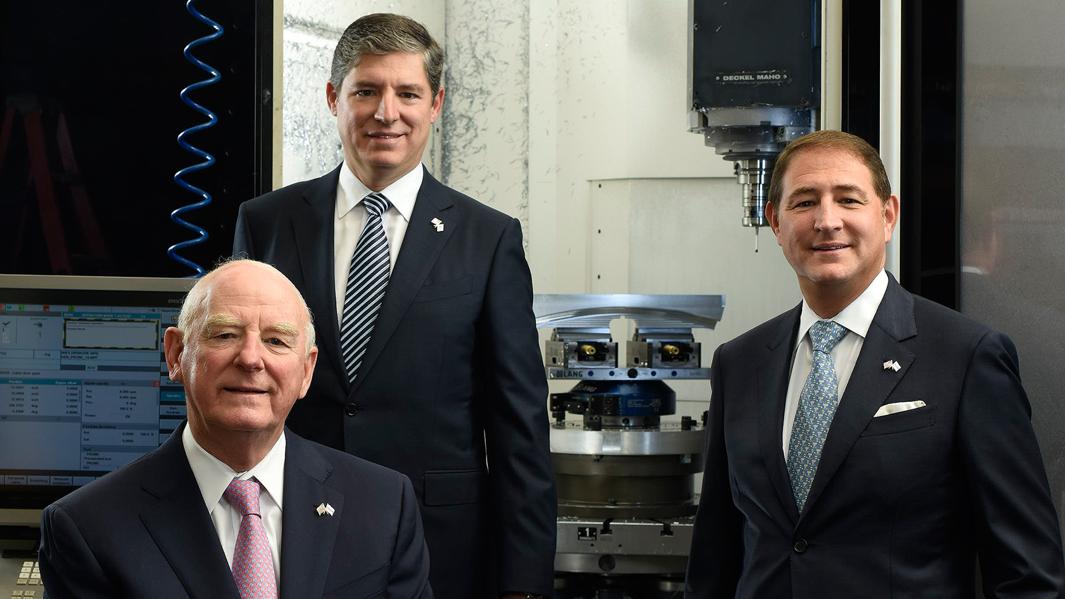 Everybody told us it was impossible,” says Victor Mendelson.“Couldn’t be done,” adds his brother, Eric. “That we were going to fail,” Victor says.

It’s lunchtime on a Thursday in Miami, and the brothers are seated at their offices with their father, Laurans, for lunch—salads on picnic plates and a shared bag of pita chips. Eric and Victor are finishing each other’s thoughts, as they often do, especially when it’s a tale they enjoy telling, and they very much like to recount this one, the origin story of Heico Corp., their publicly traded manufacturer of replacement aircraft parts. Because rather than fail, Eric, 54, Victor, 52, and their dad, 81, who goes by “Larry,” have succeeded in unquestionably spectacular fashion.

Since 1990, when the Mendelsons took over the Hollywood, Florida-based business, Heico has generated a total return of some 47,500%. (No, that’s not a typo. All those digits are correct.) During the past decade, its shares have increased by 1,270%, soaring past the S&P 500 (250%) and even, say, Berkshire Hathaway (240%). That’s been enough for the Mendelsons, who control 17% of the company, to amass a fortune that Forbes estimates at $1.2 billion. Revenue reached $2.1 billion on profit of $328 million in fiscal 2019, both record highs.

All those numbers are pretty solid evidence that their detractors at the beginning were wrong: The Mendelsons have been able to earn a foothold in an industry dominated by the so-called original equipment manufacturers, the GEs and Boeings of the world, who are the first to develop the parts and keep prices high on any replacements to help recoup the original R&D costs. They have done so by acquiring 78 companies over the years and by pricing their parts cheaply. Last year, with Larry as CEO and chairman and the brothers as co-presidents, Heico produced nearly 100,000 parts, sold to nearly every major airline in the world as well as defense customers like the U.S. government. This includes everything from wheels and brakes to lights and power cords to the little latch that secures a flight attendant’s cabinet.

“They’re clearly an outlier,” says Ken Herbert, a managing director at Canaccord Genuity. “I mean, it’s hard to envision family businesses that have been this successful for this long. They’ve remained very disciplined, stuck to their knitting and do what they do well.”

The origins of this story date back to 116th Street in Manhattan at Columbia University, their father’s alma mater. There, the brothers studied business and economics and grew particularly interested in one of the most prevalent trends of the time: the buyout game. The more they learned, the more convinced they became that they could pull off an LBO, too. Victor was the one to find Heico—started in 1957 and taken public in 1960—after chatting up a friendly stock broker familiar with the company.

They figured their dad, a former Arthur Andersen accountant and real estate investor in Florida, would supply the capital. After studying Heico’s financials and annual reports in a Columbia library, Victor decided it looked like a perfect target: a manufacturing business with solid numbers but unenthused executives. “The board owned nothing—owned no shares,” recalls Larry. “They weren’t motivated.” Victor pitched the idea to his brother and father, and after buying $3 million in Heico stock—half cash, half debt—by January 1990 they controlled the firm. Out went the old management, in came the Mendelsons.

At the time, Heico sold a single item, an engine combustion chamber, having acquired the rights and data for making it a few years earlier from the original manufacturer, Pratt & Whitney. It brought in $26 million in sales, peddled to customers like Pan-Am and Eastern Airlines. It wasn’t long before they were casting about for similar opportunities in the after-parts market, which they found to be particularly alluring. Everything needed Federal Aviation Administration approval, which ensured that not every Tom, Dick and Larry could easily enter the industry. Plus, replacement parts weren’t generally patent-protected, so all the Mendelsons had to do was reverse engineer them, then prove to the FAA that they were up to snuff. 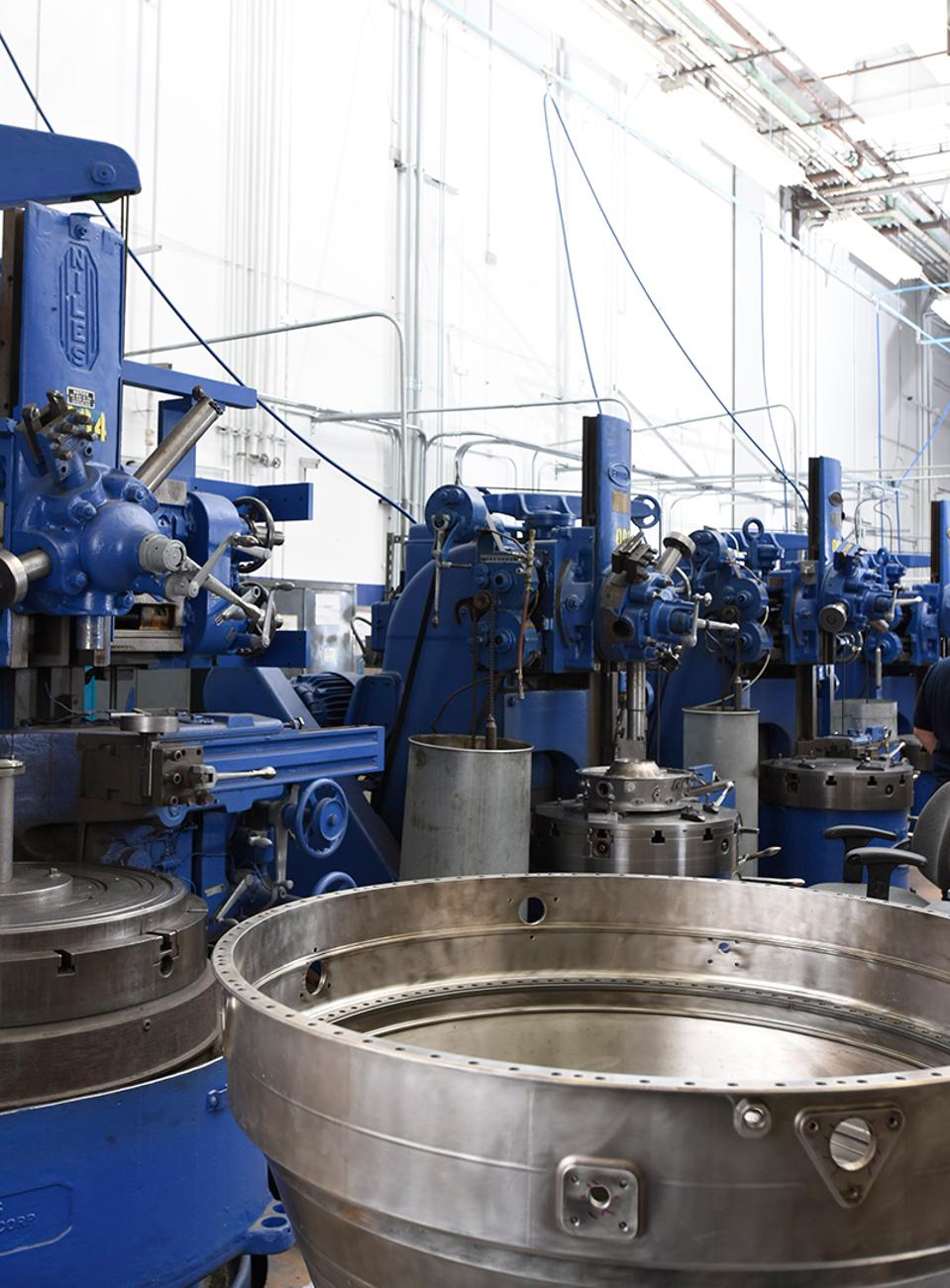 Machinery that works on a component of airplane engines whirls at one of Heico’s south Florida factories.

To do so, Eric practically came to live in the hallways of the FAA’s Washington, D.C., headquarters. “They were really very, very thorough,” he says. But Eric wore them out with his own thoroughness. “We do full a metallurgical inspection on every single lot of parts we produce,” he says. “That includes material hardness, grain size”—Eric can go on like this at length, and often does—“grain-flow structure, coatings. . . . The reason we do it is because we can’t afford to have a failure.” In 1991, the FAA gave Heico the green light for its second part, a tube used in jet engines. That was key to winning over customers, as was Lufthansa’s investment in Heico—a tacit stamp of approval—six years later.

As their business gained altitude, Larry insisted they live by a blunt rule: “We don’t try to screw the customer.” Heico keeps its prices locked between a third to a half off what an original manufacturer would charge. Heico’s net margin hovers around 15%. It could be more than that if the Mendelsons pushed harder (and some defense products are more profitable). “They’ve historically been reluctant to print a margin over 20%,” says Hebert, the Canaccord Genuity analyst. “They never want to be perceived as gouging or excessively profiting from their airlines.”

The Mendelsons are shrewd buyers themselves, having in 2019 completed seven more acquisitions. They shop for owners or top executives who resemble them. “The companies we buy are very entrepreneurial—entrepreneurs that started years ago, started businesses in their garages,” says Larry. “They started with nothing,” which, he says, means “they watch every nickel.” Generally, the acquired businesses have around $10 million in earnings and margins north of 20%. The Mendelsons don’t usually buy an entire firm. More often than not, they leave a fifth of it in the hands of the owners or the chief executives running the place to keep them incentivized.

Vaughn Barnes, the cofounder of Corona, California-based Thermal Structures, is one such owner. He and his partners sold their business, a manufacturer of things like the insulation foil that cools a plane’s combustion engine, to Heico in 1999 for approximately $35 million. Sales then were around $17 million, and they’ve increased more than sixfold since. “As long as you do what you say you’re going to do, they”—the Mendelsons—“leave you alone,” Barnes says. “And they ask, ‘Do you need anything?’” 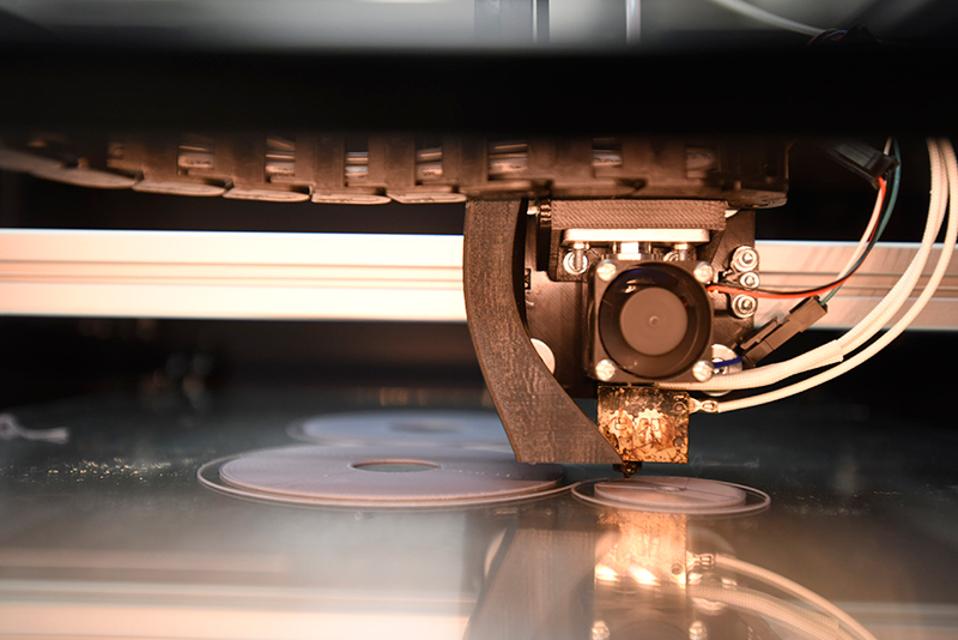 A close-up of a device in Heico’s Hollywood, Florida, facility that conducts metallurgical analysis on aircraft parts.

Since the start, Larry, Eric and Victor—similar reflections of each other with their smiles, well-knotted neckties and cuff links—have operated in a particular way. “All major decisions have to be unanimous,” Larry says. “We will get together, and one [of us] might not agree, but when we’re all done, it’s all worked fine.” While Larry stays at home base in Miami, the brothers are on the road two days a week, reviewing operations at the company’s scattered facilities across the world. “Eric and Victor do the heavy lift,” admits Larry. “They operate the divisions,” with Eric mostly managing the business with the commercial airlines, while Victor handles the parts for defense aircraft. “I don’t micromanage them. I mean, if there is a particular issue, we sit down, and we talk about it.”

The Mendelsons purposefully live within 20 minutes of each other and the office, Eric in Miami Beach and Victor and Larry in Coconut Grove. Larry’s home is filled to the ceiling with his art, and he is an indefatigable collector (“I like Miró. I like Renoir. I like Roy Lichtenstein, Andy Warhol.”), carefully cataloging each purchase in a manila folder. He dines often at the nearby Capitol Grill. (“The parking is easy.”)

Heico has made a lot of other people wealthy, too. The company’s biggest shareholder, the Mendelsons’ friend Herbie Wertheim, is a billionaire partially from his 10% stake. But it’s not just Wertheim. The Mendelsons have long encouraged their employees to take advantage of a lucrative retirement plan. They match up to 5% of what workers sock away in their 401(k)s—not in cash but in Heico stock. So, put in $5,000, get $5,000 worth of Heico shares, which, of course, have done nothing in the past 29 years but wildly appreciate. In other words, the stock has turned a lot of ordinary Heiconians, especially early staffers, into millionaires.