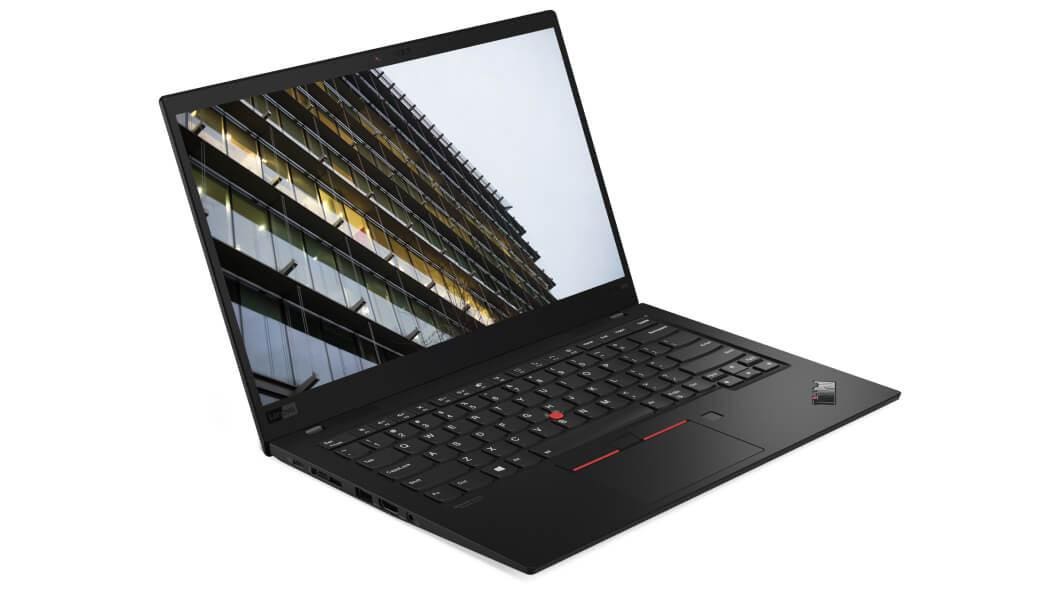 We are updating this story with the best new laptop deals daily. Tip: Bookmark this page for easy access to the latest discounts.

If you’ve been holding off replacing your laptop, you made a smart decision — the best Black Friday laptop deals will offer deep discounts on top models and save you a considerable amount of money. In fact, there’s probably no better time of year to be shopping for a portable PC. 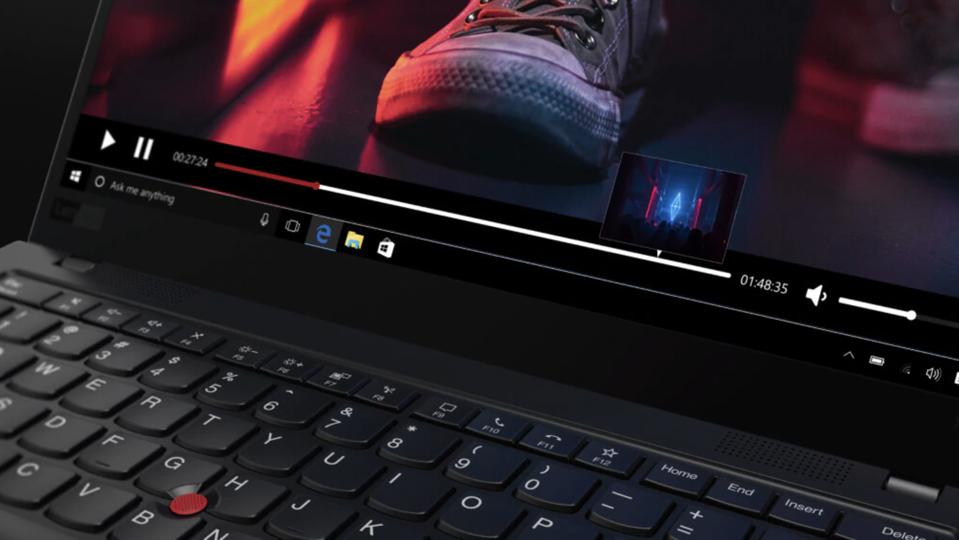 It’s true that Black Friday itself is still weeks away, but in recent years, both laptop vendors like Dell and Lenovo as well as retailers like Amazon and Best Buy have extended Black Friday into a series of mini-sales that tend to span the month of November. Many of these deals may come and go pretty quickly, so if you’re primed to buy a laptop, you should bookmark this page and check back frequently through November. We’ll keep it updated with the best and latest deals as they happen.

Psst: Want more Black Friday? You can jump to our guides for Walmart deals, Target deals, Amazon deals, TV deals, and everything we know about the best Black Friday deals so far.

Lenovo’s Chromebook S330 is among the least expensive laptops you can find — add a Black Friday discount, and its under-$200 price point might be even more appealing. The Chromebook can accommodate up to 8 hours of battery life and has a MediaTek MT8173c Quad-core processor as well as 32GB EMMc SSD Storage.

This Lenovo IdeaPad Laptop is even budget friendlier than usual, and clocks in as one of the least expensive laptops you can buy without going to a Chromebook. It’s equipped with a modest AMD A6-9220e processor, 4GB RAM and 64GB of storage on the integrated flash memory chip. The 14-inch display offers a 1366 x 768-pixel resolution. It comes ready for business with a 12-month subscription to Microsoft 365.

Ordinarily $450, this laptop is deeply discounted considering its fairly low price. It’s powered by an Intel Core i3 processor and has 8GB RAM along with 256GB of storage space on the SSD drive. The display is more than large enough to do duty on your desktop—15.6 inches at 1920×1080 pixels.

Acer’s Aspire 3 laptop is great for everyday use with a 10th Gen i3 Core and FHD screen. Additionally, it is powered by a 1.1 GHz Intel Core i3-1005G1 dual-core processor and has 8GB of DDR4 RAM and, if you need more storage, you can add external storage solutions using the USB ports.

The new Dell Inspiron 15 3000 laptop is currently on sale for $100 off. The laptop features responsive performance, PCIe SSDs, and an AMD Ryzen™ 7 3700U Mobile Processor.

With a thin and light design, this HP laptop is easy to transport and has a 10th Gen Intel® Core™ i3 processor that provides reliable performance. The laptop is quick to charge and has a long-lasting battery life. While the current discount isn’t much to write home about, if this is the machine you want, it’s not a bad deal.

This Microsoft Surface Pro is a hybrid device—it’s a large touchscreen tablet that, with the included keyboard cover, does double duty as a laptop thanks to an integrated kickstand. It’s powered with an Intel Core i5 processor, 8GB RAM, and a 128GB SSD drive for storage, plus features a more-than-all-day, 10-hour battery life. This pricing is similar to Microsoft Surface Pro 7 deals we saw during Black Friday 2019.

HP’s 15-da0041dx touch-screen laptop is priced right. Still clocking in well under $1000, it has a powerful Intel Core i7 CPU with a generously large 512GB SSD. That’s enough horsepower to handle any productivity apps along with creativity apps and games on the large 15.6-inch display. (Just keep in mind the resolution is just 1366 x 768 pixels.)

We’re sure to see a decent number of MacBook sales as we get closer to Black Friday, but for now you can save $50 on the 13-inch MacBook Air. This laptop has Apple’s entry level Intel Core i3 CPU, 8GB RAM and a 256GB SSD on board. You also get Apple’s backlit Magic Keyboard and Touch ID biometric security.

One of Lenovo’s flagship laptops, the ThinkPad X1 Carbon Gen 8 has the most impressive discount we’ve seen so far this Black Friday season. Despite the discount, it has an Intel Core i5 processor with 8GB RAM and a 256GB SSD, along with a 14-inch display running full HD (1920×1080 pixels). It has a fingerprint reader and 19 hours of battery life.

You can get a healthy discount on the Gigabyte Aero 15 right now. The price is north of $1000, but the 15.6-inch screen is remarkable because it relies on an OLED display, something that’ still relatively rare among laptops. The display is also 4K UHD: 3840×2160 pixels. The rest of the system matches those screen specs: an Intel Core i7 with 16GB RAM and an NVIDIA GeForce GTX1660Ti GPU. It would be a shame to only use this laptop for spreadsheets. 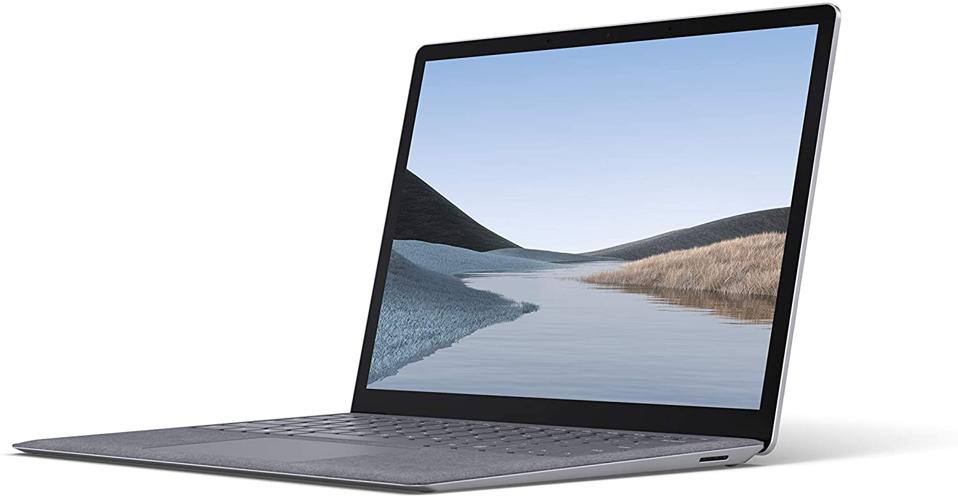 As Black Friday gets closer, we’re expecting to see much steeper discounts on Apple laptops. But if you can’t wait, you can save $100 on the new 13-inch Apple MacBook Pro on Amazon. With a tenth-generation quad-core Intel Core i5 processor, ultrafast SSD, True Tone technology for bold colors in the retina display, and signature Apple touch bar and touch ID, if you’re looking to buy a MacBook Pro right now, this is a great option.

Alienware laptops are rarely cheap. Priced as much for their name and reputation as the high performance they deliver, it’s always nice to run into a model like this Area 51M R2, which is $586 off. It has an Intel Core i7 CPU with 16GB RAM and an NVIDIA GeForce GTX1660Ti graphics card. For storage, you get an especially generous 512GB SSD and the screen is desktop-replacement worthy at 17.3 inches. You can upgrade to 4K for another $225, but this model is just HD (1920×1080 pixels).