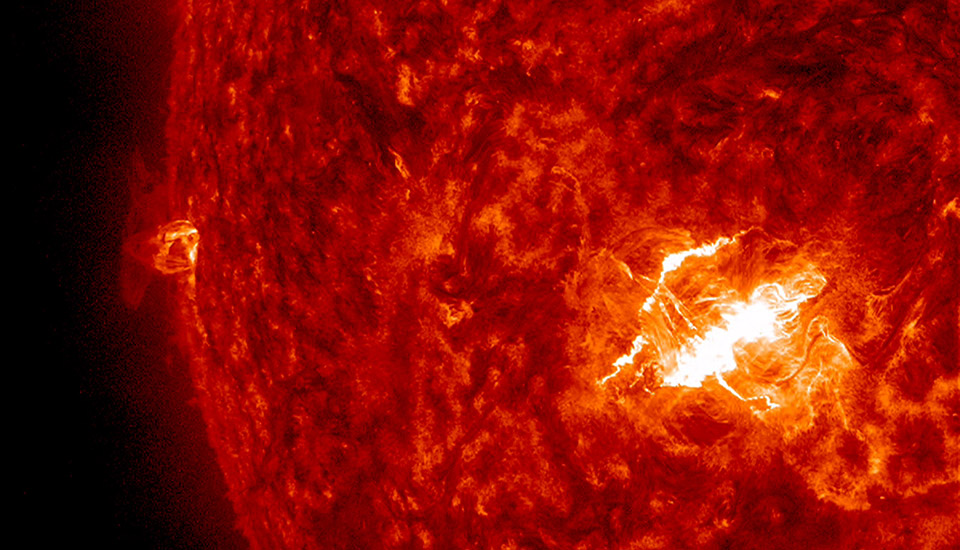 Here’s the first X-class solar flare of 2015, which erupted on March 11th. Here’s the good part: it was so powerful it caused radio blackouts in many parts of the globe. According to NASA, it was an X2 flare: an explosion on the sun’s surface that’s twice as intense as the already huge and uncommon X1 class. It’s bigger than the X1.8 flare from December 2014, but definitely a lot smaller than the record-holding X-28+ eruption that happened in 2003. The event scrambled the ionosphere for around 15 minutes, keeping a lot of radio stations off the air for the whole duration.

Speaking of the sun, a big coronal mass ejection (burst of solar gas and magnetic field) also reached our planet on Sunday after two solar explosions on March 15th combined into one. It’s responsible for the strong geomagnetic storm that’s currently causing some beautiful northern lights shows in several locations, including parts of North America and the UK. These solar activities, by the way, give rise to magnetic reconnection, which NASA seeks to understand with the help of its Magnetospheric Multiscale observatories that launched into space last week.