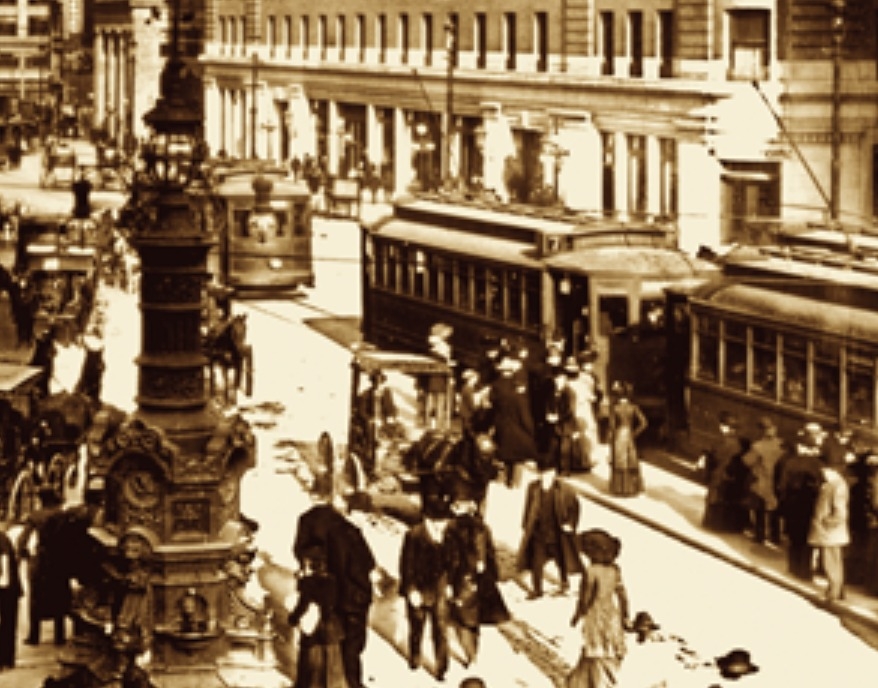 With my Monday Tucker hit put to bed, welcome to Part Twenty-Three of our latest Tale for Our Time: it’s Jack London’s sweeping novel of a splendid American character battling the primal forces of the Arctic …and then the slyer and suppler predators of California in the Gilded Age.

In tonight’s episode of Burning Daylight, life amid the fleshpots of San Francisco is taking its toll:

Daylight’s coming to civilization had not improved him. True, he wore better clothes, had learned slightly better manners, and spoke better English. As a gambler and a man-trampler he had developed remarkable efficiency. Also, he had become used to a higher standard of living, and he had whetted his wits to razor sharpness in the fierce, complicated struggle of fighting males. But he had hardened, and at the expense of his old-time, whole-souled geniality. Of the essential refinements of civilization he knew nothing. He did not know they existed. He had become cynical, bitter, and brutal…

Physically, he was not the man of iron muscles who had come down out of the Arctic. He did not exercise sufficiently, ate more than was good for him, and drank altogether too much. His muscles were getting flabby, and his tailor called attention to his increasing waistband. In fact, Daylight was developing a definite paunch. This physical deterioration was manifest likewise in his face. The lean Indian visage was suffering a city change. The slight hollows in the cheeks under the high cheek-bones had filled out. The beginning of puff-sacks under the eyes was faintly visible. The girth of the neck had increased, and the first crease and fold of a double chin were becoming plainly discernible. The old effect of asceticism, bred of terrific hardships and toil, had vanished; the features had become broader and heavier, betraying all the stigmata of the life he lived, advertising the man’s self-indulgence, harshness, and brutality.

The man inside has hardened; the exterior has softened.

Members of The Mark Steyn Club can hear me read Part Twenty-Three of our adventure simply by clicking here and logging-in. Earlier episodes can be found here.

If you have friends who might appreciate Tales for Our Time, we have a special Steyn Club Gift Membership that lets them in on that and all the other fun in The Mark Steyn Club. To become a member, please click here – and please join me tomorrow for Part Twenty-Four of Burning Daylight.

A Few Bad Apples in Uniform