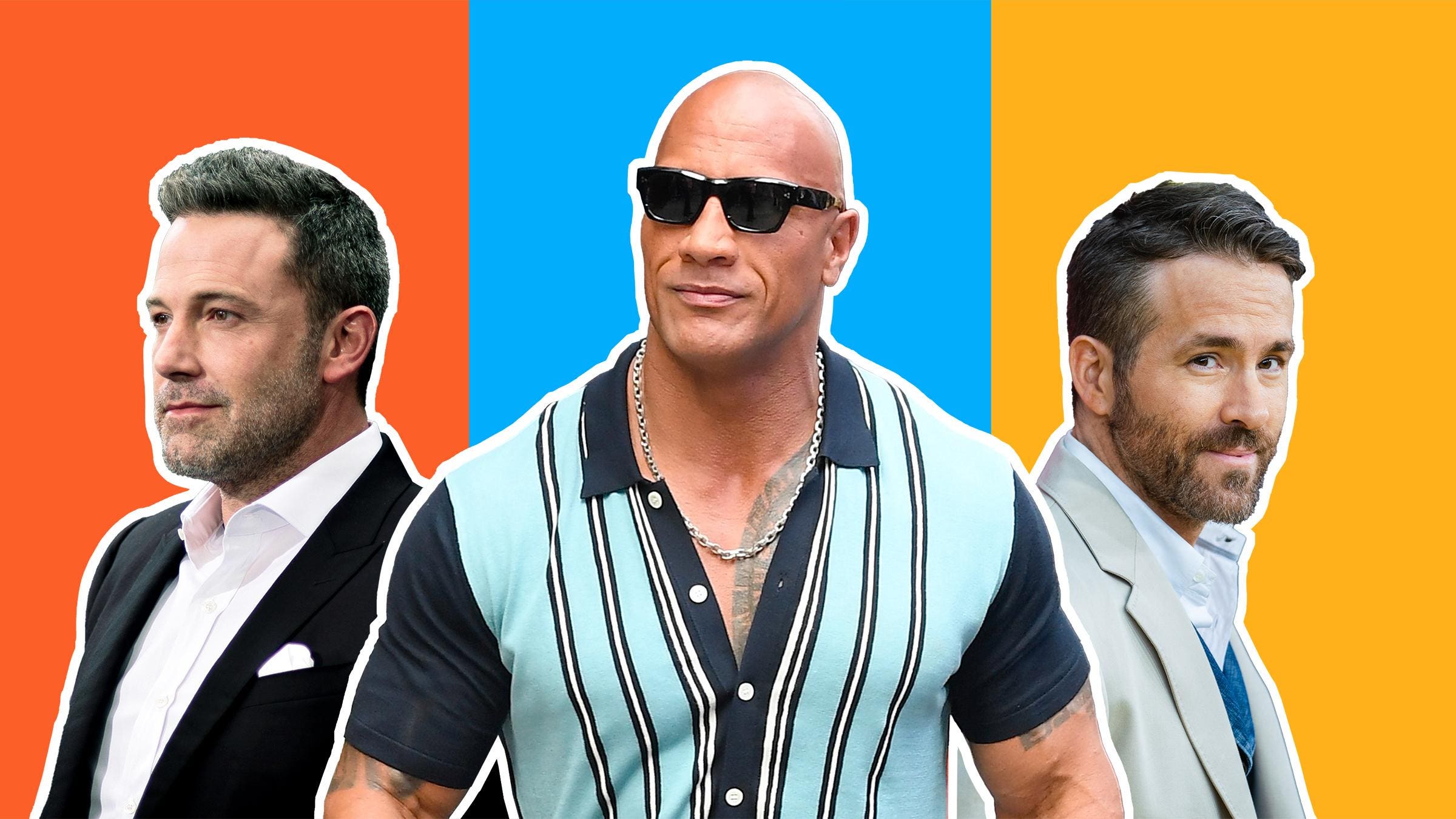 Adam Sandler isn’t the star who movie studio executives call when looking for an actor who can deliver box office results. The former Saturday Night Live funny man peaked in 1998 when he sold $240 million worth of tickets at the domestic box office. Since then he’s been trending downward: Last year Sandler’s only movie to hit theaters was Uncut Gems, a critical darling that brought in only $51 million; Sandler earned just about $5 million. No matter: he still landed at No. 9 on the annual Forbes ranking of highest-paid actors. The secret? Netflix. The streaming giant paid Sandler $31 million— 75% of what he made all year—as part of his four-film, $250 million deal signed in 2014. Netflix users have streamed more than 2 billion hours of the funny man, which led to a fresh deal signed in January reportedly worth even more than the first.

While nobody got more from Netflix than Sandler in percentage terms, plenty of others benefited. This year’s 10 top-earning actors collected a combined $545.5 million, more than a quarter of that paid out by Netflix. The streaming giant, in fact, cut $140.5 million worth of checks to six of the top 10. Dwayne Johnson tops the list for the second year in a row with $87.5 million, collecting $23.5 million for his role as an art thief chasing Interpol agent in the upcoming Netflix original film Red Notice. Netflix paid out an additional $85 million to Ryan Reynolds, Mark Wahlberg, Ben Affleck and Vin Diesel.

The economics of star power are the same for Netflix as they have been for the traditional movie studios: If you draw a crowd, you get top dollar. For Netflix, though, the secret isn’t in the blockbuster box office results but in how many monthly subscriptions it will sign up and retain as a result. That’s a figure that is calculated using Netflix’s treasure trove of proprietary data, including the number of times a film is streamed and the number of repeat viewings, as well as a dash of an actor’s social following.

The influence of streaming companies is accelerating. Netflix, which  spent more than any individual studio on Hollywood’s leading men, is expected to invest more than $17 billion on content this year. Apple TV+ is reportedly planning to drop more than $30 million to snag Reynolds (No. 2, $71.5 million) for A Christmas Carol, and Amazon is paying Bollywood’s Akshay Kumar (No. 6. $48.5 million) $10 million for his role in an upcoming television series.

“It’s no longer wholly art or wholly science,” says Mike Bloxham, an analyst at entertainment at research firm Magid, referring to the strategies that studios and streamers use to determine paychecks. “It’s very much alchemy, and it’s becoming more alchemical as we move forward and more data becomes available.” 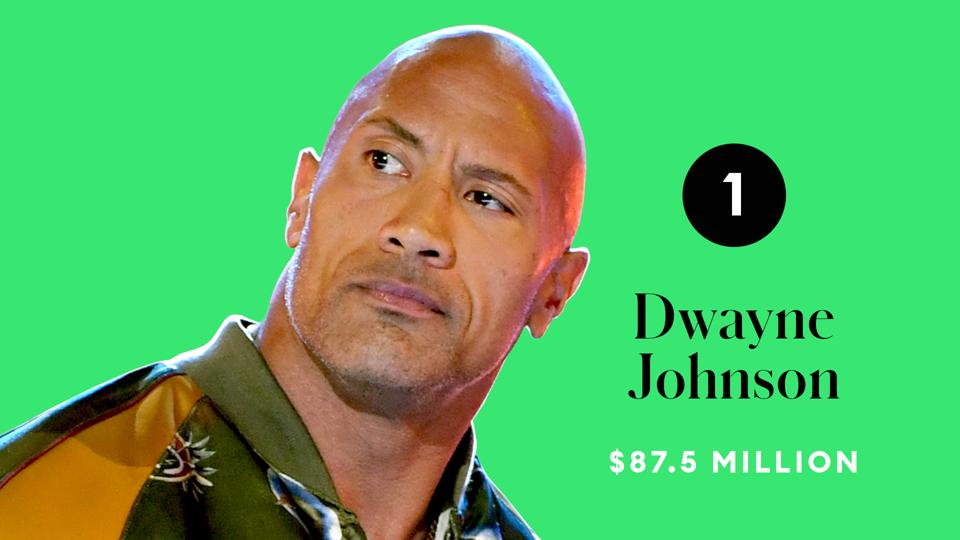 The Rock tops the list for the second year in a row thanks to a $23.5 million check from Netflix for upcoming film Red Notice and his successful Under Armour line Project Rock.

Netflix’s current golden boy, Reynolds made more than $20 million a piece on Six Underground and Red Notice. In July, the streamer announced it was shelling out for a third Reynolds film, which will undoubtedly mean another eight-figure payday. 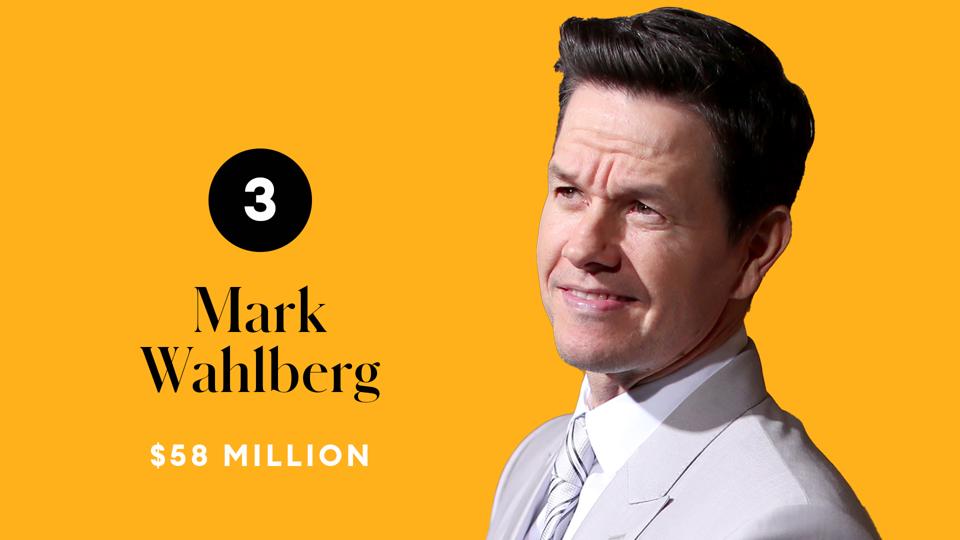 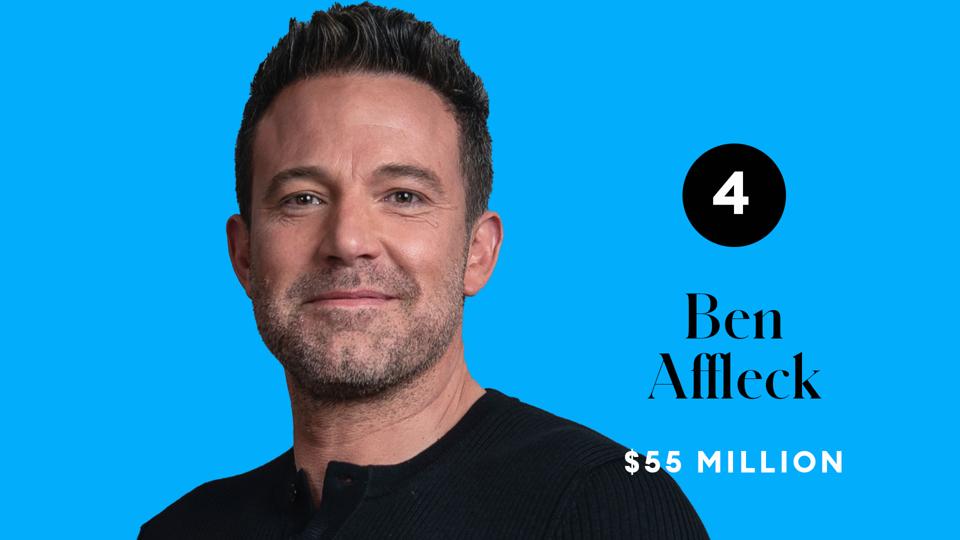 After a brief hiatus, Affleck returned to the big screen this year, starring in The Way Back and Netflix’s The Last Thing He Wanted. 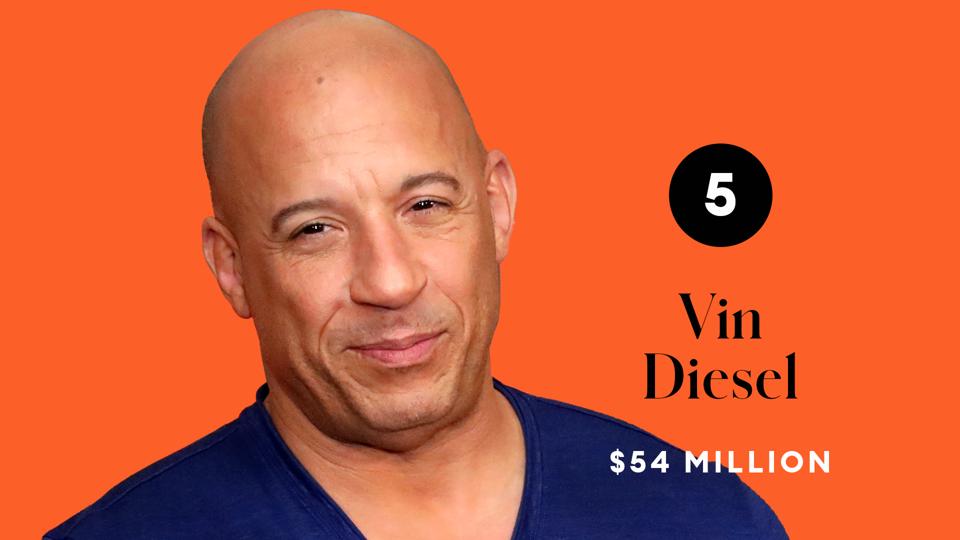 The F9 star missed out on the chance to collect a massive backend payday this year after the film’s release was pushed to April 2021. He kept the franchise embers burning by acting as producer on the animated Netflix series Fast & Furious Spy Races. 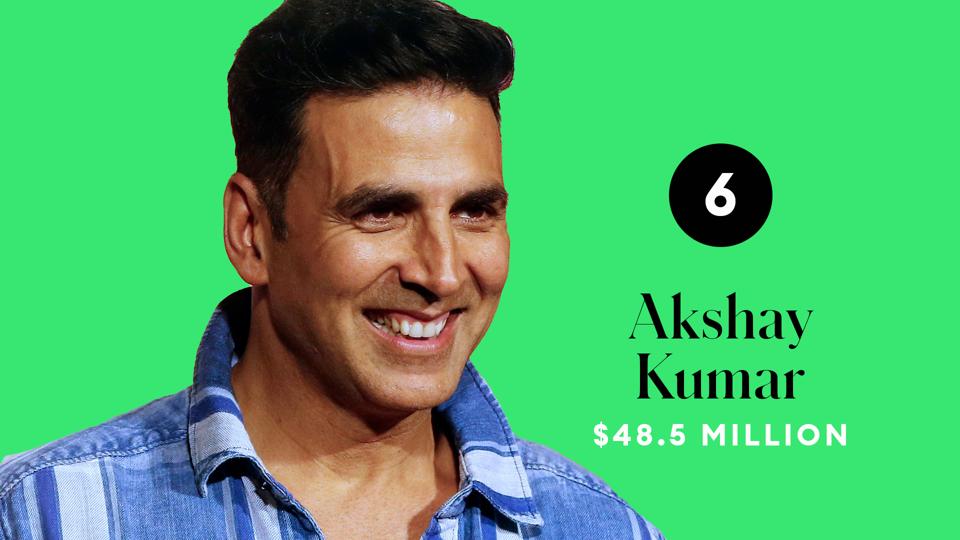 The only Bollywood star on the list, Kumar is working on his first television series The End for Amazon Prime. Most of his money, though, comes from endorsement deals; he shills for everything from multivitamins to toilet cleaners. 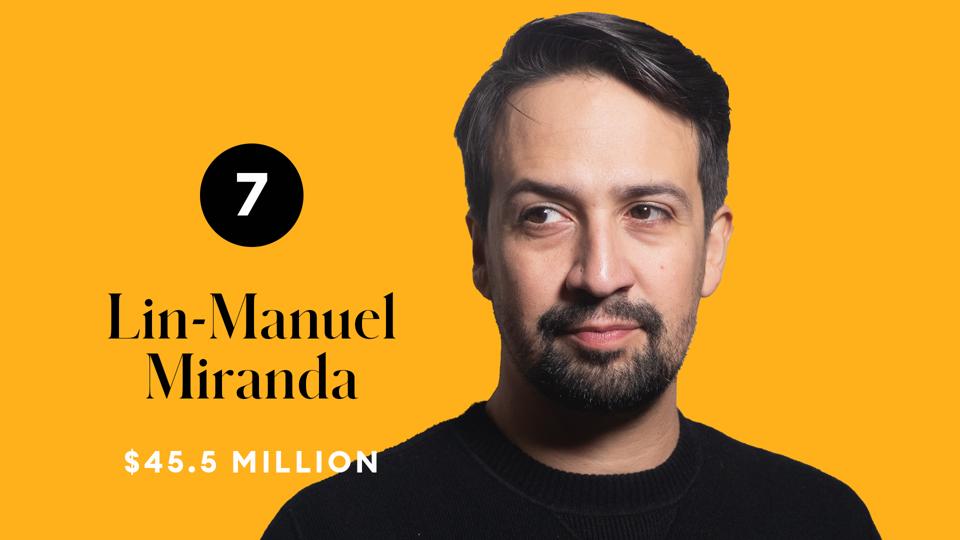 Disney acquired worldwide movie rights to the original Broadway production of Hamilton for $75 million this year, putting Miranda on the list for the first time. Even with Broadway closed for the remainder of 2020, he can expect another big payday next year when the film version of In The Heights comes out. 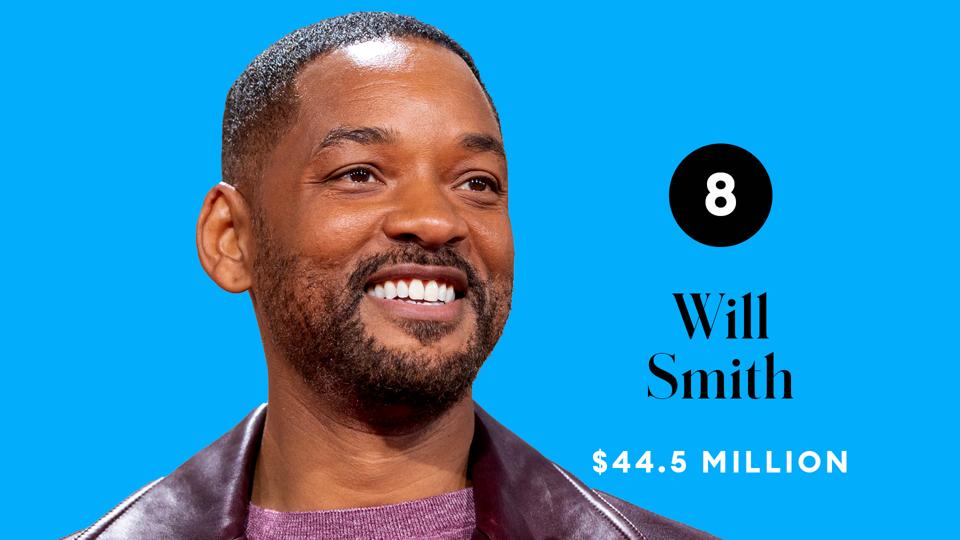 The Fresh Prince can still earn big checks for lead parts, such as his upcoming role in King Richard, in which he portrays Richard Williams, father of tennis greats Serena and Venessa. He fills the earnings gaps with mobile phone hits, including a Snapchat series and his popular Instagram account. 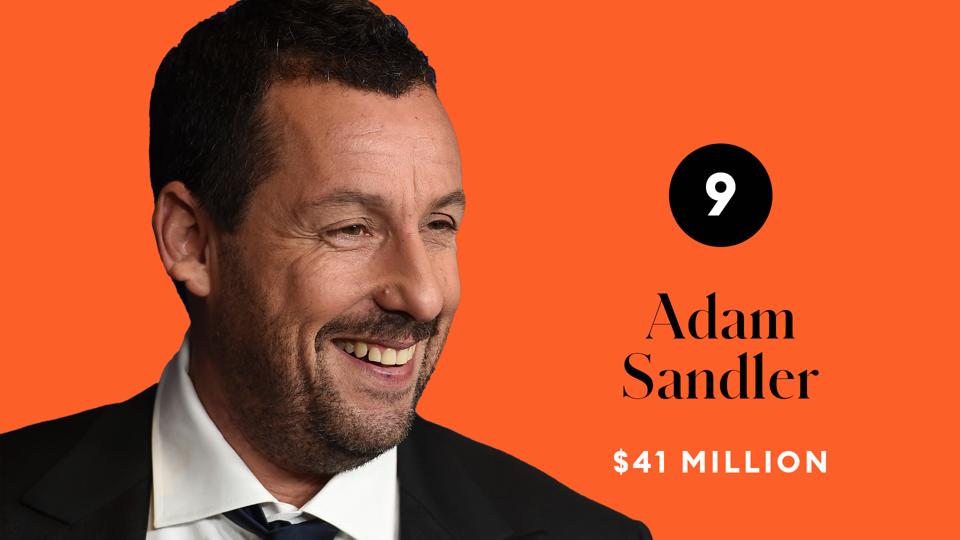 The comedian has found his home at Netflix. In January, he signed another deal to create four more movies for the platform after his film Murder Mystery became one of the streamer’s most-popular films of all time. 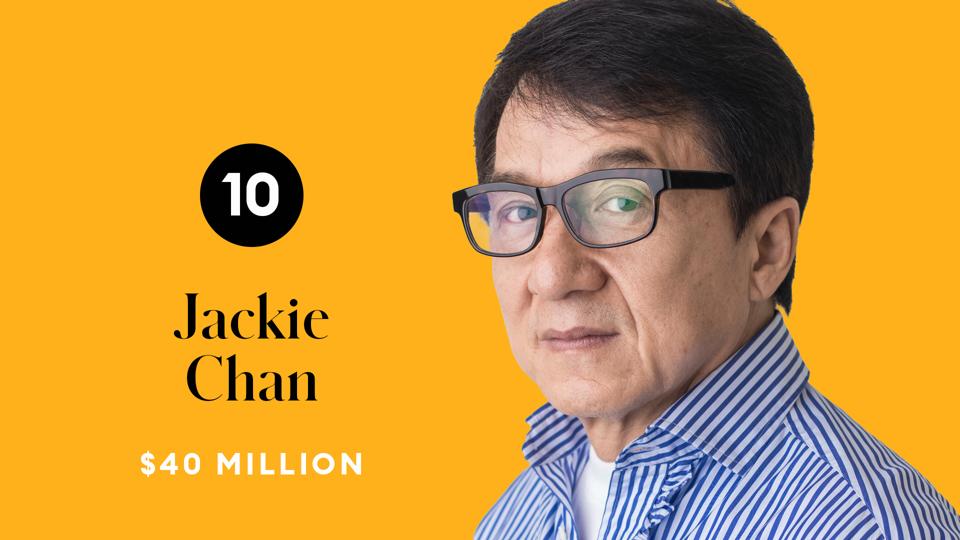 Six decades into his career, the martial arts star is as active as ever, making five movies in the past year. He pads his film income with millions from endorsement and licensing deals.

Methodology: Earnings estimates are based on data from Nielsen, ComScore, Box Office Mojo and IMDB, as well as interviews with industry insiders. All figures are pretax and reflect earnings between June 1, 2019 and June 1, 2020; fees for agents, managers and lawyers (generally 10%, 15% and 5%, respectively) are not deducted. The list of highest-paid female actors will be out next month.