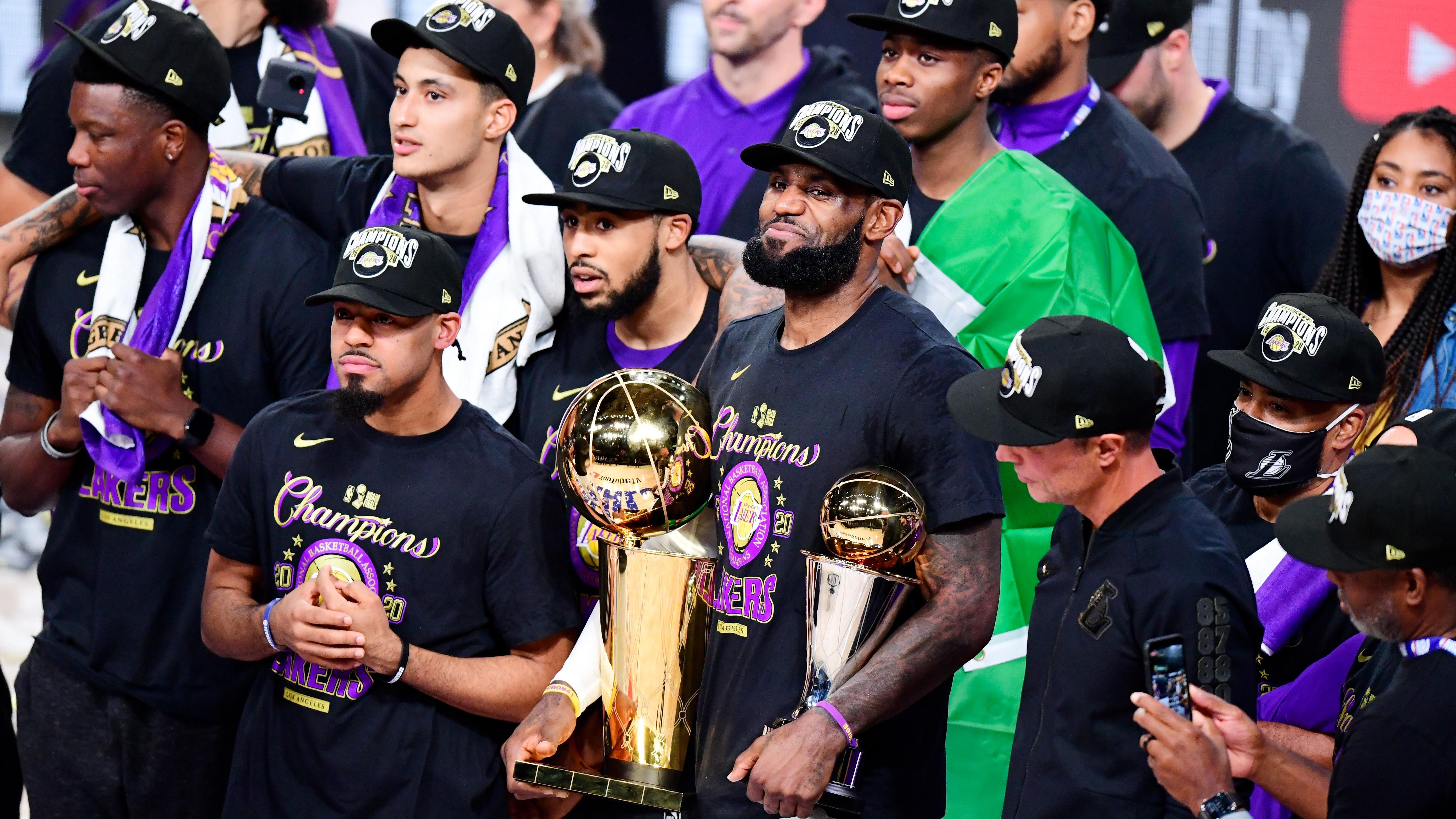 The Los Angeles Lakers are the defending NBA champions and if you listen to most media pundits or the betting odds, they’re the favorites to win it all again.

Despite the fact the Lakers already arguably had the most loaded roster in all of the NBA, they had one active offseason — one that was better than the rest of the league.

So considering the Lakers ran through the Western Conference playoffs last season — they lost just three games in the West before dropping two to the Miami Heat in the NBA Finals — why would anyone believe any team can knock off the 2020-21 Lakers? Especially considering they easily had the best and most active offseason of any team in the league?

While the Lakers should be the favorites to win the title entering the new season, watch out for one major weakness — their rebounding.

Remember that the Lakers did allow their top two rebounding big men from last season — JaVale McGee and Dwight Howard — to walk in the offseason. McGee was traded while Howard signed with the Philadelphia 76ers.

Although their departures weren’t met with much attention, they should be, because the Lakers don’t have any worthwhile replacements. And considering their inability to make a major signing or acquisition considering their limitations with the salary cap — they can only sign players to veteran’s minimum, one-year contracts at this point — Los Angeles won’t be making a move anytime soon to address the need.

As effective as Gasol can be as a floor spacer, dish man and pick-and-pop guy, he is a 35-year-old big man who has always been slow and is notorious for his inability to contribute on the glass.

Gasol’s 8.5 rebounds per 36 minutes would have ranked 57th in the NBA last season, below 6-foot-7 and 6-foot-8 swingmen such as Rudy Gay and Josh Hart.

If you’re wondering about Harrell, he’s not much better at 9.2 rebounds per 36 minutes. That ranked 48th in the NBA. And considering he’s only 6-foot-8, that means the Lakers don’t feature a single dominant rebounder at the big man positions.

If you were wondering, Anthony Davis ranked 44th in the league with 9.7 rebounds per 36 minutes. And considering he was the Lakers’ leading scorer last season, he can’t exactly solely focus on rebounding to mitigate the team’s upcoming rebounding weaknesses.

That means less putbacks, which means less second-chance points. The Lakers ranked second in the NBA last season in putback points, largely due to Howard and McGee. Los Angeles also ranked fifth in offensive rebounds — which you can forget about this season.

Howard ranked sixth and McGee 18th in offensive rebounds per 36 minutes. Meanwhile, while Harrell did rank a respectable 26th in the category — he hustles like crazy — Gasol ranked 138th below, right below Jordan Clarkson.

This weakness might not matter in the grand scheme of things. The Lakers do feature the most dominant star duo in the league in LeBron James and Anthony Davis. Although the Los Angeles Clippers with Kawhi Leonard-Paul George and the Brooklyn Nets with Kevin Durant-Kyrie Irving will have something to say about that.

Furthermore, if the lack of rebounding and the team’s lack of size do hinder the team early on, they could always pull off a trade before the deadline in late March.

Just remember, if the Lakers do come up short in their bid to repeat, it’ll come down to a lack of rebounding impacting second-chance possessions on both sides of the ball.

While Howard’s and McGee’s departures barely made a tick on Lakers fans’ radars, they will be noticed a lot more if the team’s one major weakness is exposed this season.