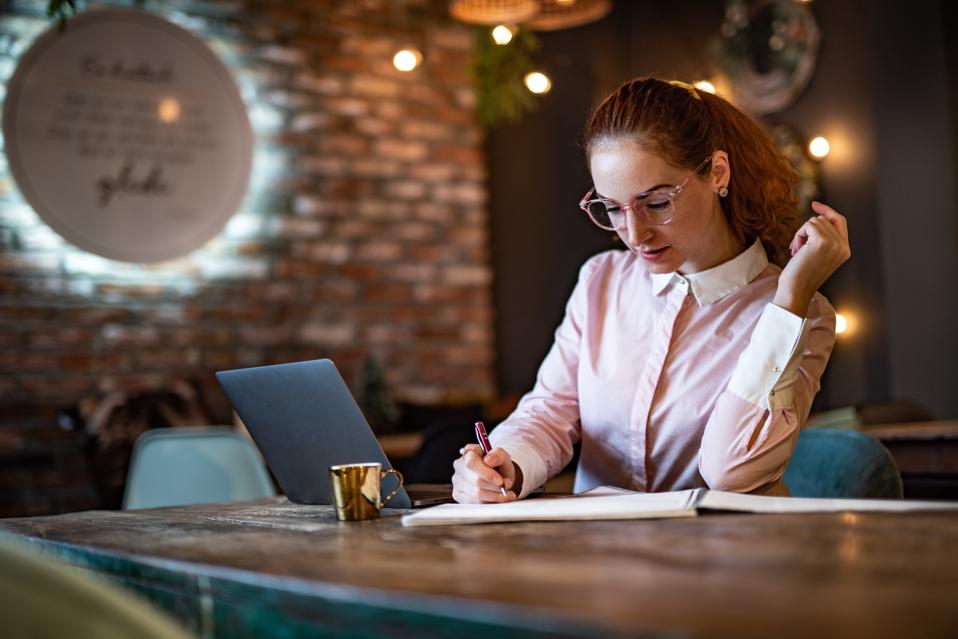 I fondly remember my graduation day, which was on the 25th of April. The master of ceremonies was going to announce the name of the student who bagged the title of best all-rounder for the postgraduate class of 2010. The award also entailed a cash prize worth $1,500.

I was hopeful of winning the title as I had worked tirelessly and visualized the entire scenario several times. “Mental rehearsal,” as scientists call it, is something that performers do quite often before a performance. Here, I was not going to perform something, but I was strongly intending to create an event that my mind had conceived.

Lo and behold, my crazy thought manifested. As I went up to the stage and received the award, I was reliving each and every moment that I had once crafted in my mind. This event left a deep mark on my consciousness, and getting to its root became a lifelong quest for me.

I first came across the idea of manifestation in the book The Power of Your Subconscious Mind by Dr. Joseph Murphy. It was a radical idea for a novice like me that our subconscious mind has the ability to create things that it envisions. Later on, my introduction to The Secret by Rhonda Bryne, the deep ancient wisdom and astounding experience of pranic healing, and the work of visionaries like Dr. Bruce Lipton, Joe Dispenza and Paramahansa Yogananda brought a complete shift in my thinking. I found purpose in helping people and organizations apply this simple yet powerful concept.

The concept of the Law of Attraction is fundamentally an ancient concept embedded in universal laws. It asserts that our life is our own creation. We, as a consciousness, have the ability to influence and create our life events. Many of us have already experienced the manifestation of something that we imagined. Almost all major religions talk about this concept in one form or another.

Quantum physics offers a probable explanation for the feasibility of this law. One of the founding fathers of quantum physics and Nobel Prize winner Max Planck once said, “As a man who has devoted his whole life to the most clearheaded science, to the study of matter, I can tell you as a result of my research about the atoms this much: There is no matter as such! All matter originates and exists only by virtue of a force which brings the particles of an atom to vibration and holds this most minute solar system of the atom together… We must assume behind this force the existence of a conscious and intelligent Mind. This Mind is the matrix of all matter.”

This infinite and intelligent mind is the entity our ancestors referred to as infinite consciousness. It’s believed that we, being part of the infinite and powerful consciousness, have the ability to influence matter and fulfill our desires. This revelation is proved by various research studies conducted on prayer, which is a powerful tool for manifestation. In one study, women who had been prayed for had nearly twice the rate of pregnancy as those who were not prayed for. Another study conducted on 22 bush babies states that the animals who were prayed for had a greater improvement in wound size versus those who weren’t prayed for.

Another study conducted by French researcher René Peoc’h had an interesting outcome. The experiment involved a self-propelled robot that normally wandered aimlessly and randomly around a room. When a cage filled with live chicks was brought in, the chicks imprinted on the robot as if it was their mother, and the robot started spending more time in the area that was closer to the chicks. Peoc’h concluded that the intention of the chicks to stay close to the robot (their perceived mother) manifested dramatic change in the robot’s movements.

Let’s have a look at some simple ways in which we can practice this powerful concept to see changes in our life:

1. Get clarity on your outcome. This step is like the base of a building: Without it, nothing stands tall. You need to be crystal clear about the outcome you seek and the intention behind it. There shouldn’t be any vague idea about it in your mind. An image in the mind must represent your outcome.

2. Get in a gratitude state. “GIGS,” as I call it, is all about tapping the power of gratitude. Gratitude is an energy amplifier. It puts us in a powerful manifestation state. The key is to practice gratitude for events and things you are truly grateful for. Spare 10 minutes each day to journal about them.

3. Visualize. Once you have a clear intention and feel grateful, start visualizing the outcome. The steps should be followed seamlessly. Visualization should be so realistic that you should feel like the event is being lived by you in that moment itself and you feel the emotional and mental intensity of its occurrence. If you can recall a fearful thought and feel the fear, you can also recall a beautiful experience and feel good.

4. Surrender. Come hell or high water, you must surrender. You must surrender the outcome to a greater intelligence. This helps you detach. Hence, you won’t generate fear or doubt in the process. Faith moves mountains.

These are four simple steps to manifest anything in life. Practice them religiously, and master them like any other skill.

Einstein said, “Imagination is everything. It is the preview of life’s coming attractions.” It’s time to imagine.

Forbes Coaches Council is an invitation-only community for leading business and career coaches. Do I qualify?