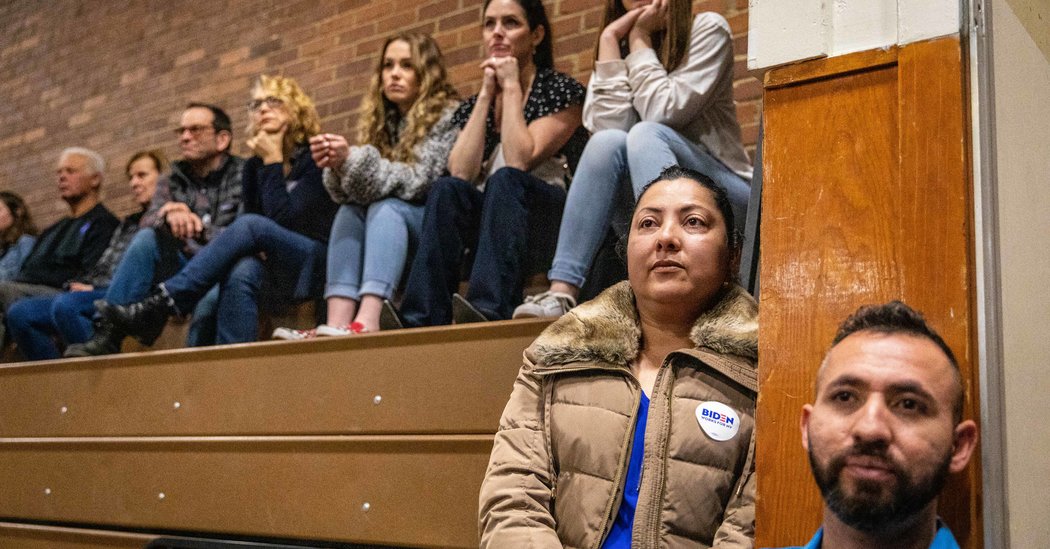 In the hours after the Iowa caucuses last Monday, officials with the Nevada Democrats watched cable news with increasing alarm. They were supposed to use a similar app to count the results of their own caucuses weeks later. Their questions to Iowa officials and the technology developers went unanswered.

By early the next morning they had scrapped those plans, issuing a statement that confidently proclaimed, “What happened in the Iowa caucus last night will not happen in Nevada.”

But more than a week later, and with early caucusing set to begin on Saturday before the Feb. 22 contest, presidential campaigns are growing increasingly anxious over an urgent question: How does Nevada plan to avoid Iowa’s fate?

Nevada Democratic officials announced new details on their plans on Thursday, writing in a memo that they planned to provide all caucus precinct chairs with an iPad and would rely on a calculator and Google forms to tabulate the totals.

“We are actively testing this process and will continue to ensure volunteers receive robust trainings,” Alana Mounce, the executive director of the Nevada State Democratic Party, wrote in the memo.

But the memo may do little to comfort campaign officials who are worried that their months of effort in the state will dissolve into chaos. And a results-counting disaster could prove even more consequential in Nevada: The state’s diversity — roughly 30 percent of voting-age residents are Latino, and another 10 percent are black — has made it a crucial part of the early primary season.

The Nevada Democrats had been set to use Shadow, the same app technology that Iowa had relied on to tabulate and report the results, and the state party had paid roughly $60,000 for the contract. And while party officials said that they had tested the app without any problems in the weeks and months before the Iowa contest, they immediately moved to abandon it after the fiasco in the state without a firm backup plan in place.

Thursday’s memo outlines a process for caucus chairs to be given a paper copy of all information and calculations along with the iPad.

Ms. Mounce and other party officials have put on a brave public face in recent days, trying to assure everyone that things are fine. But even as they are said to be working around the clock to come up with an alternative plan for next week, the lack of public information has led to confusion and exasperation.

“We’re not hearing a whole lot, and we’re growing increasingly frustrated,” said one presidential campaign aide, who spoke on the condition of anonymity to discuss private conversations. “We were trying to be very understanding, give them space, but all we’ve gotten are convoluted and vague statements.”

Nevada’s roughly 2,000 caucus precincts are overseen by volunteer captains. Ms. Mounce said that the party had secured more than enough volunteers to staff the sites, and that many had begun training weeks ago. But because the training incorporated the now-abandoned app, it is now effectively obsolete. Many precinct captains have tried to complete what are billed as “refresher” courses this week, only to be told that an update will come later in the week.

“They’re trying, but it’s a bit disappointing,” said one volunteer, who declined to be named because he did not want to publicly criticize the state party.

In most ways, the caucuses in Nevada work as they do in Iowa, and Democratic officials have emphasized the ease of the process: You show up at your local precinct, often a nearby school or community center, find the sign with your chosen candidate and wait a few minutes to hear whether your candidate is viable — caucus-speak for having at least 15 percent of all support in the precinct. (If there is a tie in the precinct, a deck of cards is used to break the tie; whichever campaign pulls the highest card, gets the delegate. Iowa relies on a coin-flip in case of a tie.)

But one of the most vexing problems is how to handle early caucus sites, which were introduced this year to make participation easier. Beginning on Saturday, caucusgoers at more than 80 sites will use a paper ballot to rank their first, second and third choice for the Democratic nomination, and can also add fourth and fifth choices.

The challenge is what to do with the early caucus numbers once they have been tallied. The now-discarded app was supposed to make it easy. Officials said Thursday that they would not transmit the results of the early caucus sites to precinct captains until caucus day, when they will use the iPads.

Nevada’s early caucus process is relatively new, having debuted in 2008 after Senator Harry Reid pushed to move the state earlier in the primary calendar. Mr. Reid and other party officials have defended the caucuses as a way to engage grass-roots activists in the increasingly liberal state.

Mr. Reid, who is now retired but remains active in state politics, is widely seen as having one of the strongest state party apparatuses in the country. And he seems to view Iowa’s problems as an opening for Nevada to move even closer to the front of the line of presidential nominating contests.

“Iowa has forfeited its chance to be No. 1 — I don’t think that’ll happen anymore,” Mr. Reid said in an interview with Vice that was published Wednesday. Nevada, he added, is “really a state that represents what the country is all about.”

But with the debacle in Iowa, the pressure is on Nevada as never before. Officials from the Democratic National Committee have been dispatched to Las Vegas as the party continues to scramble and test other options. Tom Perez, the D.N.C. chairman, plans to arrive in the coming days.

“The D.N.C. is working with the Nevada Democratic Party and we are confident that they are doing everything they can to implement the lessons that have been learned from this process,” said David Bergstein, a spokesman for the committee. “We have already deployed staff and will continue to work with them in the coming days.”

But campaigns say that with just a few days until early voting begins and little clear guidance from the party, they are increasingly anxious that the process will break down before the caucuses begin. Party officials have said that they would rely on paper worksheets, just as they did in previous caucuses in 2008 and 2016. Still, the biggest challenges are dealing with two new demands this year: reporting both the raw total vote as well as delegate counts, and figuring out how to calculate the effect of early votes.

“The people in charge have no idea what they’re doing,” said Gregory Miller, the executive director of OSET, an election technology nonprofit research group. “They don’t know what to do and the days are numbered. All of this should have been locked and loaded a long time ago.”

Having watched Iowa Democratic officials on their apology tour, Ms. Mounce has no desire to experience anything remotely similar. The question is how she can be so certain that something similar does not happen — and whether the new plan will make sense to volunteers running the caucuses.

“Believe it or not, we feel good, we feel confident,” she said. “We have a redundancy plan that is being fully evaluated to make sure it is simple, efficient and secure.”

Because of the complicated math involved in tallying the results from the early caucus sites to live precincts, it would be exceedingly difficult to rely on volunteer precinct captains to make such calculations, local party activists said.

“I’ve been encouraging all my friends to go to an early caucus site and just be done with it,” said Robert Murillo, a precinct captain in Henderson, Nev., a Las Vegas suburb. “Just based on history, it’s going to be a chaotic day. I am assured that we have a better path than Iowa, but there’s going to be headaches of some kind. You can put lipstick on a pig, but it’s still going to be a pig.”

Some of the confusion in Iowa had nothing to do with the app itself, and instead the way the results were reported. This year, the Democratic National Committee required both Iowa and Nevada to release not just the winner of state delegate equivalents, as they had traditionally done, but also two raw vote tallies. But reporting more results makes the process even more difficult.

By Thursday morning, there was still no word on how those results would be released.