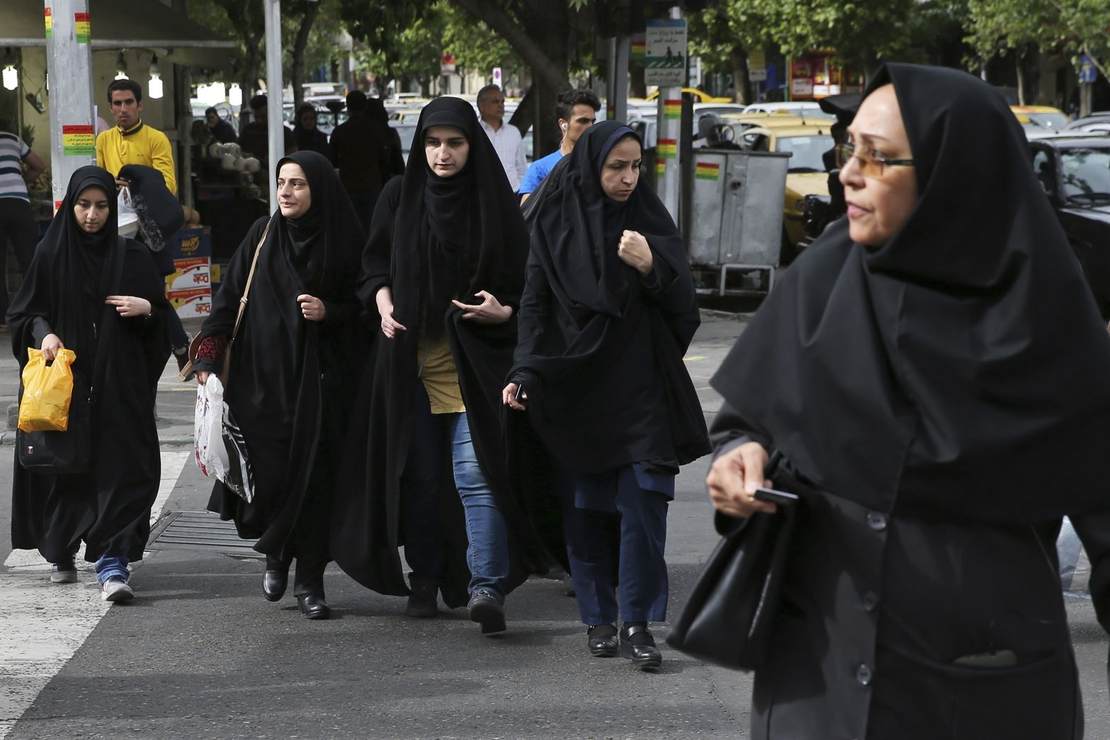 It’s like that song by the Eagles, “Hotel California.” Iranian women filmmakers premiering new work at the Sundance Film Festival understand that the consequences of pursuing their careers mean they can no longer expect to be able to return to Iran.

One filmmaker described the personal conflict and the sacrifices being made. “I can’t go back. I can go, but I can’t leave. Hotel California. But I do dream about going back. It was very hard for me. My grandmother passed away recently and I couldn’t go back.”

Maryam Keshavarz, Noora Niasari, and Sierra Urich participated in a panel discussion. The three women are presenting two narrative features and a documentary at the film festival. None of them deal with the anti-regime protests underway in Iran. They are family stories focused on the Iranian diaspora and the regret and rebellion it causes.

“The woman-led revolution in Iran broke out while we were directing the film and it really propelled us to finish it. [It] gave us a unique energy so that we could amplify the stories of Iranian women,” said Niasari. Her film Shayda follows an Iranian woman living in Australia who flees to a shelter with her frightened six-year-old daughter to escape her husband, Hossein, whom she wants to divorce. Shayda (played by Zar Amir Ebrahimi, 2022 Cannes Best Actress winner for Holy Spider) is Niasari’s mother. “My mother’s story, my story, are [like] millions of our stories, and I just hope our films can be a drop in an ocean of change.”

Not being able to go back to their home country is difficult but the decision to go ahead with their projects was made with the support of family.

Niasari said she faces a similar situation. “But sometimes we have to make those choices as artists. It’s a very difficult position to be in when you have family there. I guess that’s the cost of telling the truth and telling our truth.”

The first-time director said she began grappling with the risk just as Shayda was about to be financed. “Can I go back to Iran? And my mother would not be able to go back either, and I asked her, ‘What do you want me to do?’ Because I was putting her in this position too. And she was like, ‘I want you to make the film because I came to this country to give you freedom and I don’t want you to have to censor yourself as an artist.”

One of the three women was raised in Vermont and has never traveled to Iran. His parents fled the country before the Iranian revolution.

Ulrich, here with documentary Joonam, grew up in rural Vermont where her parents fled just before the Iranian revolution. Her film turns to her mother and grandmother, Mitra and Behjat, for a portrait of three generations of women and their complex relationship with Iran.

Unlike Keshavarz and Niasari, she’s never been to Iran but has longed to go. “It’s a Catch-22. The more you try to be connected, or you’re an artist and you’re speaking freely, the more you are put in a situation where it’s not wise to go,” she said. “But what other choice do we have? It’s our duty to speak freely about our experiences even if that means being cut off from a place that we feel so connected to.”

Iran’s Supreme Court is going to rule soon on whether to release a jailed filmmaker, Jafar Pahani. His original sentence of six years for “propaganda against the system” in 2010 was overturned last October and the court called for a retrial. The women directors at Sundance said that the current protests and the imprisonments and executions are solidifying the bonds of Iranians around the world.

“We think of revolution as what we see on the street, but women have been pushing the boundaries and putting themselves at risk on every level,” said Keshavarz. “It’s been an ongoing struggle for decades.”

The women and their families are brave to stand up for artistic freedom and to tell the stories of Iranian families. As they said, none of the films address the anti-regime protests. The oppressive regime stifles women from working and from basic freedoms such as how they dress in public. The latest protests which began in September were over the death of a 22-year-old woman who was beaten and jailed for not wearing a headscarf properly in public. The country’s morality police are brutal and unrelenting. The women and their supporters are continuing to lead protests against the regime. The regime is becoming desperate to end the protests. The threats and punishment against the protesters are escalating.